Introduction to Invasive Plants in Maryland 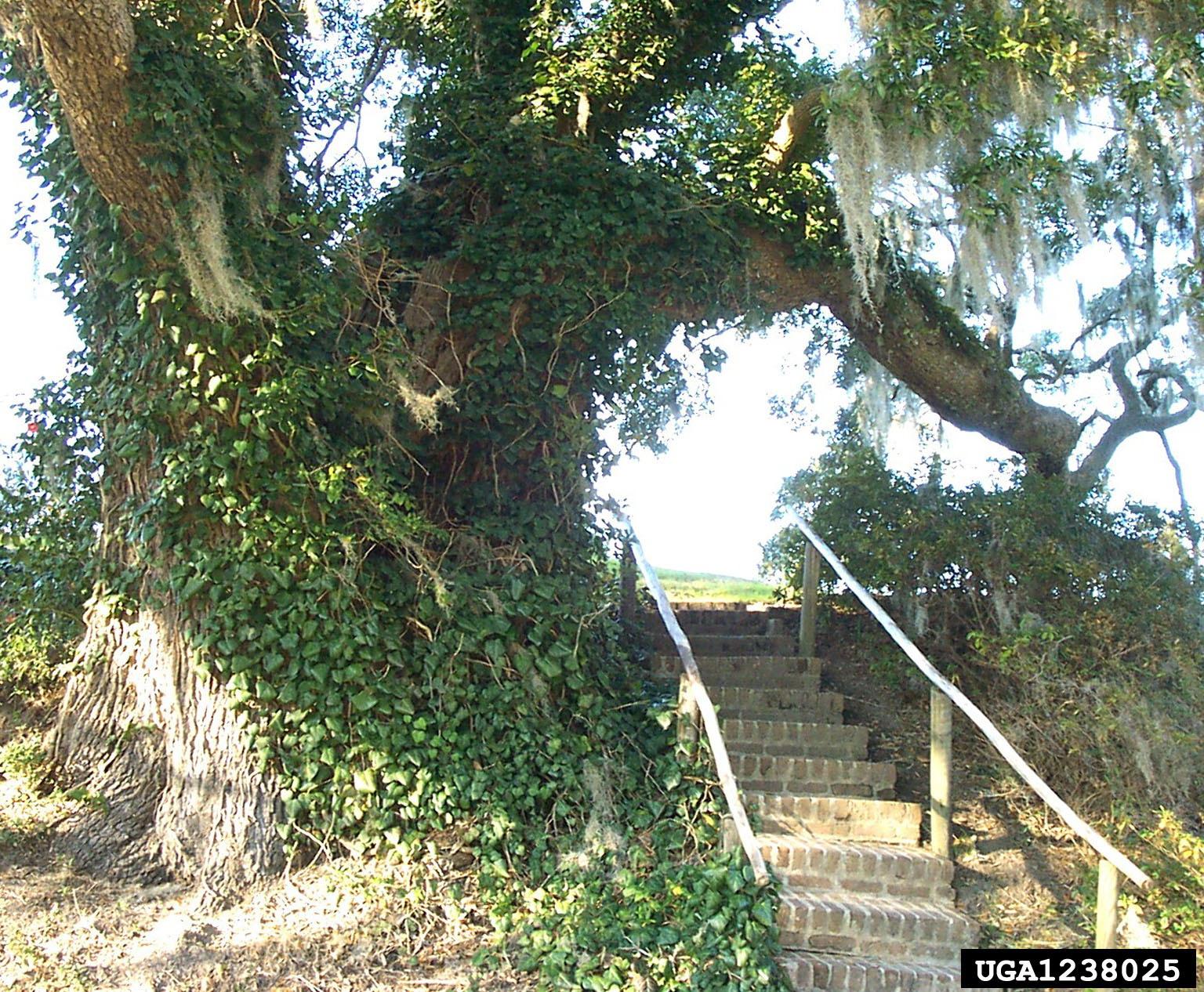 Examples of the negative impact on pollinators, wildlife, and natural areas caused by invasive plants

What other problems do invasive plants create?

Invasive plants displace native plants, reducing both the amount of native plant cover and the number of native species present in an ecosystem. This decline reverberates up the food web, causing, for example, losses in insect and songbird diversity. This type of damage can usually be reversed by removing the invasive plants and allowing natives to re-establish on their own, or if the seed bank is depleted, by planting nursery-grown natives. However, some invasive plant species alter the very structure or function of the ecosystems they invade, so that those ecosystems no longer provide growing conditions suitable to their original flora. To restore these areas, it is usually necessary to address the ecosystem-level changes that have occurred before re-introducing native vegetation. Here we describe some of the plant species that have invaded and altered Maryland ecosystems.

Destruction of the physical structure

Invasive vines provide an extreme example of the destruction of the physical structure of an ecosystem.
Kudzu, porcelainberry, wisteria, Japanese honeysuckle, English ivy, and Oriental bittersweet are invasive vines that, given enough time, will kill trees. If intervention is early enough, such a forest can be restored by simply killing the vines. Once the canopy layer is destroyed, however, removal of the vines yields a site that is too sunny for forest plants. At that point, restoration requires the establishment of a native meadow containing early successional trees, and a long-term monitoring and maintenance program.

Fire frequency is another important ecosystem characteristic. Cheatgrass is an alien, annual species that is adapted to very frequent fires, more frequent than any of our native plant communities. It dries out in late spring/early summer. This creates highly flammable material at a time of year when it would not be found in native ecosystems. Cheatgrass-invaded habitat is like dry tinder waiting for a spark. When fire does occur, it favors even more cheatgrass invasion. The increased fire frequency in the Western United States is partly due to cheatgrass. Cheatgrass also occurs in Maryland, where it invades native meadows, degrading valuable plant, pollinator, and songbird habitats. Thanks to our more humid climate, however, it does not cause large-scale fires and loss of human life. Controlled burning is a technique that is frequently and successfully used to restore native meadows that have been invaded by alien plants, however, this technique would be a poor choice if cheatgrass were present.

The successional stage is another important ecosystem characteristic. In our region, when a forest is disturbed by a storm or fire, the opening becomes a meadow, then shrubland, and finally a forest again. This process, called natural succession, normally takes about 20 years. While the meadow gap is open, it provides much-needed meadow habitat to plant and animal species that cannot live in the forest. The invasive alien tree Callery (a.k.a. Bradford) pear cuts the meadow/shrub phase down to less than 5 years, depriving our region of meadow habitat. We do not yet know how the interruption of natural succession will affect native forests of the future.

Invasive plant species excel at using nutrient-rich soils to support rapid and abundant growth. Many invasive plant species alter soil chemistry in a way that gives future generations of invasive plants a competitive advantage. Common reed, for example, has roots that go deeper than other marsh roots, collecting nutrients other plants can't reach. Each fall the decaying stems and leaves release those nutrients to the soil, creating the perfect medium for growing more common reed. Johnsongrass, listed as a noxious weed by the Maryland Department of Agriculture, also does this. Japanese stiltgrass and barberry take it a step further, changing the pH of the soil, too. The more amenable, nearly neutral (6.5 - 7.5) soil pH favors more barberry growth.

Barberry's altered ecosystem has changed the animal community as well. Changes in soil chemistry are accompanied by higher densities of alien, invasive earthworms. The invasive worms rapidly break down forest floor leaf litter, causing higher rates of erosion and more sediment in local streams. Barberry also changes the microclimate, creating higher humidity which is ideal for blacklegged ticks (a.k.a. deer ticks), the hosts of the bacteria that causes Lyme disease (Ward and Williams 2012).

Hydrilla is an aquatic plant that alters ecosystem structure by establishing dense surface mats that shade out the native vegetation below. The mats are so dense that they impede water flow, resulting in zones of low oxygen and accompanying fish kills. Surface areas of stagnant water provide ideal habitat for mosquito larvae. Hydrilla hosts a bacteria that poisons aquatic birds that consume it. This poison can move up the food chain, as documented when some bald eagles in Georgia ate poisoned water birds and died (Simberloff, 2013).

What can I do to reduce invasive plants?

3. Educate yourself and others