What is a Native Plant?

Native plants are not defined by state or political boundaries

The concept of natural range is so central to the definition of native plant that we cannot meaningfully say a plant is native without saying where it is native to. Political boundaries fail us in this regard, as they usually lack any geologic or climatological significance that would influence the conditions of co-evolution. The Mason-Dixon line, the northern border of Maryland, is a prime example of a political boundary of no ecological significance. 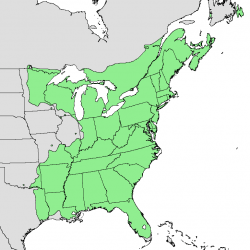 This science-based definition of a native plant may be helpful to you in discussions about native plant species and their ecological role. 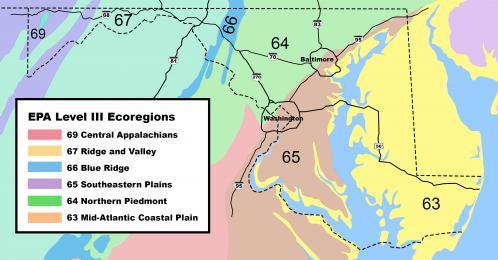 Even within their natural range, native plant species are genetically adapted to local growing conditions. This adaptation is typically referred to as "local provenance" or "ecotype." An ecotype is a subset of a species that possesses genetic adaptation to local growing conditions. Sometimes ecotypic adaptations are visible to us as variations in shape, size, or color. Other ecotypic adaptations are not readily apparent, for example, adaptations to various soil chemistries, minimum winter temperatures, and drought tolerance. Even if you can't see the differences, it is still important to get the correct ecotype for your project site.

Butterfly milkweed is one of our most popular native plants. The species contains three visibly distinct ecotypes, whose distributions are indicated here in red. Maps from the USDA Plants website.

So in a landscaping project, the question becomes:

To be clear, that second question is not "Where should the business I buy native plants from be located?" It's about where the plants co-evolved, in other words, where were the seeds used to grow the plants wild-collected from?

The US Forest Service recommends that, for optimal benefits, native plants be sourced within the same U.S. EPA Level III Ecoregion. Research has shown that ecoregion maps provide good estimates, in most cases, of the optimal ranges for the transfer of native plants. Additionally, the U.S. Forest Service recommends moving native plants no further than a half USDA Plant Hardiness Zone to the north or south. You don't need to superpose Level III Ecoregion and Plant Hardiness Zone maps yourself because the US Forest Service has already developed "seed transfer zones" (STZs) maps for the entire United States. 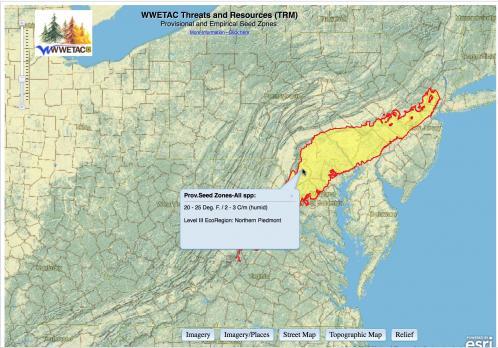 An STZ, like the one shown above, is "an area within which plant materials can be transferred with little risk of being poorly adapted to their new location." To find the STZ for your project, visit the WWETAC Seed Zones WebMap and click on the "Provisional Seed Zones" tab.

Why Include Native Plants in Your Garden?

Weakley, Alan. 2020 and 2022. Flora of the Southeastern United States. https://ncbg.unc.edu/research/unc-herbarium/flora-request/