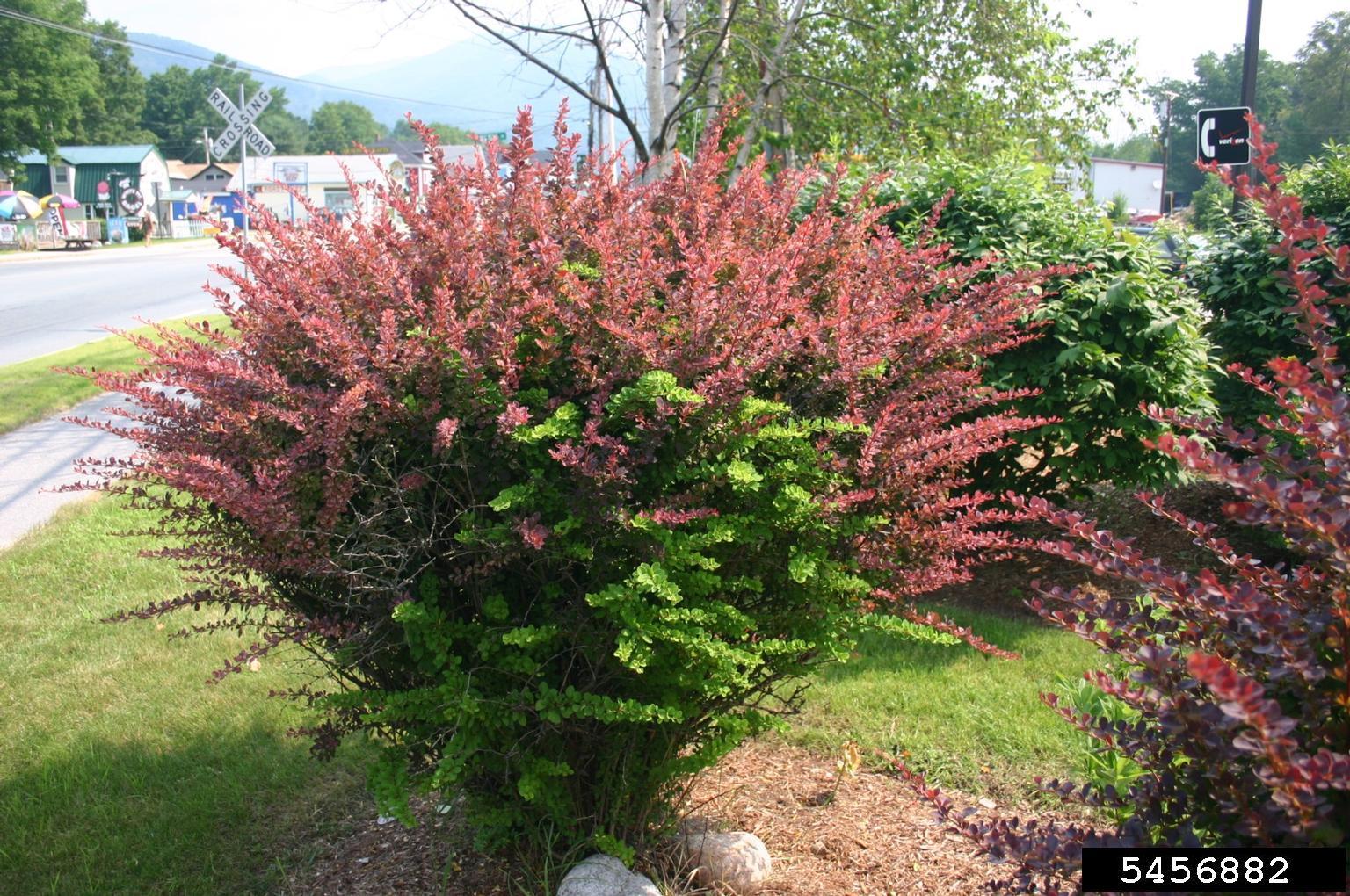 How do I know what is considered an invasive plant?

While neither category requires the removal of existing plants growing on private property, it is still strongly recommended.

You may see some species referred to as “noxious weeds,” and while these also are invasive plants, they tend to be species that are not intentionally planted, like various thistles. The MDA also publishes a list of state noxious weeds; Maryland’s definition of noxious is “an annual, biennial, or perennial weed or plant that adversely affects or threatens agricultural production.” Regulations require landowners to remove noxious weeds on private and public land, and county-level MDA programs help residents with control efforts. The USDA produces the nationwide (PDF) Federal Noxious Weed List.

One more term is used with regard to weedy behavior by non-native plants: “naturalized.” A plant that naturalizes is able to spread on its own in areas where it is not native and maintains its escaped populations without human help. While they may not be aggressive enough to be deemed highly hazardous to native species, they do persist while not being part of that local plant community, so their wildlife benefit is limited at best. Examples of naturalizing plants are some of the spring-blooming bulbs, such as crocus, squill, daffodil, and winter aconite. Confusingly, some native plant catalogs may describe a self-sowing species as good for naturalizing, so it’s important to note if a species described in this way is locally native or not.

Other agencies and organizations in our area that compile invasive species lists to consult include:

These lists overlap greatly in content as people collaborate to identify, document, and propose regulatory oversight on invasive plants occurring in our state or in ecosystems we share with neighboring states.

How can I identify a suspected invasive plant?

Characteristics of flowers, foliage, fruit/seeds, roots, bark, growth habit, habitat or location, and other features help to identify plants and distinguish one species from another.

Plant age, stage of growth, and responses to trimming or herbicide treatments can alter their appearance.

Invasive plants sometimes look like related native plants, making exact ID trickier. If you need help identifying a plant, you can submit photos and a description to Ask Extension. Plant-identifying apps and social media groups can help suggest possibilities, but be aware that apps can sometimes suggest candidates unlikely to be in your ecosystem or location, or can confuse unrelated species having similar appearances.

How a plant behaves in your yard can sometimes suggest how it would behave in wild areas, but this is not a foolproof way to judge a plant’s invasiveness potential. Plants that are weedy in your garden might be aggressive in disturbed wild areas as well, but those that don’t self-sow in your yard can still be carried into wild areas by wind or animals that consume seeds.

These are the more insidious invaders, as they don’t show immediate signs to the home gardener of troublesome reproduction. For example, Japanese barberry and burning bush rarely riddle your own yard with seedlings, but those seedlings do take over elsewhere and degrade habitat. Birds eat the berries, depositing the seeds in woodlands where they germinate and take over the understory because deer do not eat them.

The only source for those new colonies is from plants used in commercial and residential landscaping.

Ornamental horticulture has recently introduced an array of seedless or nearly-seedless cultivars of plants otherwise known to be invasive. They are considered “seedless” because they either can’t form seeds at all or because the seeds they do form are not viable, and so can’t germinate.

Some states have banned the sale of invasive species while allowing specific seedless cultivars due to their lessened environmental threat. While this may help stop the direct spread of seedlings into wild areas, it is not a complete solution, since these plants often can still flower and their pollen can fertilize the flowers of escaped plants, allowing them to produce seeds for further spread.

For example, sterile or nearly-sterile cultivars exist for barberry, nandina, and Callery pear, plus other weedy species that aren’t specifically regulated as invasive, like rose-of-Sharon and butterfly bush.

Resources for making comparisons between similar-looking species include:

Some native species can be aggressive and act like weeds in managed landscapes; examples include trumpet vine, Virginia creeper, and various asters and goldenrods. Due to this, you may assume they are invasive when they are actually native, so you won’t necessarily find them on invasive plant ID pages. Resources for native species identification include:

To prevent accidental contamination of compost, mulches, or soils, make sure that plant parts are fully dried or destroyed before disposing of them in a municipal waste stream. You will have to ask your local yard waste or municipal solid waste collection agency about their acceptance of invasive species debris; some may compost materials hot enough to destroy seeds and roots while others may not. Burning invasive plants is not recommended for homeowners. It’s a significant safety hazard, requires a permit from the local fire department, and may aerosolize harmful compounds in the plant’s tissues. (For example, Poison Ivy, while not invasive, may be among removed debris and its airborne sap can cause respiratory damage.)

UConn Plant Science and Landscape Architecture | (PDF) Disposal of Terrestrial Invasive Plants. Some of the recommendations are applicable to Connecticut only.

Invasive.org | The University of Georgia’s Center for Invasive Species and Ecosystem Health. This invasive species list is for all of North America and is most useful if you already know the name or family of the plant you want to research.

(PDF) Do you have a weed, noxious weed, invasive weed, or "superweed"? | Weed Science Society of America