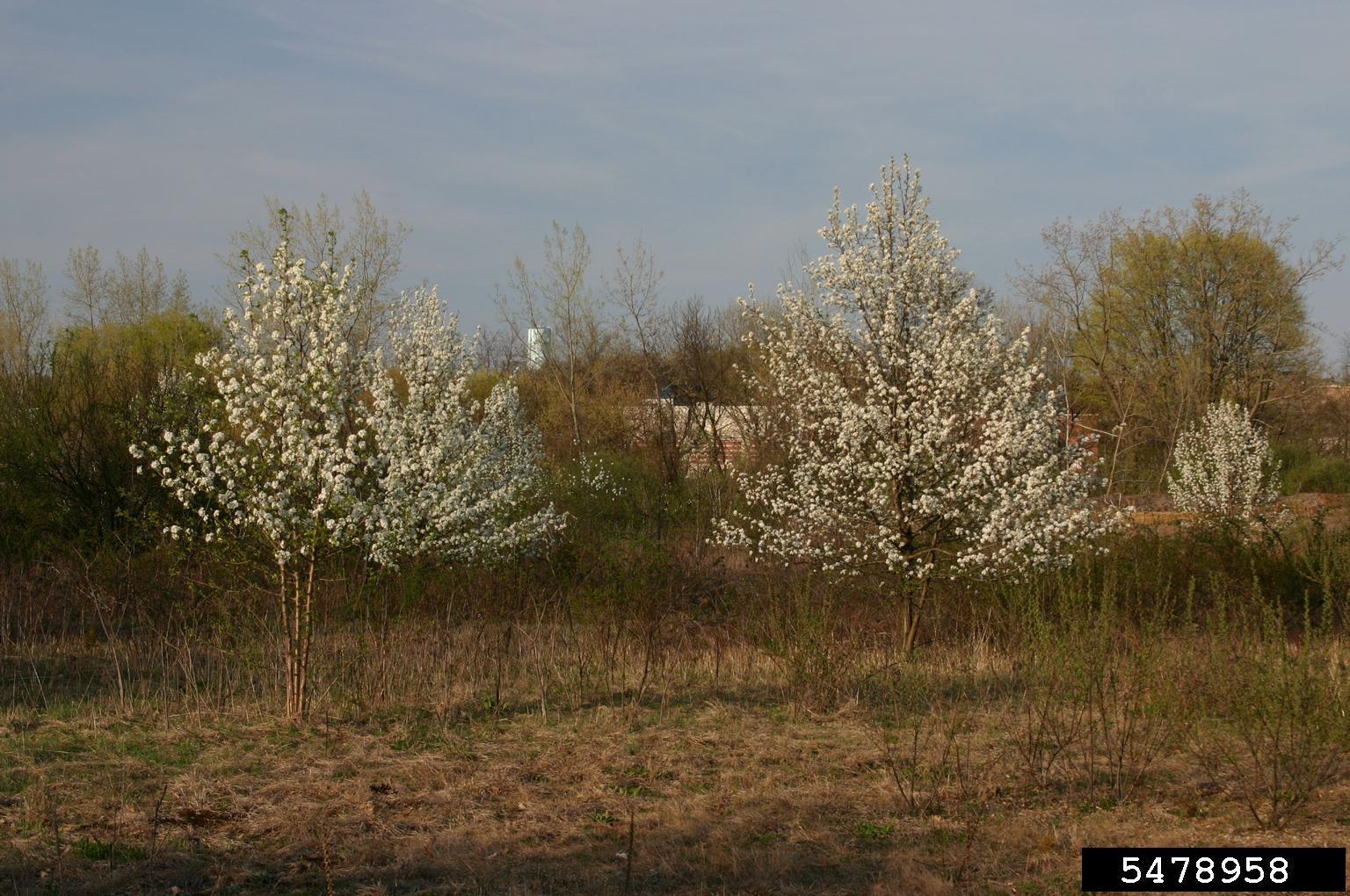 No longer a recommended tree for planting, it is highly invasive.

A deciduous tree bearing clusters of white flowers in early spring. One of the first spring trees to bloom in Maryland. ‘Bradford’ is a very common cultivar of Callery pear. Its rapid growth, dense foliage, and a profusion of flowers made it a highly desirable tree for landscapes and it was planted widely. Forms dense, thorny thickets in wild areas; out-competes and prevents the growth of native plants such as Eastern redbud  (Cercis canadensis)  and serviceberry (Amalanchier canadensis).

Seeds are dispersed by birds and small animals that eat the fruits. The original ‘Bradford’ pear was introduced in Maryland and was self-sterile (unable to receive pollen from the same cultivar). Now it cross-pollinates with many other non-sterile callery pears and produces viable seeds.

Grows in a wide range of soil conditions. Prefers full sun and tolerates partial shade. Very common along highways and roadsides, disturbed woodlands, and old fields. No longer recommended as a street tree.