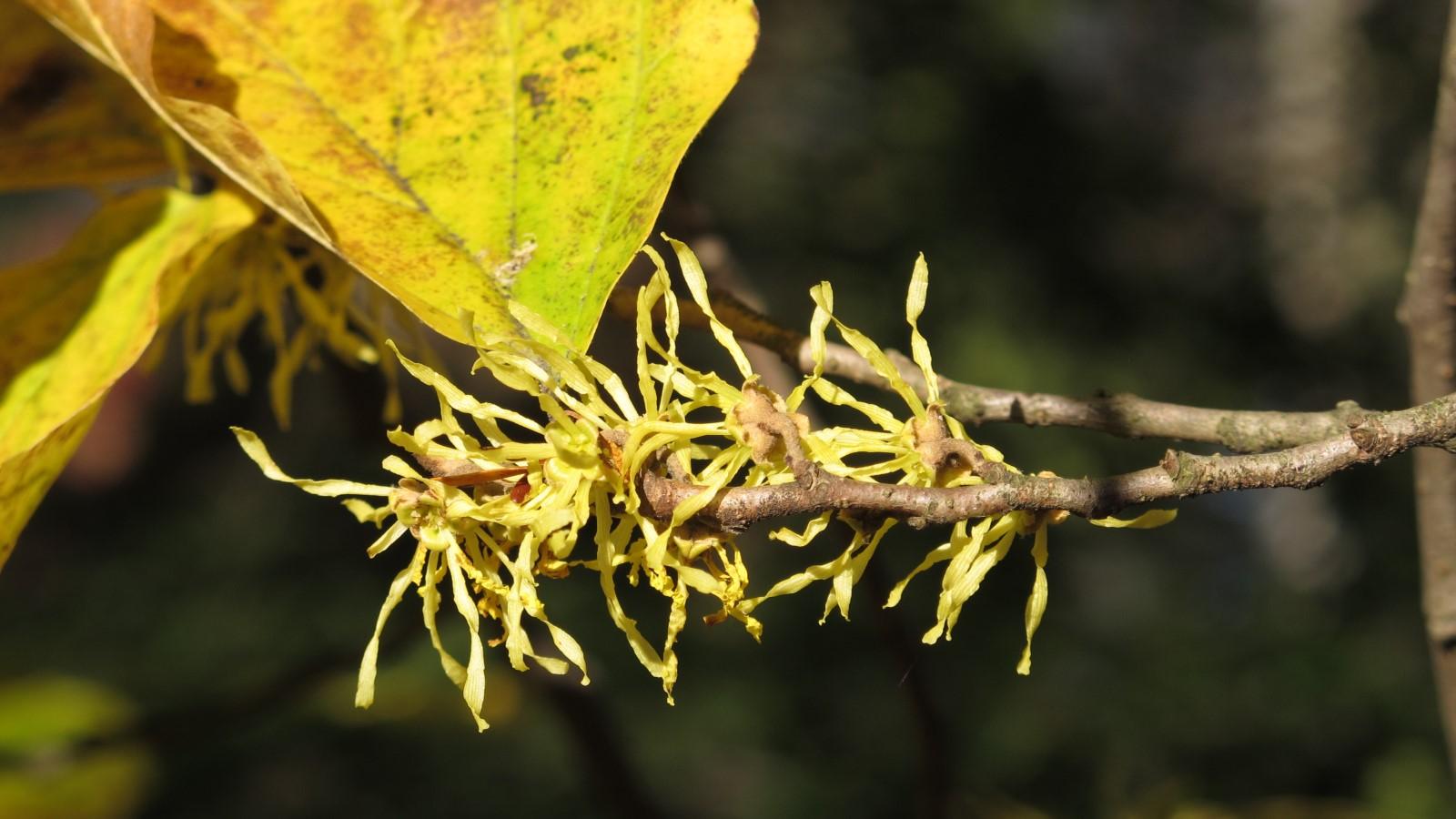 Garden Uses: Common witchhazel extends the garden’s flowering season and provides resources to late-season pollinators. Considered a large shrub or small tree, it pairs well with an underplanting of low-growing perennials like woodland ephemerals or other shade-tolerant wildflowers such as wild ginger, green-and-gold, and wild blue phlox.

Multi-stemmed and deciduous, witchhazel develops a vase shape with maturity: a wide and flat-topped canopy with a narrow base. Emerging young foliage may be reddish-bronze. Established plants are tolerant of occasional heavy pruning to completely rejuvenate growth or periodic thinning to selectively remove the oldest stems.

Leaves shed late in autumn and plants usually begin blooming before leaves have fallen. This can obscure some of the blooms, especially since both foliage and flowers are similar shades of yellow. A few dried leaves may also persist into winter. In cold temperatures, the petals coil to retract, and unfurl again when the weather warms. Flower fragrance is also more detectable during milder temperatures, though still may be faint.

Wildlife: The seeds disperse many yards away from the plant by explosively popping out of their drying capsules, so support ground-foraging birds such as Ruffed Grouse in Western Maryland and Northern Bobwhite and Wild Turkey state-wide. Seed capsules may also be eaten by small mammals.

The horizontal branching is appealing to several low-nesting bird species, including Wood Thrushes and Flycatchers.

Blooms are visited by select species of moths, gnats, and small bees.

Two native aphid species, the Witch Hazel Cone Gall Aphid and the Spiny Witch Hazel Gall Aphid, can create galls on witchhazel foliage or seed pods, respectively. They do not harm the plant and do not need managing. Both aphids may also use river birch (Betula nigra) as a host, but they similarly cause no serious damage to the tree, and many natural enemies prey on aphids.

Growth habit of common witchhazel in a garden setting in early March.

Appearance of common witchhazel cultivar 'Mohonk Red' in a garden setting in late October, illustrating the more upright growth habit typical of plants grown in a mostly-sunny exposure. This plant has begun to bloom, though the flowers are somewhat obscured by the autumn foliage.

Common witchhazel in full bloom in November, illustrating the typical growth habit for plants grown in a mostly-sunny exposure.