As a statewide non-formal education system, the University of Maryland Extension is committed to embedding our Diversity, Equity, Inclusion, and Respect (DEIR) goals, practices, and behaviors as key principles in our operational structure, communication delivery, and outreach mechanisms to meet the needs of Marylanders. UME’s purpose is to provide leading and exceptional applied research and educational programming to all individuals and adopt our College of Agriculture and Natural Resources roadmap to change the lives of our community, faculty, staff, and stakeholders – one learner at a time.

Goal #1: A UME culture and environment that is inclusive and values all employees

Operations - Ensure that the physical work environment has inclusive and accessible facilities.

Programming - Draw on the workplace climate results to create a comprehensive workshop series to enhance the UME culture toward greater inclusiveness that values all employees, volunteers, and clientele. DEIR as a part of program development and implementation.

Operations - Make sure that all the employees attend the workshops and trainings.

Operations - Make sure that all the employees attend the workshops and trainings.

Departmental - Make sure that all the employees attend the workshops and trainings.

Goal #2: A workforce that represents the diverse needs of the state

Programming - Provide education, training, and mentoring for faculty and staff development including resources for faculty/staff to be more competitive for promotions.

Operations - Rewrite job announcements to reflect a more inclusive approach beyond the diversity statement at the bottom of the announcement. Qualifications will include experience, knowledge, and/or ability to work with diverse populations.

Programming - Promote and value scholarship that focuses on diverse audiences.

Operations - Hire and onboard the data manager/analyst to design, support, analyze, and develop data management systems for the land-grant mission who will contribute to the tracking and assessment of the progress of our DEIR work.

Draw on UMD and surrounding university undergraduate and graduate programs to increase readiness through coursework and internship opportunities so applications are more competitive for Extension careers.

Operations - Create job shadowing and internship opportunities with an emphasis on the Minorities in Agriculture, Natural Resources and Related Sciences MANRRS students at UMCP and UMES, as well as Morgan State, and Bowie State and former 4-H members currently in college.

Departmental - Enhance mentoring program as it relates to the retention of a diverse workforce that may not have a strong Extension background. Further, the UME mentoring guide will be enhanced to focus on DEIR as a part of base of Extension programming.

Programming - Assessing what program materials/resources can be translated for language and cultural relevance.

Programming - Expand UME communications beyond English and develop materials to reflect the diversity of the state, and share resources broadly across UME.

Operations - Define expectations and reflect accomplishments with DEIR on AFR and PRD processes.

Departmental - Identify and provide consistent expected processes to conduct inclusive assessments, with intentional efforts to engage those who have been historically excluded/disengaged from UME programs.

Advance research on equity and justice, diverse and inclusive research teams, and research and evaluation methods that are appropriate for diverse audiences.

Operations - Increase accessibility of our current partnership/stakeholder data (collecting the demographics of our advisory groups and committees electronically). 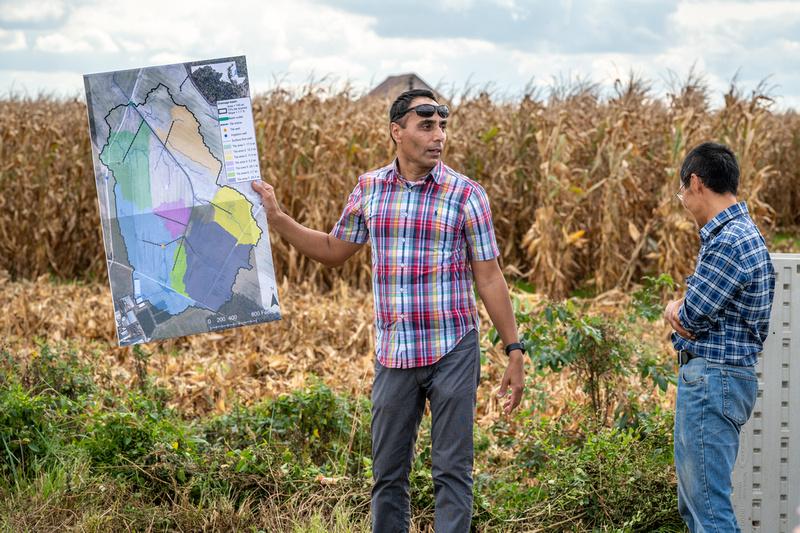 Click here to access the full Diversity, Equity, Inclusion, and Respect Plan from the University of Maryland Extension.

4-H is one of the most powerful youth development programs in the world. 4-H has the ability to connect youth from all corners of a county, state, country, and globe. Our program opens doors for young people to experience new things, meet new people, forge relationships with caring adults, and have perhaps their first exposure to colleges and careers. For many, 4-H is the 1st class of a land grant university.

Read the full message from Dr. Nia Imani Fields and watch our video segment on the importance of the Purpose and Promise of 4-H

A team of UME educators was awarded more than $200,000 from the U.S. Department of Agriculture-National Institute of Food and Agriculture (USDA-NIFA) to provide increased access and education in Integrated Pest Management (IPM) supporting five separate teams that will focus on each IPM area – agronomic crops, green industry, communities, vegetables and fruit, and pollinator health and protection – all with a common goal of developing materials and educational workshops in both English and Spanish.

As the USDA reports, the number of women involved in agriculture has grown in recent years. MidAtlantic Women in Agriculture is dedicated to providing knowledge and resources to women who share a passion for agriculture.

Following the creation of AGNR’s DEIR vision, a task force was formed at UME to systematically understand the multifaceted need of our stakeholders. Initial draft for consideration was developed by UME Senior Administration, a representative of Area/City Extension Directors, and the AGNR Compliance Officer.

Further, a third meeting was conducted to get further feedback on the draft plan with 3 questions.

Based on all the feedback, suggestions, and constructive criticism received from the UME members over the 3 meetings, we came up with the 3 goals on DEIR.

To read the full list of responses and feedback to each of the questions, access the full University of Maryland Extension DEIR plan.