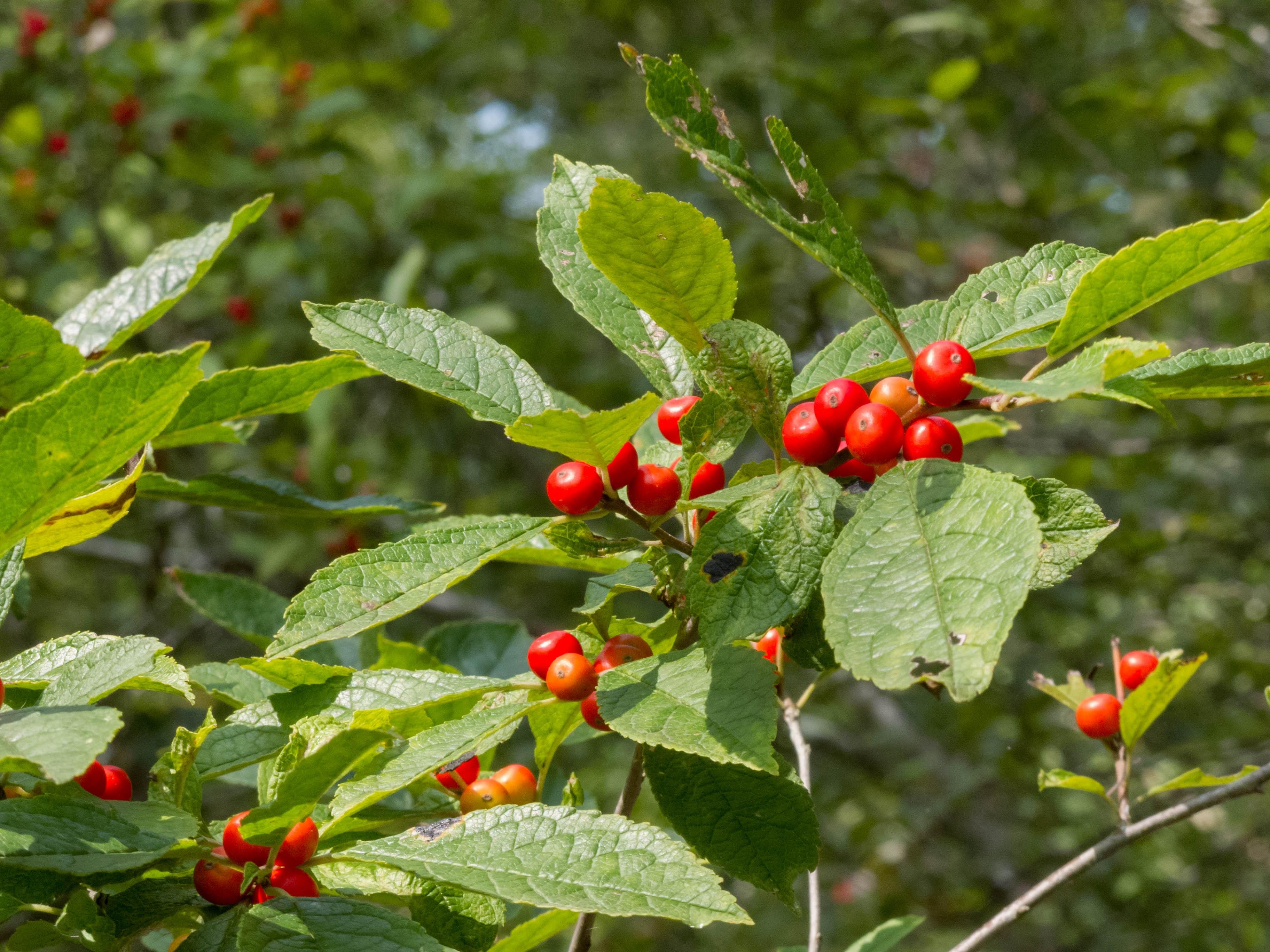 Garden Uses: This multi-stemmed deciduous shrub loses its leaves in the fall, revealing bright red berries that persist and provide beauty in the winter months. Many cultivars have been developed for enhanced berry production, more compact height (4-6 feet), and berry color (red, orange, and yellow).

Winterberry holly is dioecious, meaning there are female and male flowers on separate plants. Only the female plants will produce berries, and this requires pollen from a male plant of the same species. During the window of time that winterberry blooms, some individual plants bloom earlier than others. The more overlap you have between the timing of male and female blooms, the better the pollination and therefore berry production. For example, early-blooming 'Red Sprite' (female) and 'Jim Dandy' (male) can be planted together, or match a late-blooming ‘Southern Gentleman’ with a late-blooming female such as ‘Winter Red’ or ‘Sparkleberry.’ Plant at least one male holly for up to 10 female plants (within 50 feet of each other).

Use for hedges, borders, foundations, rain gardens, and bird gardens.

Wildlife: The berries have high value as a food source for birds such as American Robin, Cedar Waxwing, Gray Catbird, and Eastern Bluebird. This also is a host plant for several moths including PawPaw Sphinx Moth.