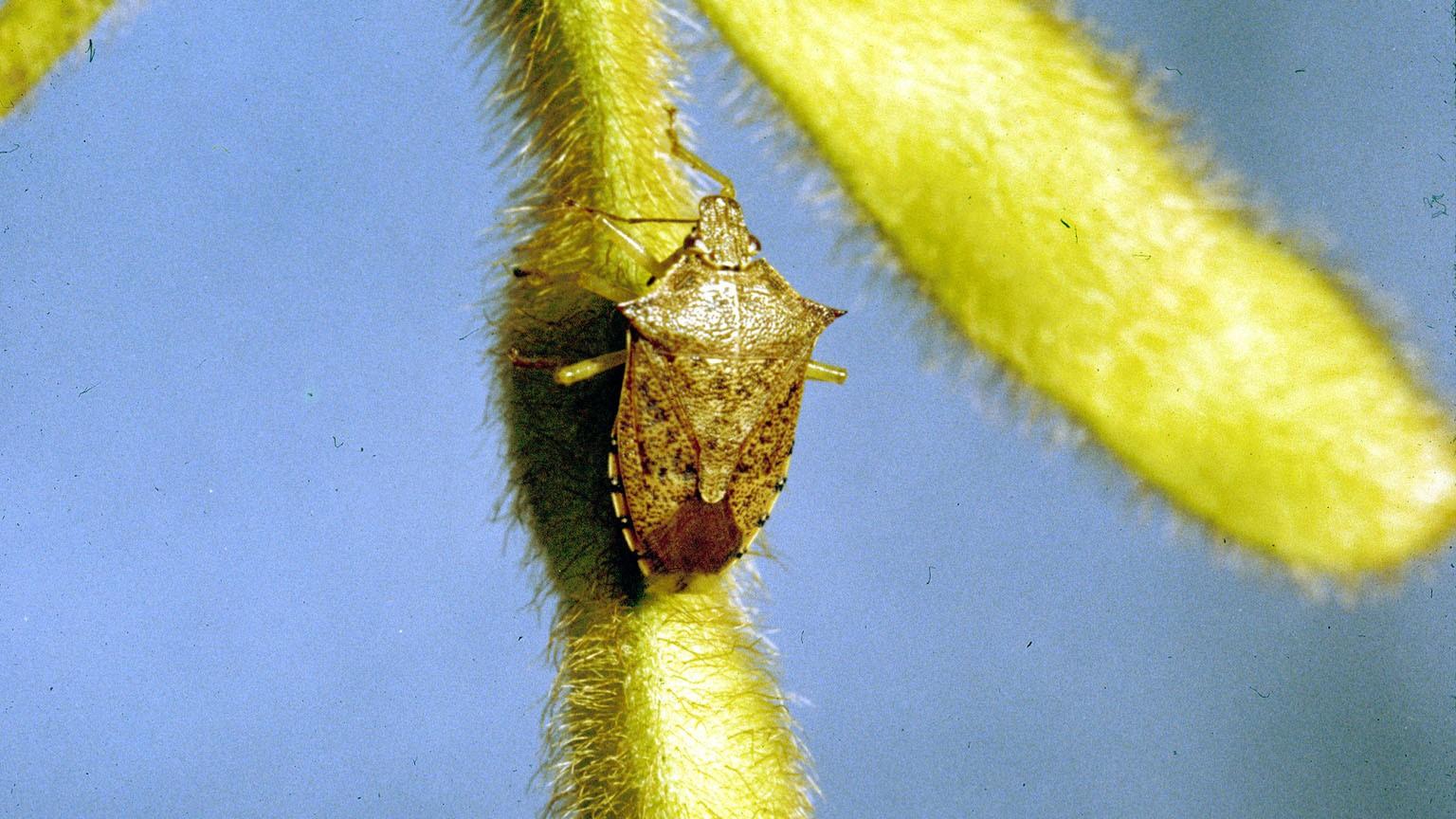 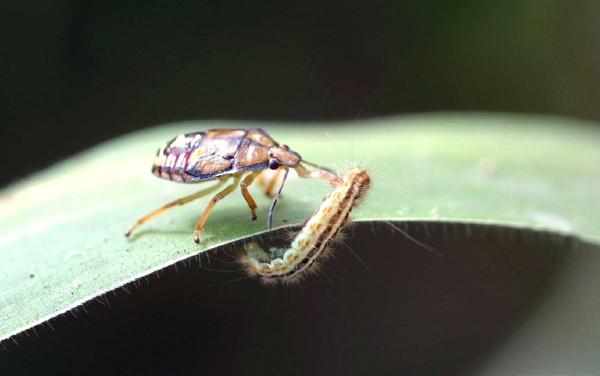 Life stage(s) that feed on pests: Nymphs and adults.

Insect(s) fed on: Spined soldier bugs prefer larger insects such as grubs and the larvae of various beetles and moths, and are especially fond of caterpillars. Two-spotted stink bugs often eat the eggs and larvae of Colorado potato beetle, and smaller caterpillars and larvae. 1st instar nymphs of two-spotted stink bugs feed on plant sap, as will adults in early spring before prey are available, but do no significant damage to plants.

Adults: Spined soldier bugs are about ¼-½” long, flattened, shield-shaped, light brown in color; one spine on each “shoulder”; yellow beak held beneath the body. Two-spotted stink bugs are up to ½” long,   shield-shaped, black with yellow or red markings, a distinctive Y marking on the back, and two black “dash” marks behind the head.

How to attract and conserve: Pheromones have been used to attract spined soldier bugs to the garden. Year-round ground cover in garden will provide overwintering sites and shelter, as well as plant sap to feed on early in the season. Avoid or reduce use of broad-spectrum insecticides.