Invasives in Your Woodland: Japanese Stiltgrass 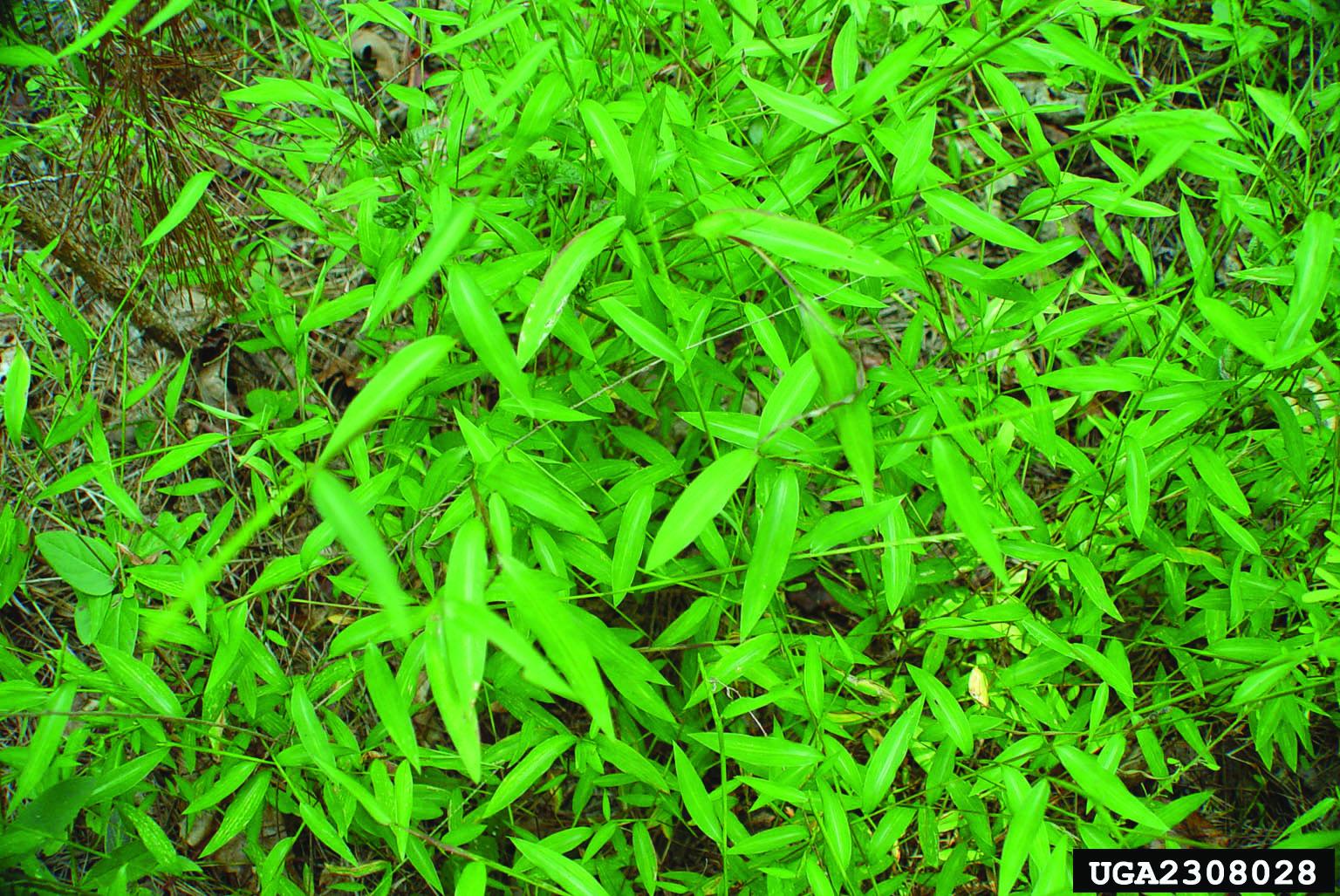 This invasive plant goes by a number of aliases. Besides the most common name, Japanese stiltgrass, it is also known as Nepalese browntop, Chinese packing grass, and others. No matter what you call it, Microstegium vimineum is an invasive grass that threatens native plants and natural habitats in the eastern United States.

Japanese stiltgrass is native to Japan, China, central Asia and India. Its first documented appearance in the US was in 1919 in Tennessee; Apparently it was used as packing material for porcelain from China and escaped.

Today, this invasive has successfully colonized a variety of habitats throughout the eastern half of the nation, including every county in Maryland, and reaching as far west as Texas. See the distribution map below.

David Apsley of Ohio State University Extension calls Japanese stiltgrass “very adaptable” because it “can tolerate low-light environments with sufficient soil nutrients and moisture; conversely, it can tolerate low-nutrient and low-moisture  environments with adequate light. When there are adequate amounts of nutrients, moisture, and light, it can thrive and out-compete most native understory plants.”

It can be found in the moist, open ground of woodlands, floodplain forests, wetlands, fields, thickets, roadsides and ditches, It can also colonize open lawns, where favorable conditions of moist, rich soils high in nitrogen from fertilizers allow it to thrive.

Japanese stiltgrass spreads in a fashion similar to many grasses. Its flowers are small and hidden, but are self-fertilizing. Each plant can produce 100-1,000 seeds that remain viable in the soil for as long as three years. The seeds germinate very quickly in soils that have been disturbed by both natural and mechanical means. Deer do not browse on this grass, but an abundance of deer may over-browse native plants and disturb the soil enough so that the invasive can take root.

Japanese stiltgrass is an annual that typically grows one to three feet in height. Although it grows in sprawling mats, the plant itself resembles a miniature bamboo. Leaves are narrow and lance-shaped. They have a distinctive, pale, silvery stripe of reflective hairs on the upper surface. It is similar in appearance to several native grasses, including Virginia cutgrass, Pennsylvania knotweed, and some smartweeds. See the image gallery below.

This grass has very shallow roots, so removal by hand-pulling is easily accomplished, especially when the soil is moist. It is best to do in late summer when the plants are mature; doing so earlier in the year encourages further flowering and early seed dispersal.

Japanese stiltgrass foliage. Note the shiny, whitish mid-rib and the hairs along the margin. (Photo by Ohio State University Extension)

Japanese stiltgrass seeds can be carried on shoes, equipment and vehicles, so roads and trails are a main route for its spread. Photo by Jonathan Kays, University of Maryland Extension.