Invasives in Your Woodland: Japanese Honeysuckle 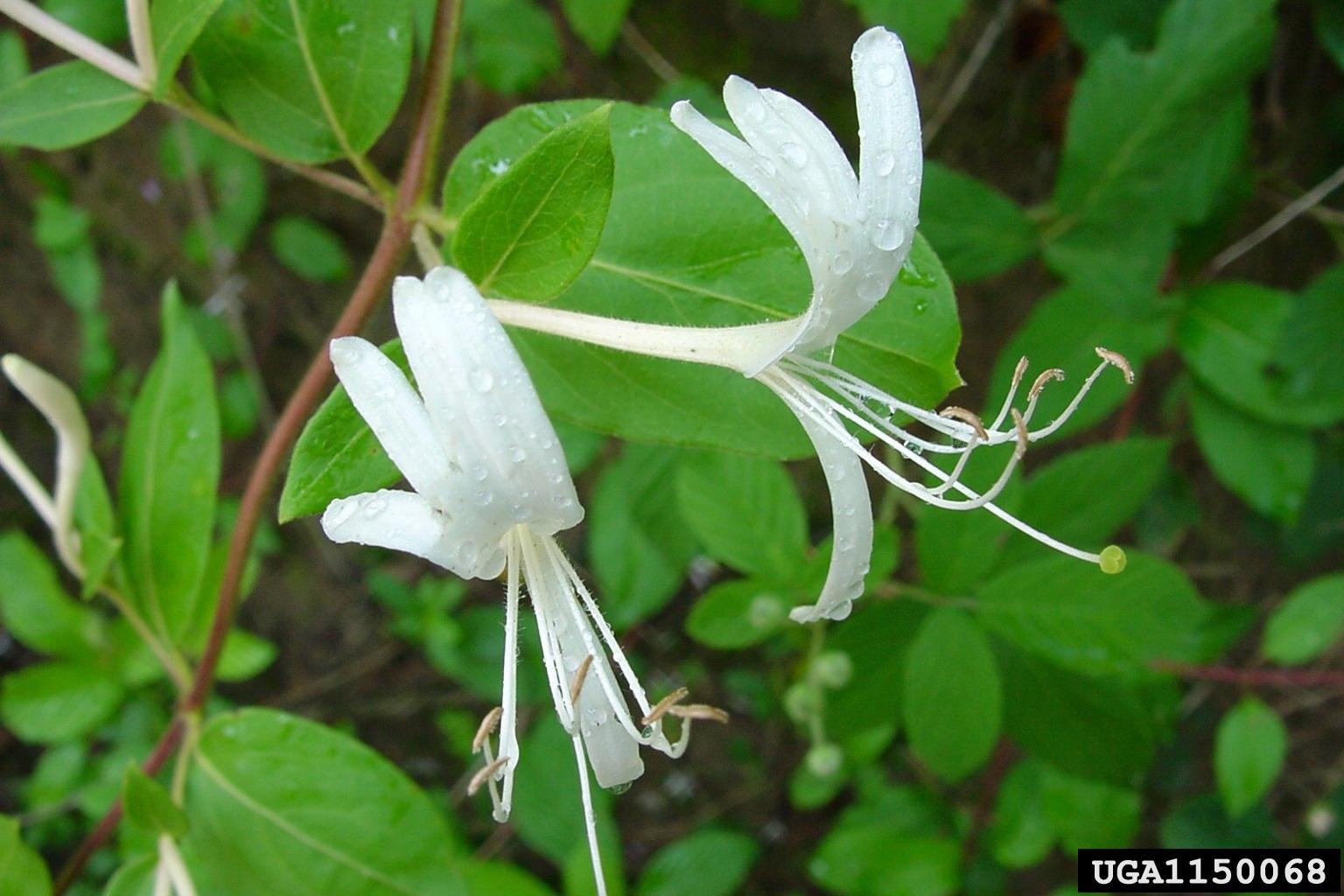 Japanese honeysuckle is one of many species that was introduced to new ecosystems with the best of intentions. It is found throughout most of the states east of the Mississippi River and in scattered areas of the west. In the mid-Atlantic, it is reported in all but two counties in Maryland (Garrett and Wicomico); all of West Virginia and Delaware; all of Virginia except for the cities of Danville and Lynchburg; and much of Pennsylvania. It was also introduced to Argentina, Australia, Brazil, New Zealand as well as other Pacific islands, including Hawaii. See the distribution map below.

The Japanese honeysuckle vine (Lonicera japonica) is native to eastern Asia. It arrived in the United States in 1806, when it was introduced on Long Island, New York as a means of erosion control and as an ornamental planting. It was also planted to enhance wildlife habitat, particularly as browsing for deer, and along roadsides. The first report that it had escaped from cultivation did not appear until 1898; by the early 1900s, it was widely established throughout the eastern states. It grows in a variety of habitats, including woodlands, wetlands, and disturbed areas, such as fence rows, roadways and rights-of-way. It is shade-tolerant and often smothers and kills native ground-level vegetation. It can also kill shrubs and saplings by girdling.

Like other species of honeysuckles, Japanese honeysuckle is a trailing or climbing vine. Unlike native honeysuckles that grow and spread using tendrils, adhesive disks or aerial roots, the Japanese honeysuckle climbs by twining around objects. In this way, this invasive plant forms arbors in forest canopies and dense, sprawling mats on the ground. Vines grow typically six to ten feet long on the ground and occasionally up to 50 feet vertically, and can grow more than 30 feet per year. It can also spread via its berries, the seeds of which are spread by bird and other animal droppings.

Young Japanese honeysuckle stems are green and finely-haired, while older stems are woody, hollow, and have brown bark that peels off in sheds. Its leaves are opposite, with two per node. They are three inches long, egg-shaped, hairy, and smooth-edged. The leaves will persist year-round in mild, southern environments. Flowers appear from April to July and are white, tinged with purple or pink before coming yellowish with age. The fruit is a black, shiny berry that ripens in September to November. See the Image Gallery below.

Small infestations of Japanese honeysuckle can be controlled by removing the vines by hand, ensuring that any berries are removed as well. Mowing or grazing by goats is not recommended, as these methods stimulate growth and leads to denser mats of vegetation. Prescribed burning in the spring has been found to reduce Japanese honeysuckle coverage and crown infestation. Repeated burning reduced the population by over 50% compared to a single burn. However, previously-burned areas may see a rebounding population if fire is discontinued.

Regardless of the chosen control method, continued monitoring of the area is necessary to observe and remove any potential re-sprouting.