Invasives in Your Woodland: English Ivy 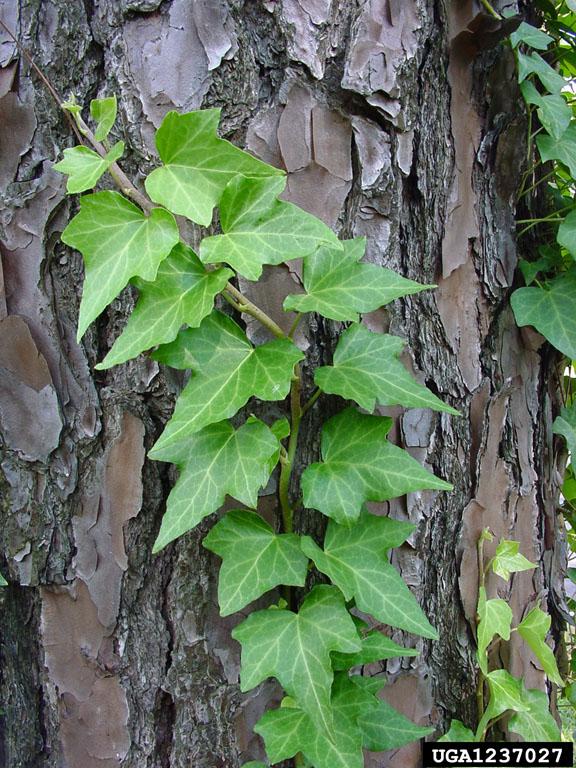 English ivy can be found in many areas throughout Maryland and the nation. You can see it in both woodlands and urban areas alike. This climbing vine is an evergreen that can cover forest floors and reach into forest canopies. Although it is a non-native plant, it is widely available for purchase in the U.S., and in some cases, it is touted as a way to purify household air and as a means of fighting mold. But it is a highly aggressive invader that threatens all levels of forested and open area.

English ivy (Hedera helix) is also known as European ivy, or simply “ivy.” It is native to most of Europe and western Asia, ranging from southern Scandinavia to Iran. It first came to North America as early as 1727, and since that time, it has been planted widely as groundcover. Since that time, it has escaped into the environment and poses a serious threat to many ecosystems. It is listed as an invasive plant in over a dozen National Park sites and is designated as a noxious weed in the Pacific Northwest. In Maryland, it is often found in woodland buffers adjoining neighborhoods, where it has encircled trees and covered forest floors, invaded hedgerows, and spread into salt marshes and field edges. The vines climb up tree trunks to envelop branches and twigs, blocking sunlight to the host’s foliage and impeding photosynthesis. Additionally, English ivy can become weighted down with snow and ice, leading to broken limbs and falling trees. As ground cover, dense mats cover puddles and soggy soil, creating ideal habitats for mosquitos.

English ivy spreads by sending out runners to create new plants, and by seed when its berries are eaten and dispersed by birds through droppings. While it prefers full sun for full growth, it can compete well in shady areas.

English ivy is a woody vine that has waxy, dark green leaves with lighter-colored veins that show great variation; some leaves are without lobes while some may have as many as five. The most familiar form of the vine is sexually immature; it does not flower and seed. If conditions are right, and it climbs to an area with sufficient light, it matures and produces clusters of small greenish-white flowers in the fall, and then black, fleshy berries in the spring.

See the Image Gallery below.

If you have English ivy as an ornamental or indoor plant, be especially vigilant to ensure that it does not spread. Even discarded clippings can sprout in a new environment.

To remove English ivy from a tree, remove the leaves and the smaller vines to expose the larger vines attached to the trunk. Create an ivy-free band about 3-4 feet above the ground by gently prying the vines away from the entire circumference of the trunk and then cutting the vines away. Remove as much of the root growth as possible. The dying vines above will eventually fall from the tree.

Vines covering the ground can be uprooted and gathered using a heavy-duty rake and then cut with a Swedish brush axe or other cutting tool.

English ivy has encompassed most of this tree. It will overwhelm the tree if it is not removed soon. Photo courtesy Philadelphia Water Department Backyard Buffer Program.