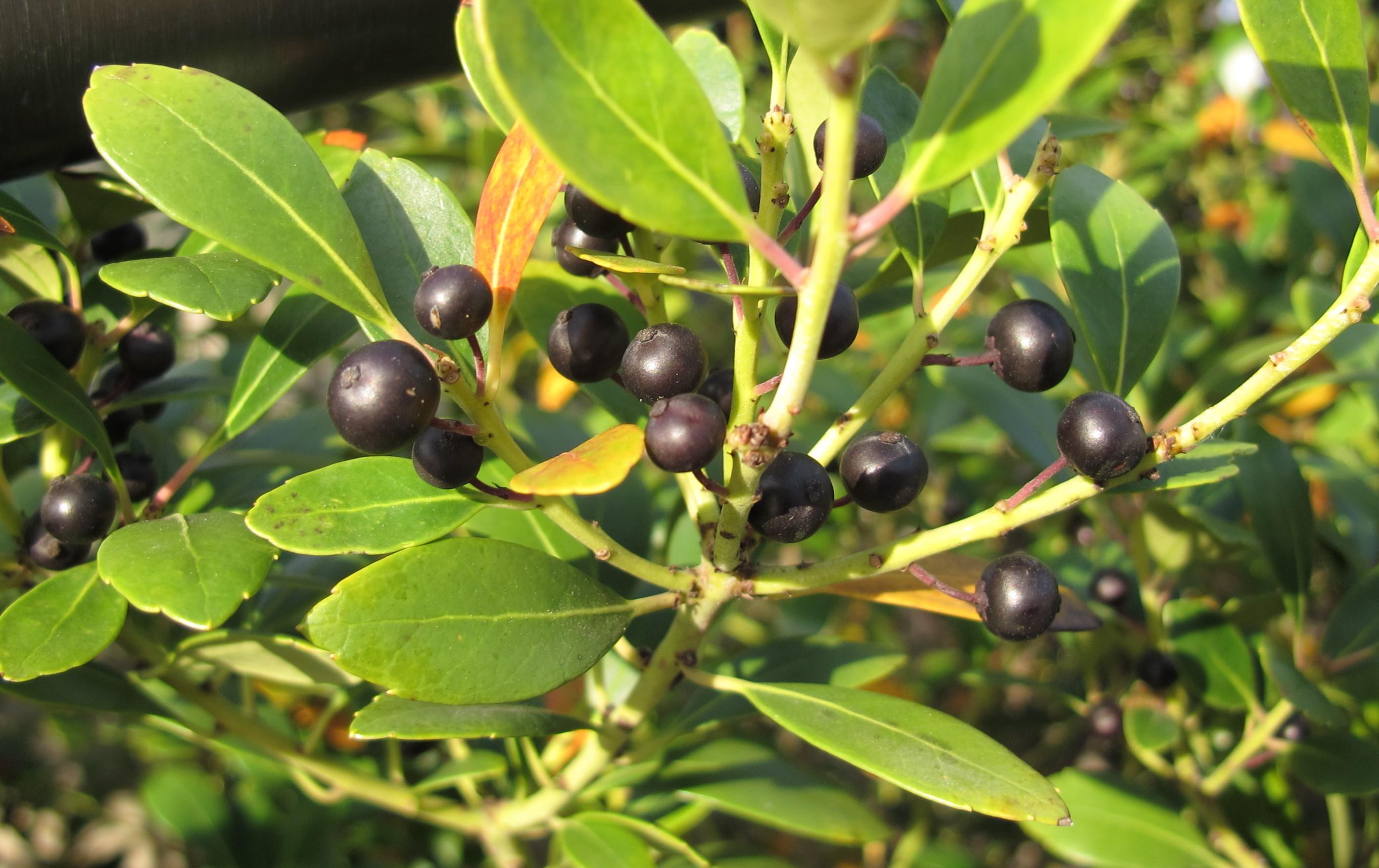 Garden Uses: Inkberry holly is native to the Coastal Plain of the eastern United States. It grows naturally in sandy woodlands, at the edges of swamps and bogs, and on sandy dunes. It tolerates periodic flooding, droughts, and salt exposure. It is adaptable to all soil textures, including clay. Inkberry grows slowly and spreads gradually by root suckers (rhizomes).

This is a dioecious species, meaning there are female and male flowers on separate plants. Small black berries will form only on fertilized female plants. ‘Compacta’, ‘Densa’ ‘Shamrock’, and ‘Nigra’ are among the female cultivars available. There are no specific male cultivars. The Holly Society of America noted in 2020 that some inkberries might have self-fertile flowers, or they may be pollinated by other Ilex species, such as Ilex crenata. This may account for berry production without a male inkberry.

Use this evergreen shrub for a hedge, foundation plant, privacy screen, pollinator garden, or rain garden. Inkberry does not grow as densely as other hollies or boxwoods. It tends to become bare at the base as it matures. If desired, select a few stems to prune out in early spring (before new growth begins) to stimulate new growth near the base (a process called thinning). Shearing is not recommended. Compact cultivars of inkberry are available.

Wildlife: The berries of female inkberry plants are eaten by some songbirds and small mammals. It is a host plant for moths: Laurel Sphinx and Pawpaw Sphinx. Inkberry is deer-resistant.