Growing Blueberries in a Home Garden 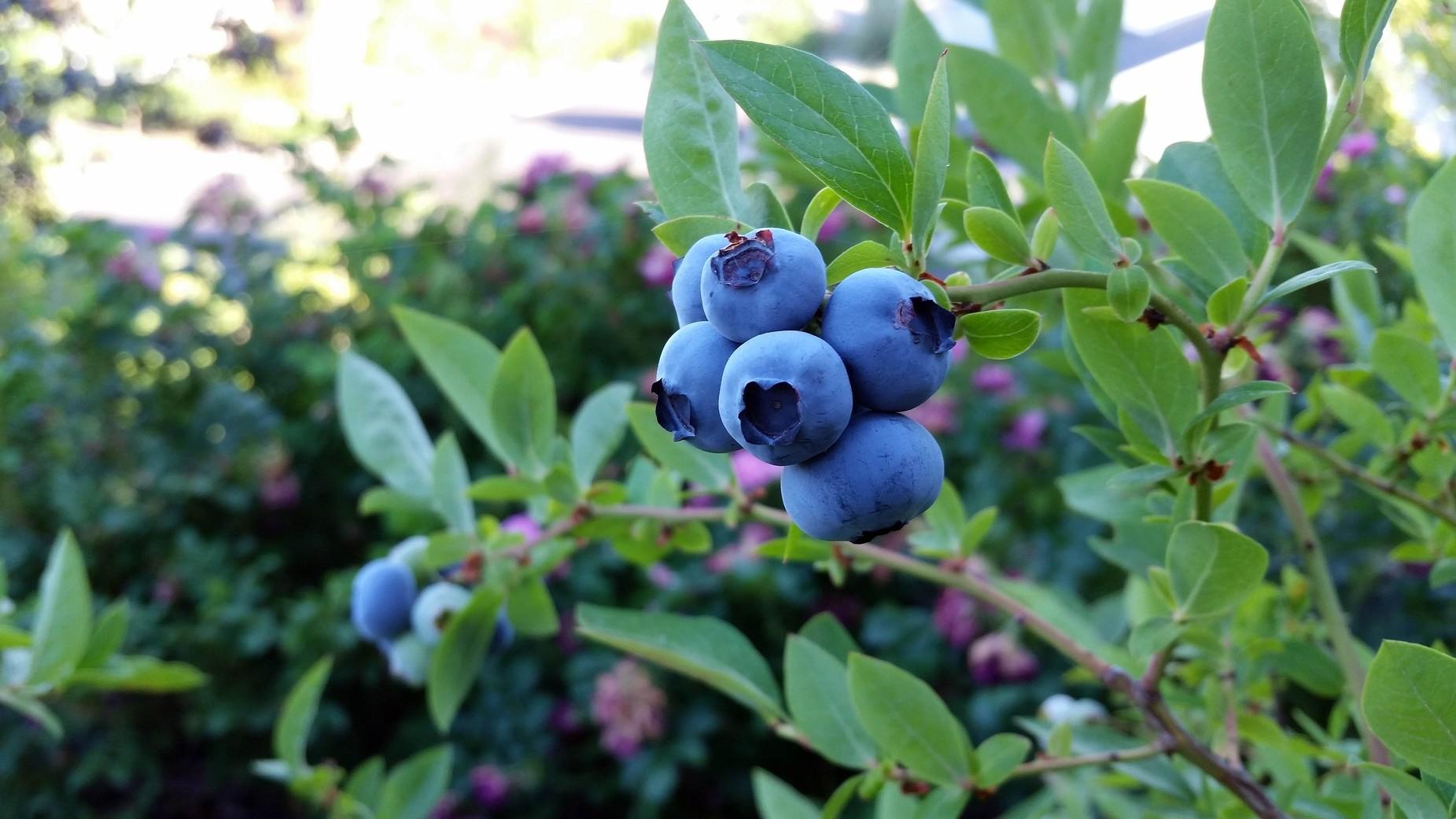 Growing blueberries in the home garden

It is recommended to select a combination of cultivars that can provide a continuous harvest from July through mid-September. Blueberries are self-fertile but produce more and larger berries when two or more cultivars are planted. Be sure bloom times overlap. Purchase 2- to 3-year-old plants.

When to plant blueberries in Maryland

Plant blueberries as soon as the soil can be worked in the spring or one month before the first fall frost (mid-to-late September).

If plants are purchased in containers: Make the planting hole 2-3 times the rootball width so the roots can be spread out.

If bare-root plants are purchased by mail: When your order arrives, unpack the bundles and inspect the plants. The roots should be moist and have a bright, fresh appearance. Shriveled roots indicate that the plants have been allowed to freeze or dry out in storage or transit. Such plants seldom survive. Plant roots must be kept moist and free from freezing temperatures at all times.

Set plants at the same depth as they were planted in the nursery. Keep young plants well-watered. Blueberries, in particular, will not tolerate water stress.

Where to plant blueberries

Blueberries generally prefer full sun but can tolerate some shade. With Maryland’s climate becoming warmer, some light afternoon shade may prove beneficial. Try to avoid windy, dry sites. Healthy, mature blueberry plants will generally tolerate very cold temperatures, although there is some cultivar variation. Winter injury is more likely to occur when a period of mild winter weather is followed by severe cold. Most varieties require 500-750 hours of chilling below 45°F. In Maryland, this requirement is usually met no later than early February. After the chilling requirement is met, the plant loses its dormancy and, thus, its cold hardiness, making it increasingly susceptible to cold injury.

Preparing the soil for blueberries

Approximate pounds of sulfur or iron sulfate needed per 100 sq. ft. of soil to reduce the soil pH to 4.5 for blueberries. It is not necessary to use iron sulfate if soil pH is below 6.0. Sulfur alone will suffice to lower the pH.

Blueberry Problem not caused by Diseases or Insects