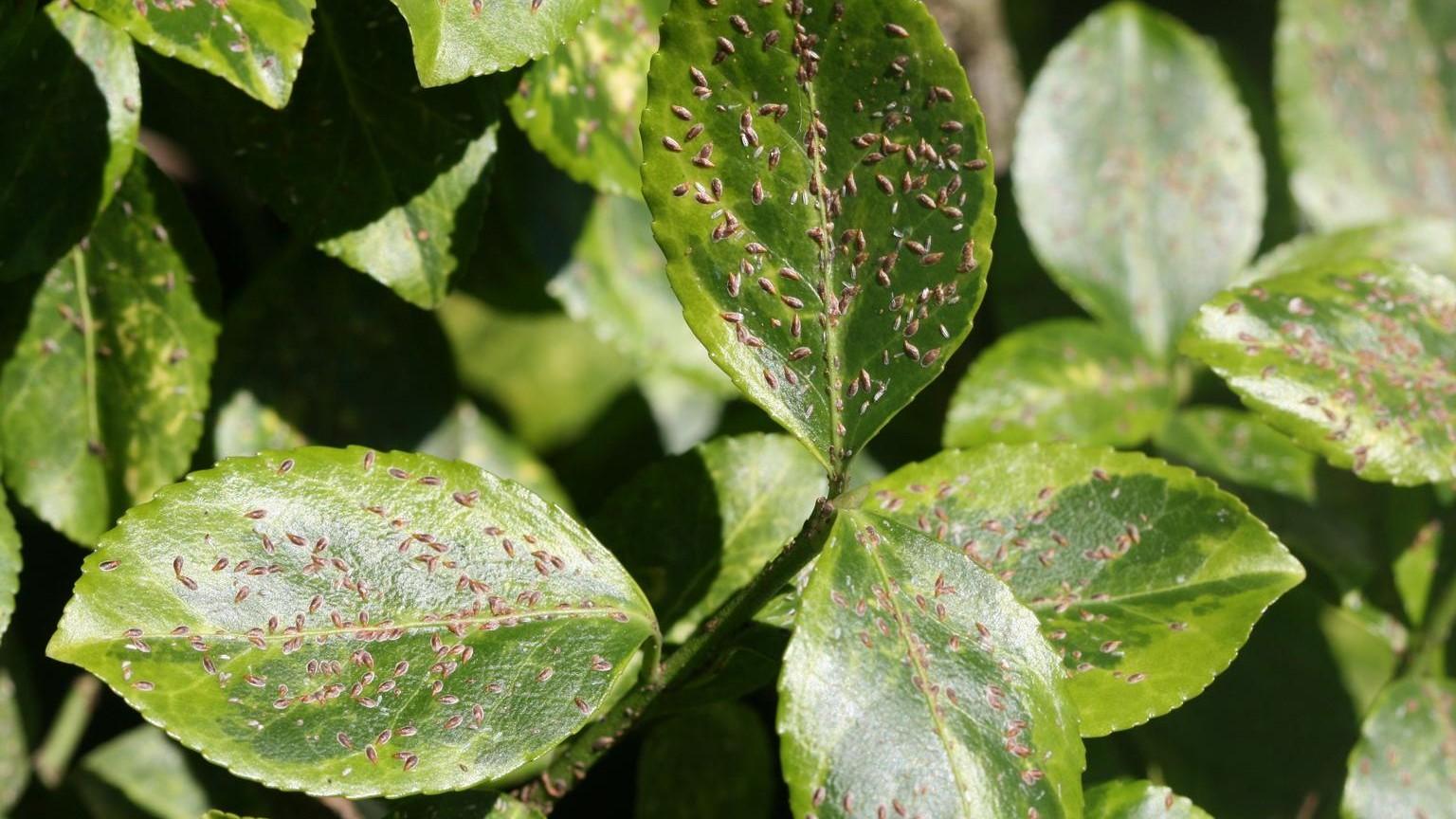 Refer to our general scale management recommendations for both chemical-based and pesticide-free options. When pesticides are warranted, a combination of dormant oil applications and the use of systemic or growth-regulating insecticides is the most effective approach. For large populations, scale suppression may require more than one year of intervention, and professional pesticide applicators will be needed to apply certain treatments.

The overlapping generations mean that monitoring and treatment will need to occur several times a year to be effective. If you do not wish to use pesticides and are not obtaining good control from manual removal efforts alone, remove and replace the infested plants. Plant removal is strongly recommended when the infested plant is an invasive species.

When not too weakened, Euonymus regenerates well from harsh pruning. Cut back heavily-infested plants almost to the ground so regrowth will be easier to monitor; this also greatly reduces pesticide use since there will be fewer plant surfaces to spray.

Pesticide sprays should be avoided when red-spotted black lady beetles are present, as they are a scale predator.

Timing details for monitoring and pesticide use

Begin monitoring for crawlers right before the expected emergence period for each generation. Since weather trends can shift date ranges, a more reliable prediction of timing can be made using Growing Degree Days and Plant Phenological Indicators. Below are refined estimates of egg hatch and the beginning of crawler emergence:

During the peak flowering of Japanese Pagodatree (Styphnolobium japonicum; invasive)

Before the first flowering of Natchez Crapemyrtle (Lagerstroemia ‘Natchez’)