Do your heifers measure up? Tips for Evaluating your Heifer Program 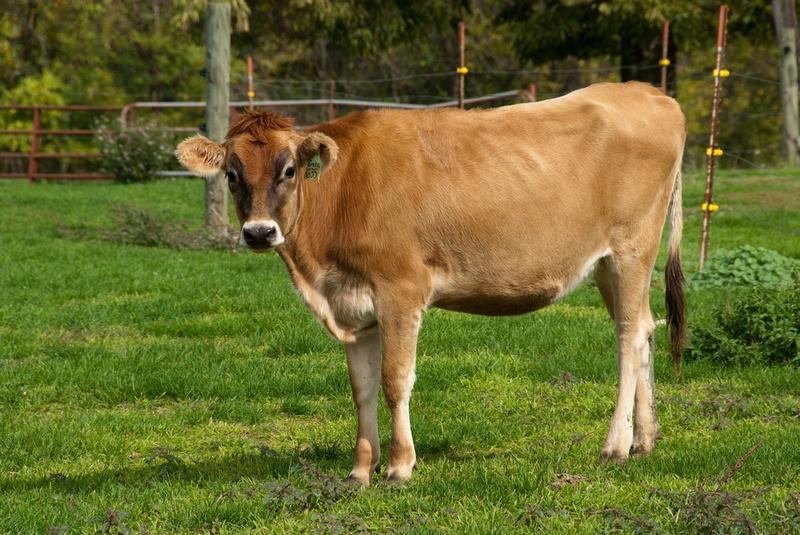 Do your heifers measure up? Tips for Evaluating your Heifer Program

Raising a replacement heifer to first calving is often the second or third largest expense on the dairy. Thus, it is important to fine-tune the heifer program to optimize heifer productivity and economic return. While the pre-weaned calf management program is a critical component of good heifer management, remember that management after weaning is also important.

As with any business, benchmarks can help provide performance targets to aim for. However, it is important to keep in mind that every farm is different and operates under different circumstances and constraints. While it is tempting, avoid using benchmarks merely to compare your farm to your neighbor’s. Use them instead as guidelines to establish goals for your farm and tools to evaluate your progress toward those goals.

Most producers have some knowledge of how old their heifers are at first calving, which is a metric that can provide valuable first-glance insight to the success of the heifer program. The Dairy Calf and Heifer Association indicates that Holstein heifers should calve at 21-24 months and Jersey heifers should calve at 20-22 months for optimal economic return. Research shows that for Holsteins, first lactation milk yield is maximized when heifers calve between 22 and 25 months of age.  There is no evidence that calving beyond 25 months improves first lactation milk yield or productive life.  If you want to reduce your age at first calving, you will need to determine if your heifers are large enough to be bred at an earlier age.  If they aren’t, then you may need to make adjustments to your nutrition and management to get them to the appropriate size by the desired breeding age.

Like age at first calving, peak milk, which is the highest milk production test for a cow during the first 150 days of lactation, should also be a used in the initial assessment of the heifer program.  As a rule of thumb, peak milk production for first lactation cows should be at least 75% of peak milk for mature cows (3rd and greater lactations).  If it is not, then some investigating into the heifer program is warranted.  Heifers may not be large enough at first calving, have low body condition, or have mastitis or other health issues.

It has been well-established that heifers that are bigger at calving tend to produce more milk during their first lactation.  However, a recent collaborative study between Penn State University and University of Florida showed that although weight at first calving did tend to be related to first lactation milk production, there was no significant difference in cumulative milk production throughout the first and second lactations.  Additionally, heifers who calved in at the heaviest weights lost substantially more weight in the first 30 days in milk and were 50% more likely to be culled relative to their lighter-weight counterparts.  The researchers concluded that the ideal weight at first calving which balances high milk production potential with health and longevity may be closer to 72 to 77% of mature weight.

Setting Yourself up for Success

Below are three steps you can take that will set you up to easily evaluate your program, identify areas of opportunity, and set goals.

Putting it into Practice

Two simple equations can then be used to determine the growth rate(s) required to achieve these targets.  Equation 1 calculates the rate of gain required after weaning to reach an appropriate breeding weight while equation 2 calculates the rate of gain required to after breeding to reach an appropriate calving weight.  Equation 1 does require you to know the average age and weight of calves at weaning.

The old adage “you can’t improve what you don’t measure” definitely holds true here.  Because raising heifers is an expensive part of dairy farming, it is a good idea to periodically evaluate the program to see if improvements can be made.  Paying attention to age at first calving and size at calving and breeding relative to mature cow size are useful metrics that can help provide a snapshot of the heifer program.

This article appears on the June 8, 2021, Volume 2, Issue 2 of the Maryland Milk Moo's newsletter.