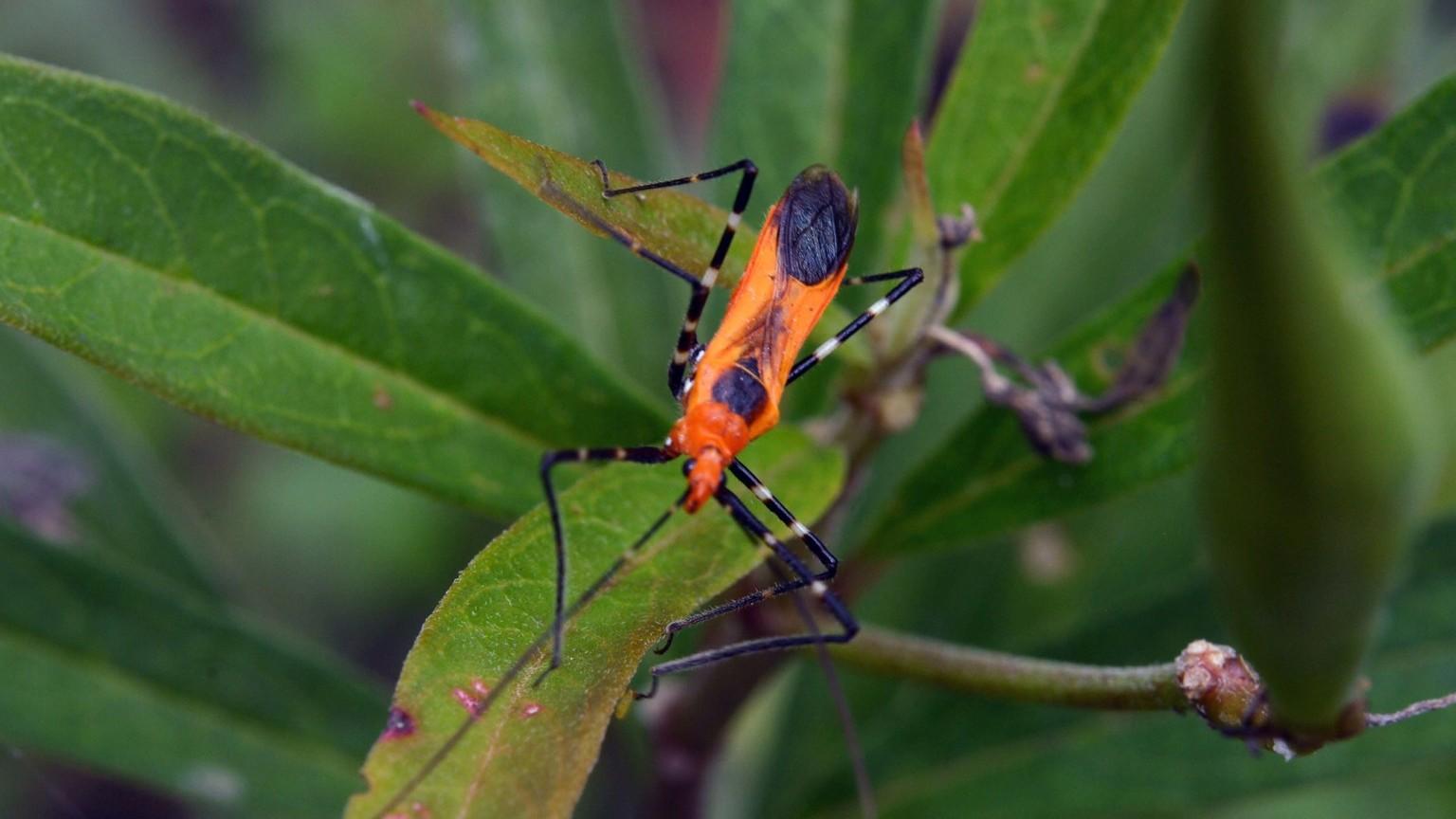 Life stage(s) that feed on pests: Nymphs and adult. 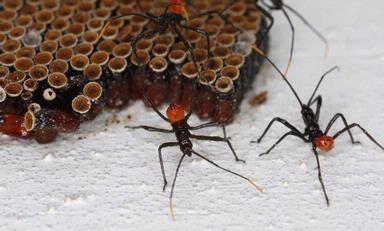 Insect(s) fed on: Aphids, leafhoppers, asparagus beetle eggs and larvae, small flying insects, and up to medium-sized caterpillars. Some species in the genus Apiomerus hunt and eat bees.

Eggs: Laid in tight, upright clusters on bark, leaves, or in soil.
Nymphs: Resemble smaller, wingless adults.
Adults: Moderately large (usually 1/2 to 3/4" long; wheel bug may be up to 1 1/4”); most have a long, narrow body, with a long narrow head and a distinct “neck”; all have a pronounced “snout” with a long needle-like beak carried tucked up beneath the body; usually brownish, blackish, or gray (some elongate assassin bugs are bright green or red, with dark markings). The wheel bug has a distinctive semicircular crest, or “cogwheel”, on the upper back. 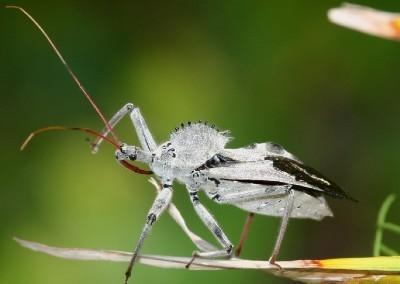 Where to find: Most garden plants, field crops, ornamental trees and shrubs. Spined assassin bugs are often found on goldenrod and other wildflowers.

How to conserve: Avoid use of broad spectrum insecticides. Plant flowers and plants that attract a variety of other insects.