Global sea level is rising because of climate change. Increasing temperatures cause sea level to rise due to 1) thermal expansion as the ocean water takes up more space as it becomes warmer and 2) the melting of ice sitting on land, such as mountain glaciers and polar ice sheets. The rate of global sea level rise is accelerating, and it will continue to increase as the climate continues to warm.

Relative, or local, sea level rise is an increase in mean sea level relative to a point on land. Maryland is experiencing higher rates of relative sea level rise than the global average due to several factors, including Maryland’s geographic position in relation to melting polar ice sheets and land subsidence. During the last ice age, glaciers covered the northeastern United States and the weight of the ice pushing down caused the Earth’s crust outside the ice sheet to bulge up. This ice sheet has now melted, but the crust is still returning to its original position, causing our region to slowly sink, or subside. This subsidence causes relative sea level in Maryland to rise at a higher rate than the global average, but most of the relative sea level rise we see is still due to climate-driven global processes. 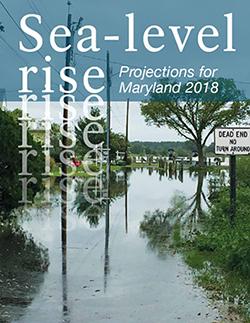 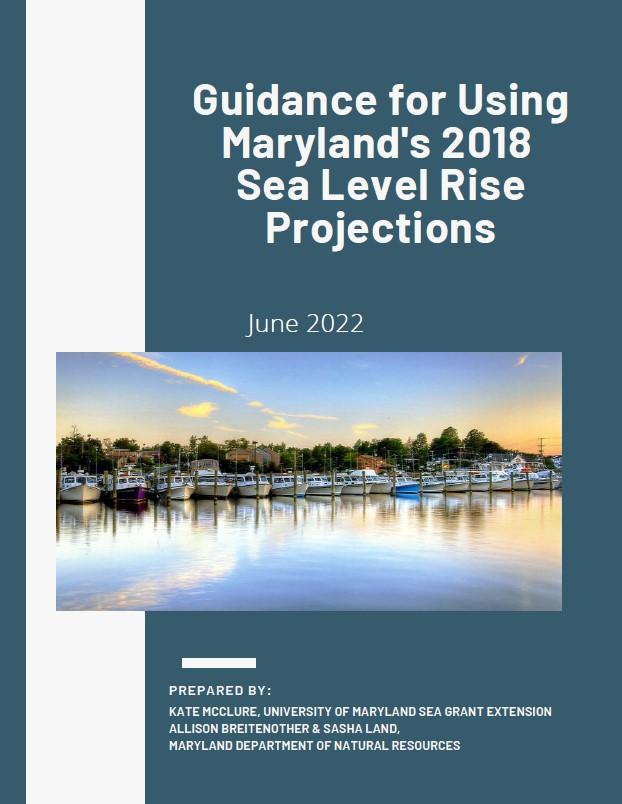 Online tools, such as the NOAA Sea Level Rise Viewer, can help visualize the impacts of future sea level rise. These tools allow users to adjust the water level 0-10 feet above the average high tide line and view a map showing areas that may be impacted by coastal flooding. In Maryland, sea level is expected to rise approximately 1-2 feet by 2050 (above Year 2000 levels) and may exceed 4 or more feet by 2100. Understanding which areas may be inundated due to sea level rise in the coming decades can help inform decisions made today about land use and coastal development.

Other Impacts of Sea Level Rise

In addition to chronic inundation, sea level rise can have have several other impacts on coastal resources and communities:

Coastal communities in Maryland are adapting to rising seas by considering sea level rise in long range plans and infrastructure siting, preserving land to allow inland migration of marsh habitat, elevating roads and enhancing stormwater management systems, and many other activities. Sea level rise is a complex issue, and there is not a one-size-fits-all solution. Contact us to discuss potential sea level rise adaptation options for your community.