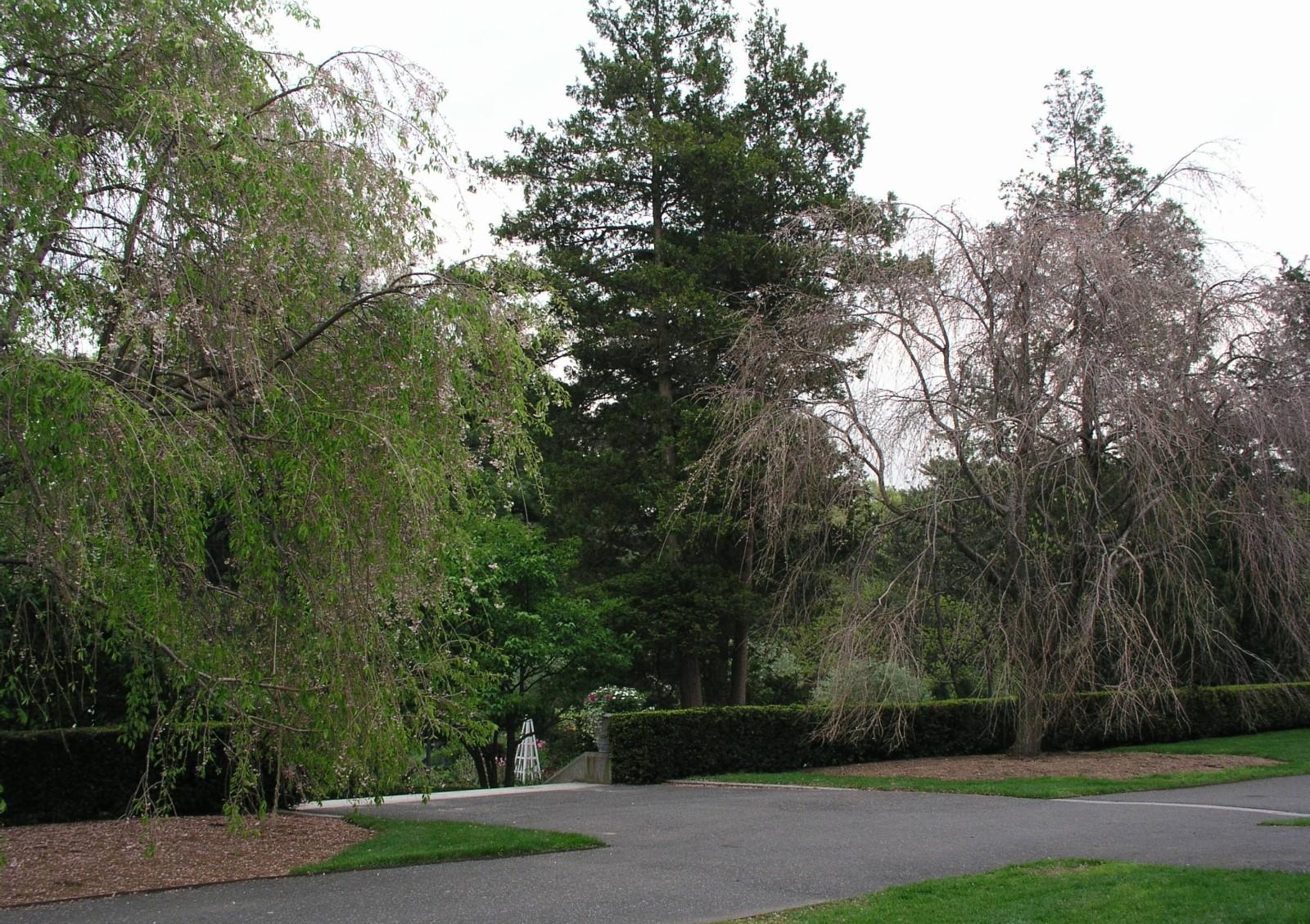 Since these wilt fungi can live for many years in the soil replanting susceptible plants in the same soil is not an option. Prompt pruning of symptomatic limbs well below the last visible leaf symptoms can slow down disease spread. The most effective controls for homeowners are to use resistant tree species and adopt cultural practices that promote plant vigor such as watering during drought, pruning out all wilted or dead branches, proper fertilization, and the use of mulches to conserve soil moisture.

Laboratory culture of these fungi is the only positive way to identify Verticillium wilt, Dutch Elm disease, or Mimosa wilt from other fungal problems. However, a diagnostic feature of these diseases is a dark greenish-brown streaking of the sapwood under the bark of infected branches or twigs. This symptom can best be seen by cutting into the bark at the base of freshly wilting branches in the summer.

Systemic chemical options are expensive and should probably be reserved for old specimen plants. Chemical controls are not available to homeowners and have to be applied by a licensed tree care professional. Once the plant is infected, disease control is limited and probably will not give satisfactory results on severely diseased trees.