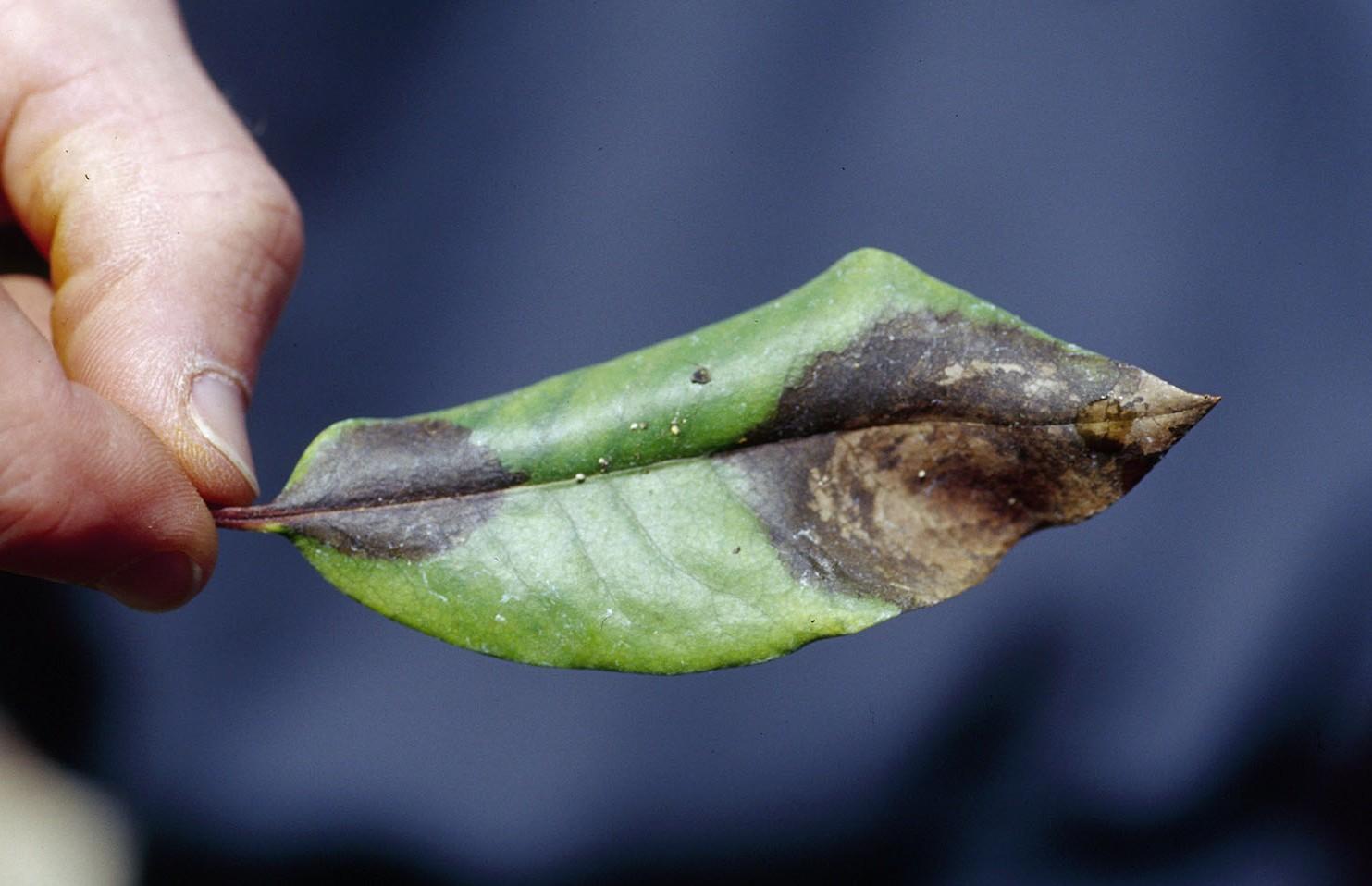 Sudden Oak Death (SOD, Phytophthora canker disease, or Ramorum blight) is a devastating disease that has killed thousands of trees in California. Sudden Oak Death is caused by Phytophthora ramorum, which is a fungus-like pathogen that spreads by sending spores from infected leaves and twigs.

To date, Sudden Oak Death has not been found infecting oak trees in Maryland. The name "sudden oak death" is somewhat misleading and the disease is increasingly being referred to as "ramorum blight", or "ramorum dieback".  Popular landscape plants including rhododendron, azaleas, camellias, viburnum, mountain laurel (Kalmia),and lilacs purchased and planted in Maryland since March 2003 could be providing a safe harbor for the pathogen. The disease was brought into Maryland on infected plants from the west coast. In April of 2004, in the course of conducting routine surveys for P. ramorum, Maryland Department of Agriculture (MDA) discovered rhododendrons testing positive for the pathogen in a retail garden center.

Until 2003, P. ramorum was believed to be confined to native plants in the environment in northern coastal California, Oregon, and British Columbia in North America. In 2002, USDA imposed a quarantine that now includes 13 counties in California and an area in Oregon to prevent its artificial spread through commerce. In 2003, plants in Oregon and Washington nurseries tested positive for the pathogen. Although the introduction was contained and eradicated, concerns about the role of nursery plants in spreading the disease mounted.

In Maryland, if you suspect a plant is infected with ramorum blight contact us at Ask Extension for assistance. Please include clear photos of the plant(s) in question.

Adapted from August 11, 2004, Invasive Species of Concern in Maryland-Carol Holko

Why Oak Trees are Declining or Dying