Why Oak Trees are Declining or Dying 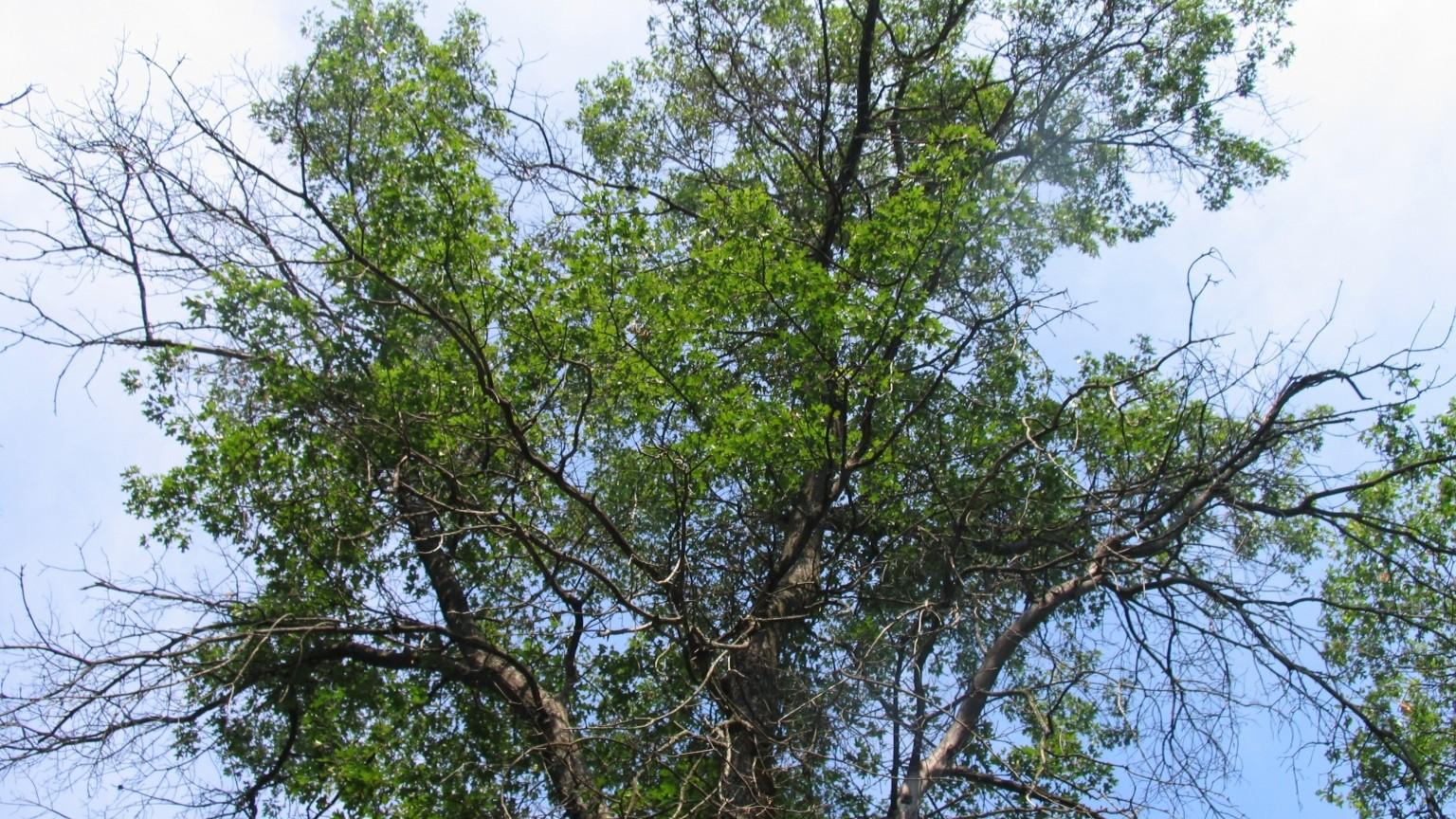 The University of Maryland Extension has received numerous inquiries about oak trees declining and dying in recent years. An investigation of the issue in 2019 did not reveal a single factor responsible for this problem, but rather a combination of factors that may be contributing to an acceleration of the condition known as "oak decline." Findings are summarized in the article, Browning and Defoliation of White Oaks (2019). 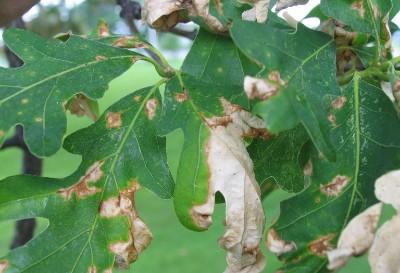 Oak anthracnose is caused by a fungal pathogen, Apiognomonia quercina, and it typically is a cool, wet weather, springtime disease. In wet cool summers like the one we’re experiencing this year, however, the symptoms can continue through the season. Most oak species will show a range of symptoms scattered through the leaf canopy. Symptoms range from small brown spots and irregular dead areas on distorted leaves to severe blight that kills twigs and causes leaf shriveling. This disease in oaks typically doesn’t cause much leaf drop.

Bacterial leaf scorch is caused by a bacterium, Xylella fastidiosa, and it typically causes symptoms to appear later in the summer through fall. The symptoms are more severe when we have dry summers because the bacterium blocks the water-conducting vessels that move water from the roots to the leaves. If this disease is present, you would see scattered yellowing and browning of the leaf margins throughout the canopy.  Leaves remain attached until autumn. So, this disease in oaks also typically doesn’t cause much leaf drop.

Maryland residents often want to know if decline and dieback symptoms are caused by oak wilt. Oak wilt is caused by a fungal pathogen, Ceratocystis fagacearum, which causes a vascular infection, meaning it blocks the water and nutrient “circulatory system” of the tree. Importantly, oak wilt is not known to exist in most counties in Maryland.

Sudden Oak Death is a devastating disease that has killed thousands of trees in California and Oregon forests. It is caused by a fungus-like pathogen, Phytophthora ramorum, which spreads by sending spores from infected leaves and twigs. The Maryland Department of Agriculture and the University of Maryland Plant Diagnostic Lab monitor plant samples for the possible presence of this pathogen. To date, Sudden Oak Death has not been found infecting oak trees in Maryland.

Browning and Defoliation of White Oaks