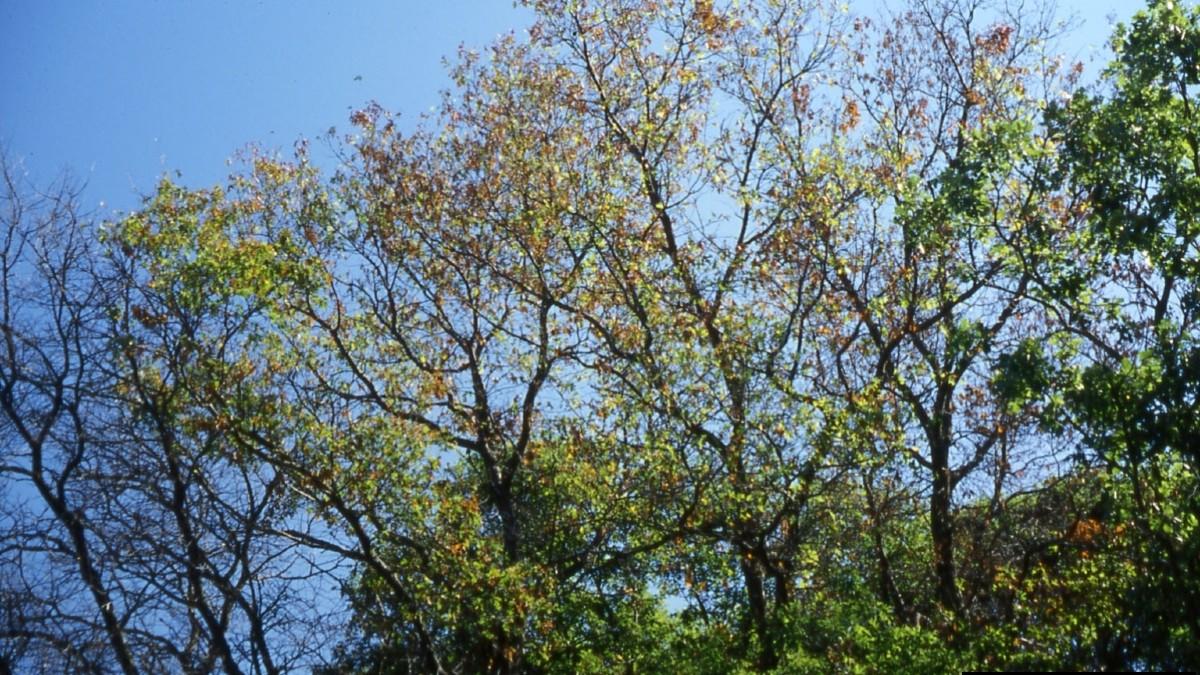 Maryland depends on its oaks for cleaning our water and air, providing food for wildlife, and is consistently in the top three most valued species for our wood products industry. For this reason, oak wilt is considered an invasive species of concern in Maryland. So far it has only been detected in a small localized area in western Maryland.

Oak wilt was first described in Wisconsin in 1944 where trees were found dying in small areas. This disease kills young and mature oak trees and has been found in 21 states. The predominant damage has occurred in the upper Midwest (although the range extends from New York to Texas).

This disease attacks all oak species and has been found in 16 native oak species. In general, red oaks are more frequently infected compared to white oaks. Additional inoculations have demonstrated over 35 native and exotic oak species are susceptible as well as American and European Chestnuts, chinkapin and tan oaks, and several cultivars of apple.