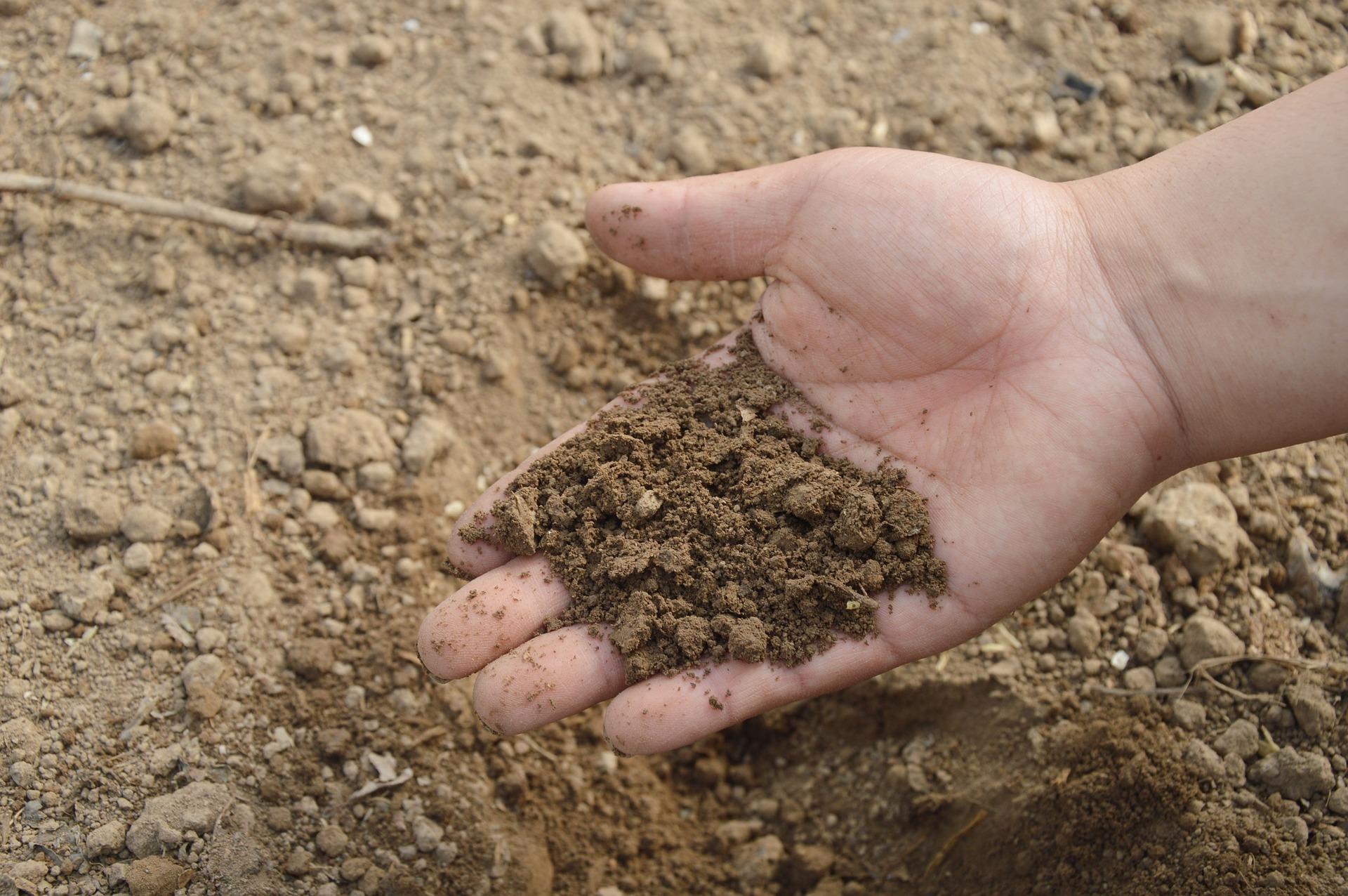 Why is soil important for plant growth and health?

Soils provide water, air, nutrients, and mechanical support for plants. Soils also tie up, filter, and break down natural and man-made toxins. Soils sustain all life on Earth and might be the most important, neglected, and least understood resource in the landscape.

Soil problems such as compaction, low fertility, poor drainage, and thin topsoil, can cause stress, poor growth, and decline in our garden and landscape plants.

The native topsoil has been removed from many urban and suburban soils. These soils are often compacted and low in organic matter. Poor soil management and misuse of fertilizers contribute to surface and groundwater pollution.

It’s our job to protect and improve our soils so they can nourish future generations of plants and animals - including humans!

What you should know about soil

The soil triangle shows the 12 textural classes of soils. In the example below, the soil has 25% sand, 10% clay, and 65% silt, giving it a silt loam texture. 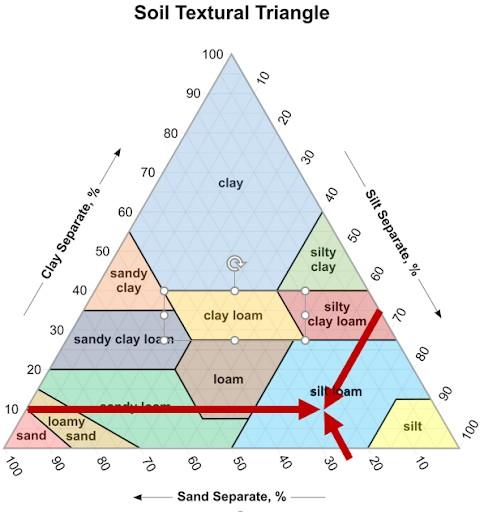 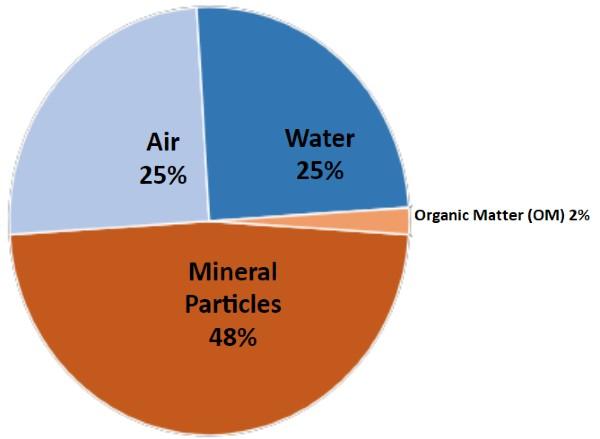 In the diagram below we can imagine that rain fell two or three days ago. Most of the pore spaces would have been filled with water. Gravity carries excess water down through the soil profile. The water in the diagram is held on, and between, soil and organic matter particles and is available for uptake by plant roots.

This chart shows how soil texture affects water, air, and nutrients in the soil