Pollination of Vegetable Crops in a Changing Climate 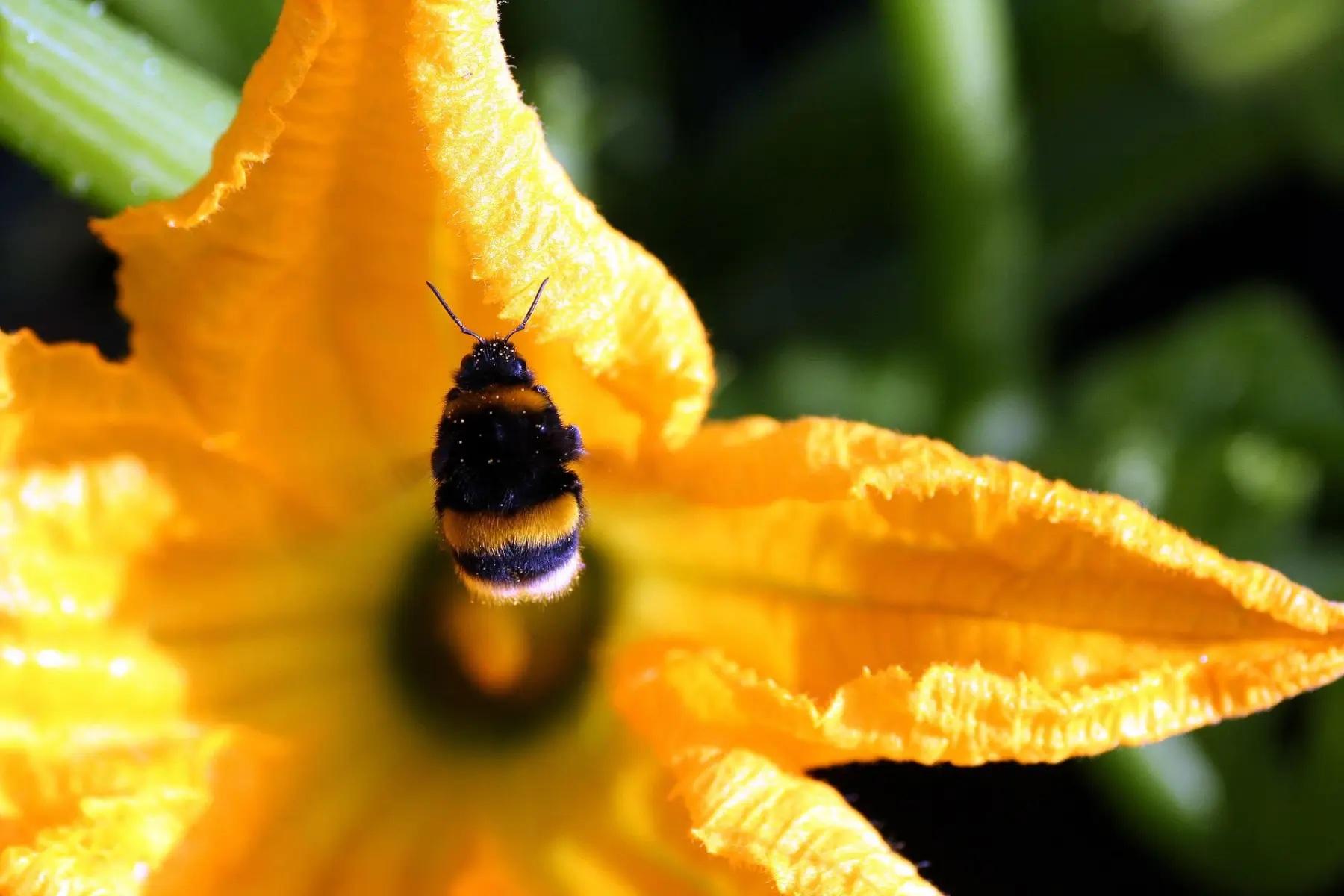 Pollination is the movement of pollen from male to female flower parts of sexually reproducing plants. It is often accomplished by wind and insects and results in the development of some type of fruit containing seeds for the species’ continuation. Farmers and gardeners in the mid-Atlantic are finding that high day and evening temperatures, occurring more frequently now due to climate change, can cause vegetable plants to drop flowers and small fruits or produce deformed and under-sized fruits. This problem has been observed in crops like bean, tomato, and pepper (mostly self-fertile; individual flowers can pollinate themselves), and in crops like squash and pumpkin (which require cross-pollination between flowers).

How do high temperatures affect pollination? 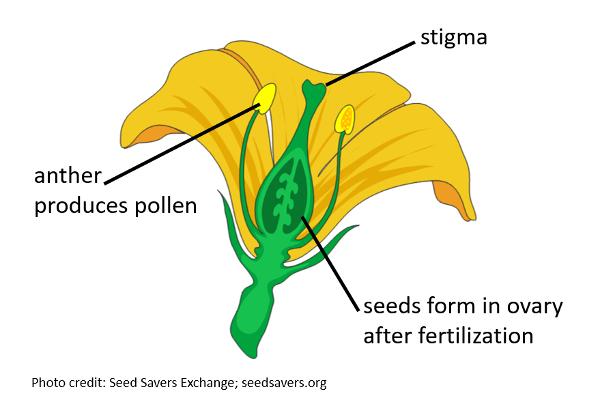 How will I know if I have a heat stress pollination problem?

During periods of very high day and evening temperatures, flowers and small fruits may drop off plants, and fruits may be small, malformed, and have few seeds. Even a few hours of very high temperatures during the pollination/fertilization process can cause problems in sensitive crops and cultivars. If the high heat is short-lived, you may not see much overall reduction in flowering, fruit production, or fruit quality.

Generally, day temperatures >95⁰ F. and night temperatures >75⁰ F. can cause problems. Temperatures over 85⁰ F. in the 3rd to 6th week of growth can reduce pumpkin plant pollination. University of Delaware research found that night temperatures >68⁰ F. caused pollination problems in snap beans. This is especially important for gardeners who plant successive crops for a continuous bean harvest through frost. Seeds planted between early June and mid-July will flower during the warmest weeks of the year and are most vulnerable to heat stress. Gardeners and farmers routinely report mid-summer dips in pepper production from high day and evening temperatures. Plants resume flowering and fruiting with a return to slightly cooler weather.

Are some gardens more vulnerable to heat stress?

Pollination problems caused by heat stress are more likely in urban gardens due to “heat island” effects (roads, buildings and other hard surfaces absorb solar energy in daytime and release it at night as heat energy). Plants in full-sun locations near roads and reflective surfaces are also vulnerable. Some of the reports of reduced tomato flowering and fruiting due to heat stress have come from open farm fields. This does not yet appear to be a widespread issue for home gardeners, perhaps because most garden locations offer some shade.

What’s a gardener to do?

Heat stress can cause or contribute to other problems such as sunscald and blossom-end rot. If heat stress is affecting your vegetable plants:

Poorly formed zucchini squash fruit due to inadequate pollination of the female flower and/or fertilization of the undeveloped
seeds inside the fruit.

These are varieties produce fruit without pollination. They produce a high percentage of female flowers. The fruits contain small, soft seeds (unfertilized ovules). If you plant conventional seeded cultivars nearby pollinators will cross-pollinate your plants causing mature seeds to develop in the parthenocarpic fruits (not really a problem).

Another advantage is that these varieties can be covered with a row cover or insect netting through the plants’ lifecycle to exclude squash bug, cucumber beetle, and squash vine borer. For all other cultivars, row covers and netting must be removed at flowering to allow for insect pollination.