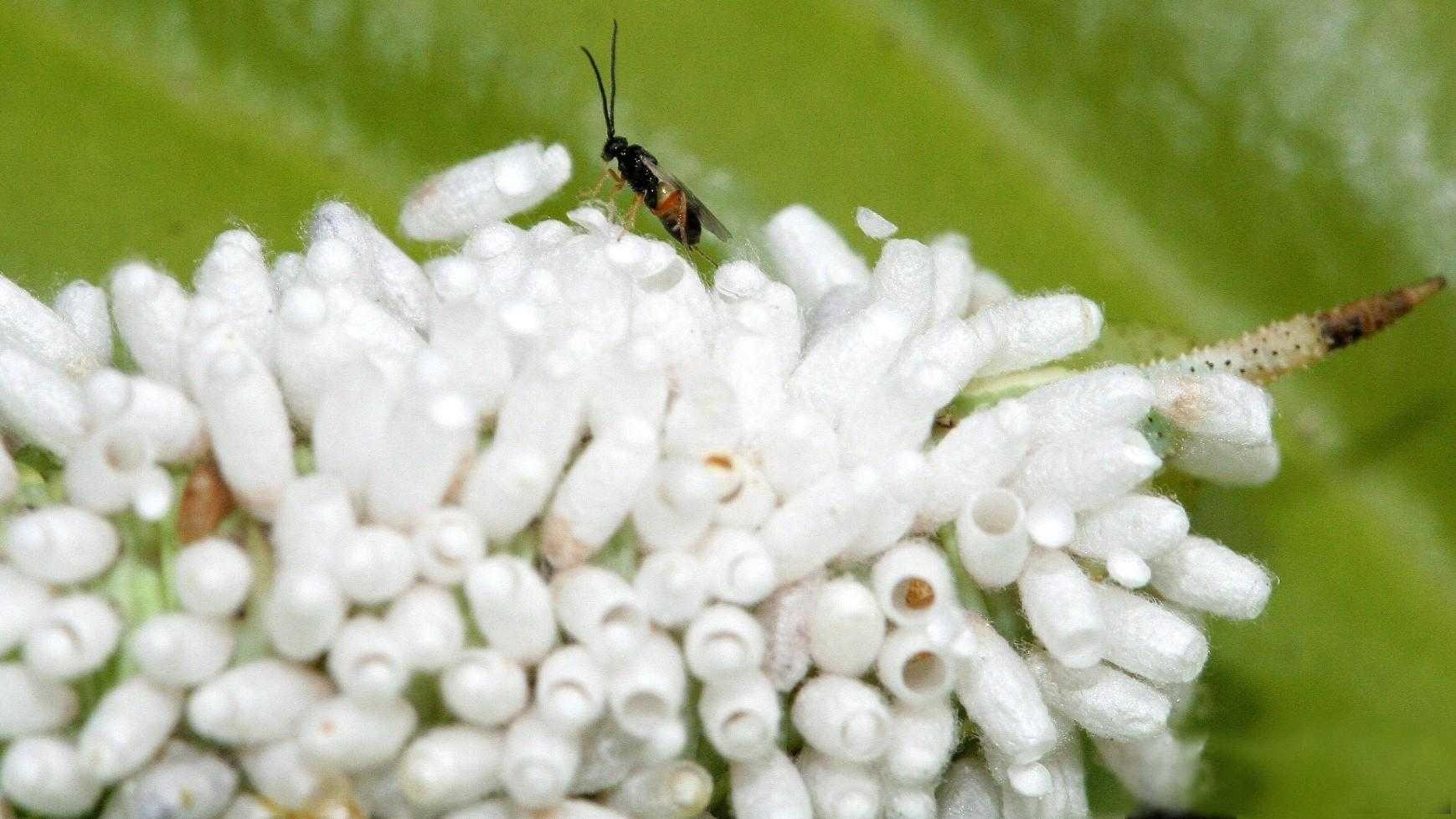 The importance of parasitoid wasps

Appearance: Parasitoid wasps are typically so small – most range from the size of a fleck of pepper to under 1/2” long – that they can only be reliably identified by an expert.

Life stage(s) that feed on pests: Larvae. Adults usually feed on nectar, pollen, and honeydew, although a few may feed on host insects as well.

What do parasitoids feed on? In general, the eggs, larvae, and sometimes pupae of many insects, including aphids, caterpillars (larvae of butterflies and moths -Lepidoptera), sawflies, beetles, leafhoppers, true bugs, thrips, psyllids, and flies.

Eggs: Are rarely seen, as they are usually inserted within the eggs or bodies of host insects.

Larvae: Are typically not seen, although some may be glimpsed as a dark shape within the body or egg of a host insect.

Pupae/Cocoons: The pupae of some parasitoid wasps may be seen as small whitish/yellowish, rice-like cocoons on or near parasitized insects.

Adults: Parasitoid wasps range in size from very tiny (some can fly through the eye of a needle) to about 1 ½ inch long. They are not interested in humans so therefore do not sting.

Where to find parasitoid wasps

Gardeners are more likely to see the results of parasitoids’ activities than the wasps themselves. Chalcid wasps can be found almost everywhere, particularly on flowers, foliage, and in leaf litter, but are rarely noticed because of their tiny size. They may be seen tapping leaf surfaces with their antennae in search of prey, and they leave sickly or dead hosts in their wake. Host eggs parasitized by Trichogramma may turn black as the wasp larva develops within.

How to attract and conserve parasitoid wasps

Parasitoid wasps are very sensitive to insecticides, so avoid or limit the use of chemical sprays. Most adults feed on plant fluids and sugars, so provide flowering plants that provide nectar sources. The best nectar sources are flowers with wide or shallow corollas where the wasps can easily reach nectar, such as members of the carrot (umbelliferae) and cabbage (cruciferae) families. Plants with floral nectaries are also important sources of food, as are aphids and other honeydew producing sucking insects. Plants that provide shade on hot summer days are a big help to parasitoids. Trichogramma wasps and those that attack scale insects, filth flies, aphids, and other insects can be purchased commercially for release, but it’s important to procure the right species to control the pest you have. 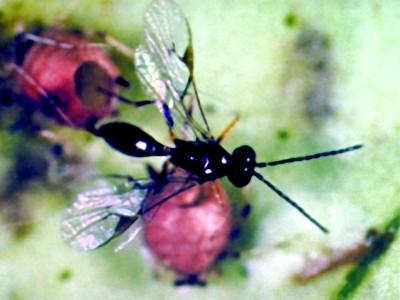 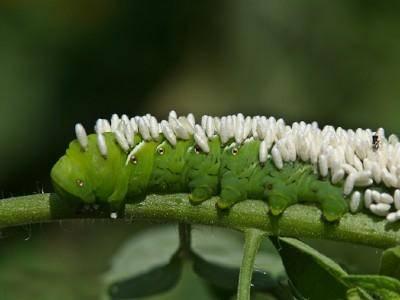 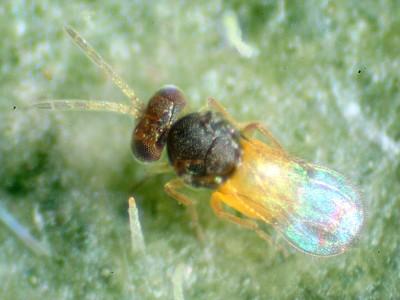 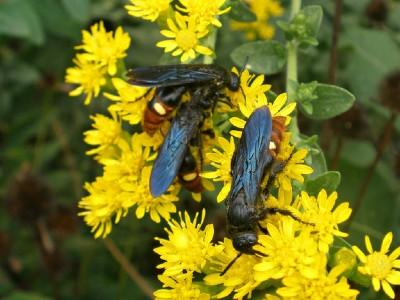