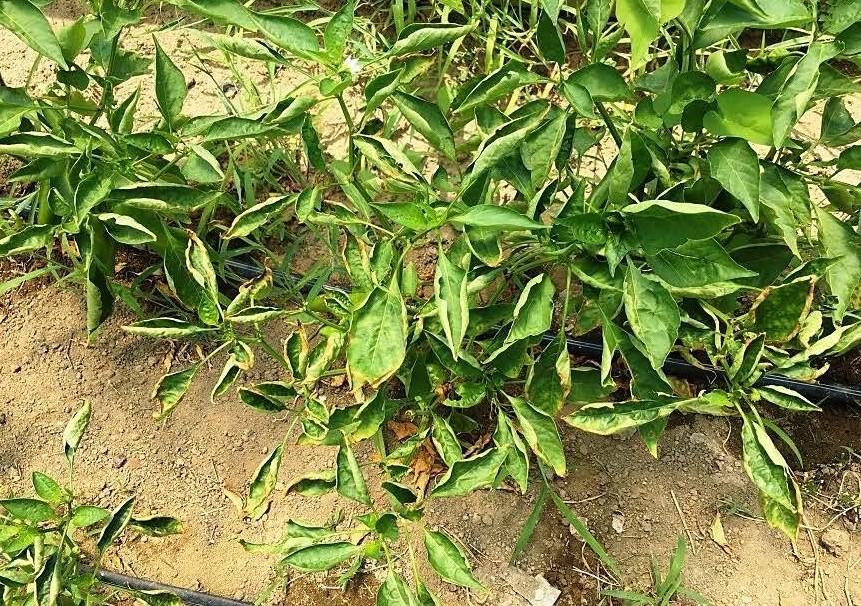 Fig. 1 Soluble salt damage to peppers in a high tunnel

I know growers are very aware that they should clean up their vegetable fields and high tunnel (HT) of old crops and weeds during the off-season. I also know that growers have many other things that need to be done during this time and they can’t quite get to the cleaning. But spending some time now thoroughly cleaning up a high tunnel that is no longer in production rather than letting it sit over the winter will vastly improve your pest problems for the next year. Several of our most notorious insect/mite pests such as two spotted spider mites and thrips can overwinter in a high tunnel on crop or weed green material. I have found both of these pests in HTs on winter annual weeds and very old barely green crop debris in February right before the grower was ready to start the new season. It is often thought that the winter cold will be enough to kill any insect or mite pest—but it is not. Research has shown that starting out ‘dirty’ in a high tunnel results in pests that quickly exceed thresholds much sooner than for a clean start, requiring twice as many pesticide applications before harvest. Good sanitation practices provide growers with a longer pest free window reducing the need for pesticides.

Disease problems are also increased in high tunnels that wait until just before planting next season’s crop to clean-up. For soil diseases like Fusarium or root knot nematodes (which are an increasing problem in high tunnels) plant roots should be pulled up and carried out in plastic bags and disposed of. If you had foliar fungal disease problems this year you need to remove all plant material from the HT as soon after harvest as you can. The use of landscape fabric as a mulch in the HT cropping area is a great way of reducing soil contamination from plant material and is a much easier way of cleaning up during and after the season. A more difficult foliar problem is bacterial diseases. Not only does all the plant material have to be taken out in bags, but metal trellises must be sanitized using 10% bleach solution (1 part bleach to 9 parts water) or greenhouse sanitation products. After you clean the metal materials with bleach, you’ll need to rinse them with clean water to prevent corrosion. If wooden stakes were used in the HT and you had a bacterial spot, speck or canker problem then you are probably better off disposing of the stakes as they are almost impossible to sanitize properly.

One other thing I would like to see HT growers do when they take soil tests is to include soluble salt levels in the report. Over the years several HT growers have complained to me about how after 4-5 years of growing various vegetables (although tomatoes were the most grown) they are seeing poorer yields and ‘unthrifty plants’. This seems puzzling because they have put a great deal of compost in their HT and the soil looks great. The problem I think is high soluble salts in the soil which will damage overall plant fitness and yield. These excess soluble salts often come from fertilizers applied frequently without sufficient water (rain) to leach them through the soil. Besides synthetic fertilizers other soil amendments with high salt concentrations include manure and compost. The most common scenario that results from high soluble salt levels in the soil is plant drought stress as soil water is drawn away from plant roots to the high soluble salt regions in the soil. Root cells lose water resulting in wilted foliage and roots that are damaged.

However, another scenario that I think is happening more often in our high tunnels is when plant roots absorb the excess salts in the soil and are unable to metabolize them. The soluble salts enter the roots and are moved through the water conducting tubes to the leaves where the water evapotranspires, gradually concentrating the salts to toxic levels. The consequence of this type of salt stress in plants is a myriad of problems such as: poor growth, thin canopy, excessive leaf drop, poor fruit set and poor yields with the next damage level up being necrotic leaf margins especially on older leaves that can curl (fig 1).

Some of our vegetable crops are much more sensitive to high soluble salts than others. Crops such as green beans, onions and peas are most sensitive while cabbage, cucumbers, peppers and potatoes are a little salt tolerant and broccoli, squash and tomato are moderately salt tolerant. These differing sensitivities may be why if tomatoes are grown most often in the HT and then peppers or cucumbers are grown the soluble salt problem can ‘suddenly’ appear.

Some of the possible remedies for high salts include having adequate drainage to help move salts out of the root zone and flushing the soil with as much water as possible for several days (water should be applied slowly so it seeps down into the soil and does not runoff). After the season it may be best to take the plastic off of the HT and allow rain and snow to move the salts out of the growing zone. But you need to know if you have high soluble salt levels first.

Return to Horticulture and Disease Topics