Invasives in Your Woodland: Bush Honeysuckles 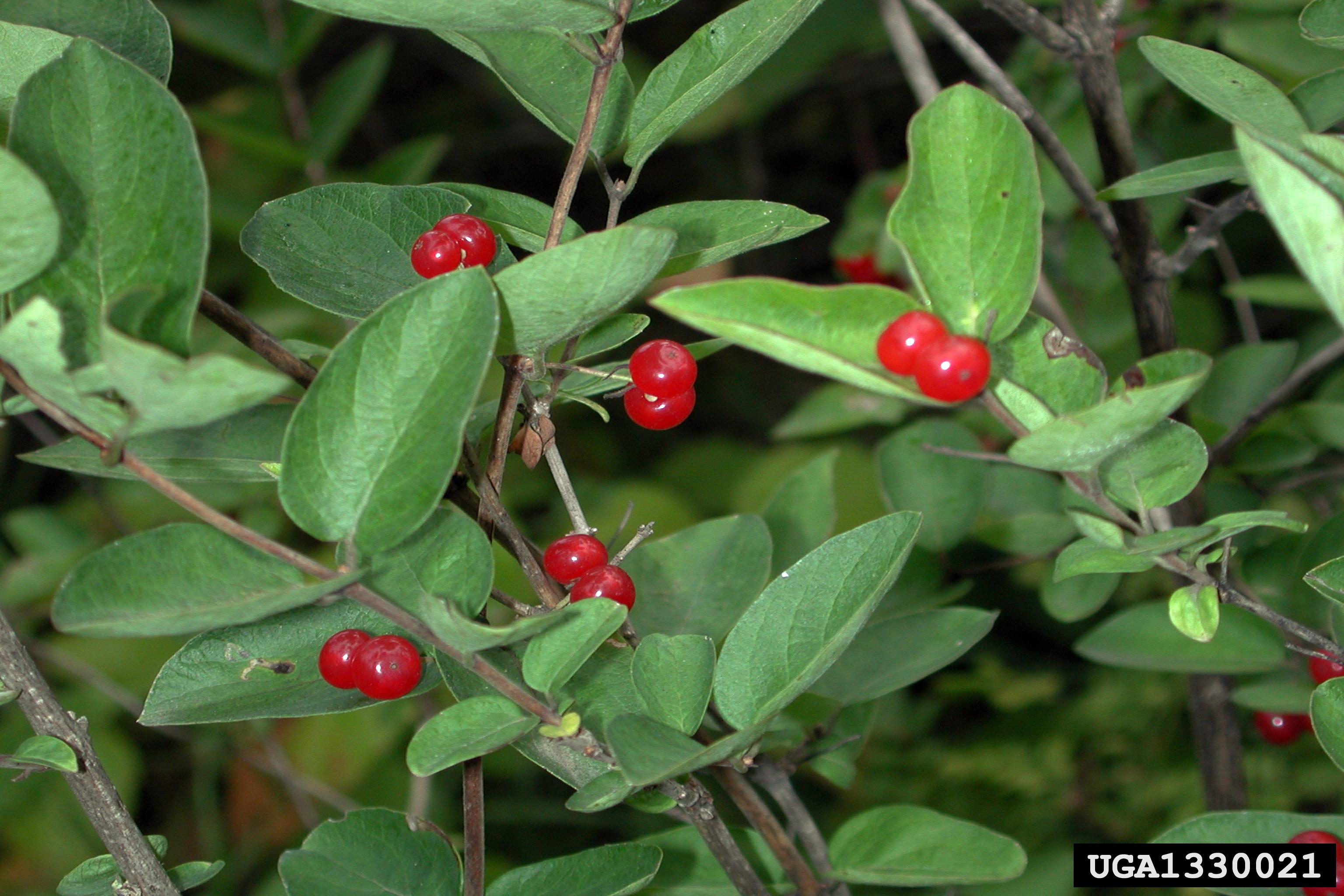 In this article, we look at a trio of invasive plants that are known collectively as “Eurasian bush honeysuckles.” Although there are bush honeysuckles native to North America, these non-native species can out-compete many native plant species. They are found throughout Maryland and the mid-Atlantic states, where these multi-stemmed plants spread rapidly in disturbed areas, forming dense thickets that can reach ten to fifteen feet in height.

As many as seven non-native species have been found in the mid-Atlantic states. The three that are the most common were introduced as ornamental plants in the 1800s: Amur (Lonicera maackii), from China; Morrow’s (Lonicera morrowii), from Japan; and Tatarian (Lonicera tatarica), from Russia. They were also planted for wildlife food and cover and for erosion control as recently as the 1970s. Since that time, the species have colonized areas as far west as California and as far south as Georgia and Texas, where they compete for space, light and nutrients with both native trees and wildflowers. They are most often found in hedgerows, forest edges, forested floodplains and other disturbed areas with moderate to high light levels. Because they bloom earlier than native species, they may shade out native ephemeral species. Additionally, some studies suggest that bush honeysuckles may produce a toxin that inhibits the growth of competitors.

How do they spread?

Bush honeysuckles spread primarily by seed. Their distribution is aided by birds, which eat the fruit and disperse the seeds through their droppings.

How can I identify them?

How can I control them?

If you have a small infestation of Eurasian bush honeysuckles, they can be removed easily by hand because of their shallow root system. Be sure to collect the berries and seeds if present to prevent further spread. However, invasive bush honeysuckles should not be mowed, as cutting them down does not kill the plant and may encourage further growth to sprout from the roots left behind.

Larger infestations will require a combination of cutting and herbicide application. Cutting them in early spring and late fall for several years will eventually kill the plants by reducing their reserve nutrients. Applying a glyphosate herbicide to the leaves or to the freshly-cut stump late in the growing season is an effective means of killing existing plants. Removal should be accompanied by planting native species to discourage further growth of the invasive plants.