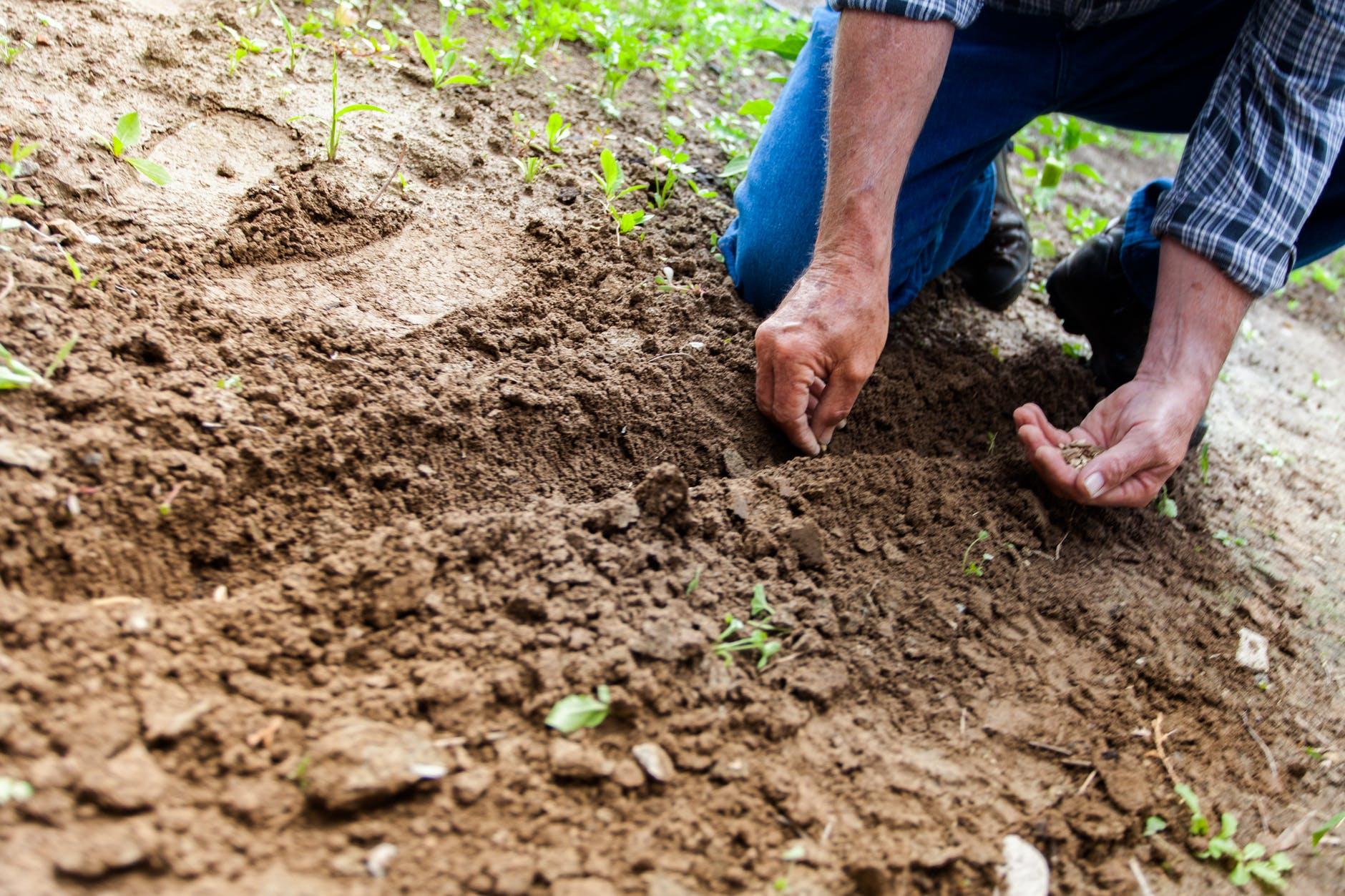 Soils, plants, and animals are highly interdependent. Soils support and feed microbes and plants which feed animals. Dead plants and soil organisms replenish the soils’ organic matter and nutrient supply, completing the cycle. We know that healthy soils produce healthy plants. Many experts believe that improving soil health is the most important thing we can do to make our farms and gardens more climate-resilient.

Why are soils so important in dealing with climate change?

Soil organic matter plays a critical role in soil health. It “glues” together soil particles into stable aggregates, resistant to dispersion and erosion from heavy rainfall. It also improves water infiltration and the water holding capacity of soils making them more drought-tolerant.

Use these six practices to improve soil health and climate resiliency

No bare soil! Keep soils covered with garden plants, groundcovers, mulches, and cover crops to reduce erosion risks and nutrient run-off, moderate soil temperatures, and slow the evaporation of water from your soil. Use grass clippings, tree leaves, and newspaper around plants and between rows to smother and prevent weeds.

Tilling and turning soil to start a garden or prepare soil for planting will bring weed seeds to the surface, accelerate the loss of organic matter, and disturb the soil food web (microbes, earthworms, and other small soil animals.)

Use low-dig planting techniques to prepare garden soil for sowing seeds and setting out transplants. Disturb the smallest amount of soil as possible.

Plant roots leak sugars and other compounds that support microbial populations. This builds organic matter in the rhizosphere as dead microbes make up a big portion of soil organic matter, helping the soil recycle and store carbon. Fall-planted cover crops protect the soil, build soil organic matter, and take up nutrients and release them for the plants that follow.

A basic soil test conducted by a soil testing lab will give you baseline information about soil pH (too high or too low can reduce nutrient availability and microbial populations), soil organic matter levels, and nutrient levels. The lab report will also come with the appropriate liming and fertilizing recommendations.

I had the soil in my vegetable garden tested last fall and learned that beds on one side of the garden were low-medium in phosphorous and that two beds required lime. Only a soil testing lab can provide such precise and important information.

We can recycle nutrients (“close the loop”) in our gardens and yards by making and using compost and planting cover crops. Try to avoid synthetic nitrogen fertilizers because they require large amounts of natural gas to produce. Rely on local resources as much as possible to reduce energy use in transportation.