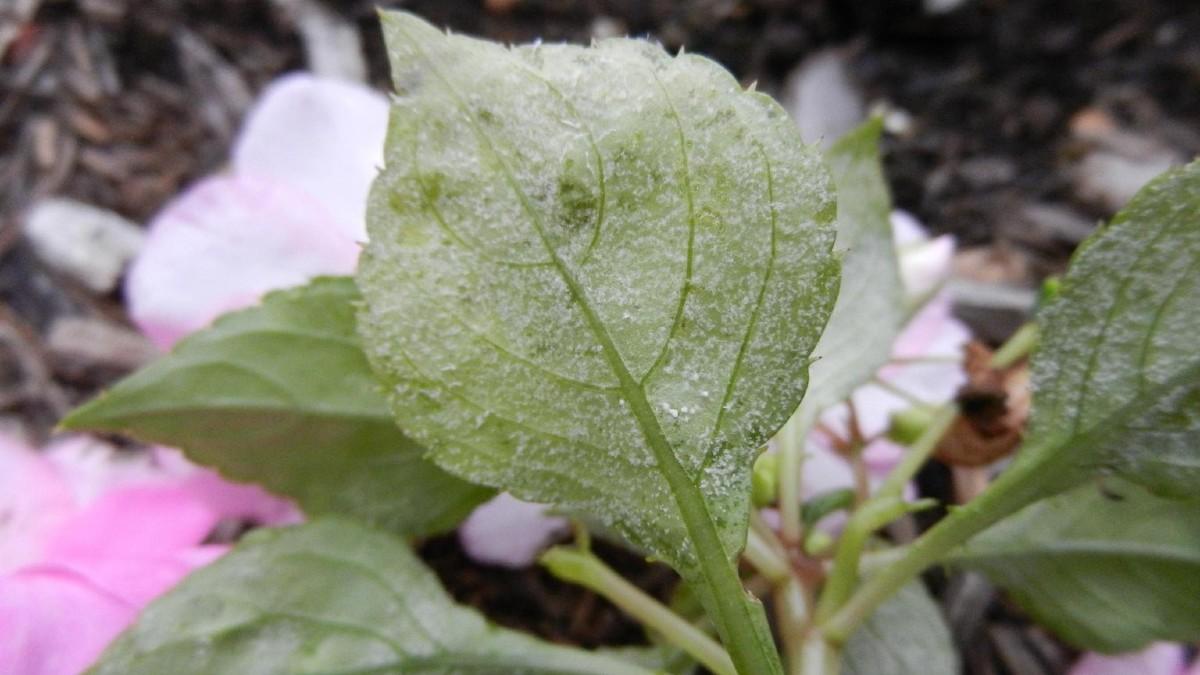 Downy mildew symptoms can be very subtle, starting as a slight light green mottling or stippling on one or a few leaves. Infected leaves may curl downward. If you look at the undersides of these leaves the white fuzzy growth of the pathogen is visible. As the disease progresses, infected plants will be stunted, and leaves and flowers will fall off leaving bare, leafless green stems. The leafless stems will eventually turn brown and become soft. At HGIC we received our first questions on impatiens downy mildew in July of 2012 and have had reports of it each summer since then. The disease is caused by the fungus-like microorganism, Plasmopara obducens, and is favored by cool, moist conditions. However, symptoms can be continued to be seen even in hot weather. The disease affects both seed and cutting propagated Impatiens walleriana. It appears that New Guinea impatiens plants are resistant or tolerant.

The survival of the disease depends on thick-walled structures called oospores that are formed in the diseased leaves and stems. These oospores can then overwinter in the soil and become a source of the disease next year. Unfortunately, fungicides do not cure infected plants, so all symptomatic plant material should be bagged and discarded.

Don’t compost them in your yard or at your site. We understand that this pathogen has overwintered on infected plants both in Europe and on Long Island, NY. Therefore we are recommending that you should not plant impatiens this year especially if you had infected plants last year.

While none of these is an exact substitution, some suggestions include cultivars of wax, winged and tuberous begonias, vinca (for full sun locations), New Guinea impatiens, coleus, plectranthus, hypoestes, iresine, torenia, lobelia, and nicotiana. You could even try some grass-like alternatives such as cultivars of isolepis (optic grass) which is a sedge, and juncus and luzula which are rushes, and stipa which is a feather grass.

University of Illinois - What's Next for America's Favorite Bedding Plant?