High Soluble Salts a Problem in Some High Tunnels 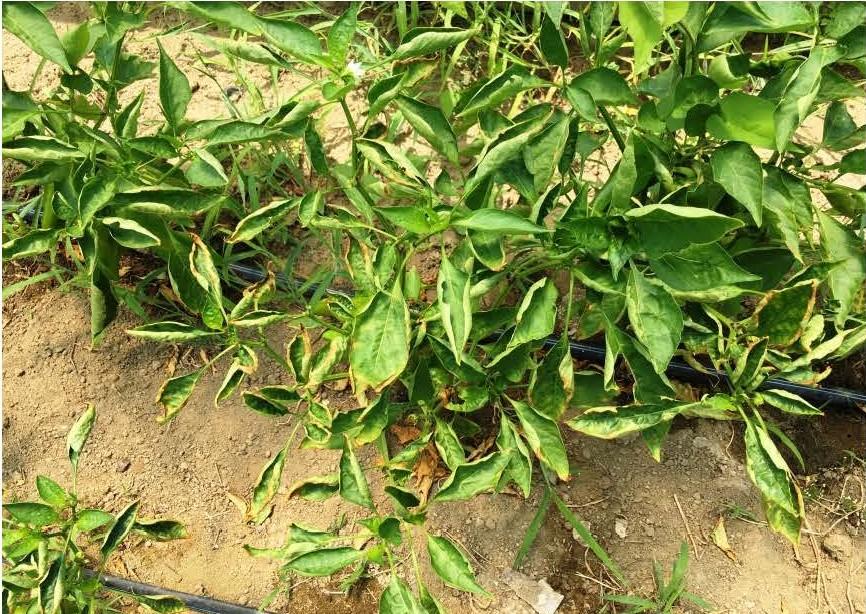 Fig. 1 Soluble salt damage to peppers in a high tunnel

High Soluble Salts a Problem in Some High Tunnels

Over the years several high tunnel (HT) growers have complained to me about how after 4-5 years of growing various vegetables (although tomatoes were the most grown) in their high tunnel they are seeing poorer yields and ‘unthrifty plants’. This seems puzzling because they have put a great deal of compost in their HT and the soil looks great. The problem I think is high soluble salts in the soil which will damage overall plant fitness and yield. These excess soluble salts often come from fertilizers applied frequently without sufficient water to leach them through the soil. Besides synthetic fertilizers other soil amendments with high salt concentrations include manure and compost. The most common scenario that results from high soluble salt levels in the soil is plant drought stress as soil water is drawn away from plant roots to the high soluble salt regions in the soil. Root cells lose water resulting in wilted foliage and roots that are badly damaged.

However, another scenario that I think is happening a great deal more often in our high tunnels is when plant roots absorb the excess salts in the soil and are unable to metabolize them. The soluble salts enter the roots and are moved through the water conducting tubes to the leaves where the water evapotranspirates, gradually concentrating the salts to toxic levels. The consequence of this type of salt stress in plants is a myriad of problems such as: poor growth, thin canopy, excessive leaf drop, poor fruit set and poor yields with the next damage level up being brown or necrotic leaf edges especially on older leaves that can curl (fig 1).

Some of the practices that can exacerbate the salt problem include: allowing the soil to become too dry for even a short time, frequent brief irrigations, short crop rotations, shallow or minimum tillage and little if any soil flooding. Some of our vegetable crops are much more sensitive to high soluble salts than others. Crops such as green beans, onions and peas are most sensitive while cabbage, cucumbers, peppers and potatoes are a little salt tolerant and broccoli, squash and tomato are moderately salt tolerant. These differing sensitivities may be why if tomatoes are grown most often in the HT and then peppers or cucumbers are grown the soluble salt problem can ‘suddenly’ appear.

Some of the possible in-season remedies for high salts include stopping the use of all fertilizers until salt concentrations return to acceptable levels, having adequate drainage to help move salts out of the root zone and flushing the soil with as much water as possible for several days (water should be applied slowly so it seeps down into the soil and does not runoff). After the season it may be best to take the plastic off of the HT and allow rain and snow to move the salts out of the growing zone.

Return to Horticulture and Disease Topics