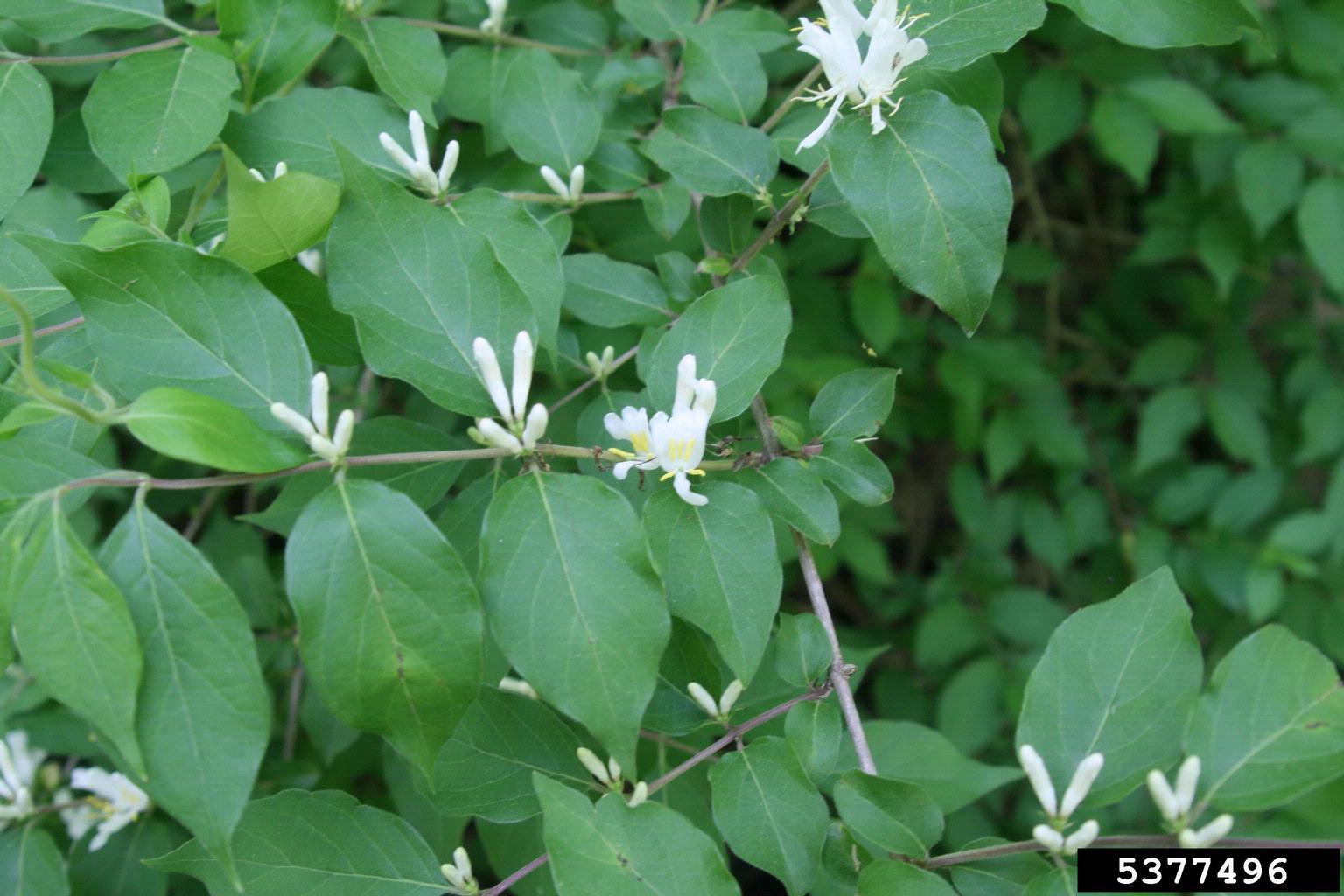 Fast growing and invasive deciduous shrubs grow up to 20’ in height. Leaves are opposite on the stem. The invasive honeysuckles have tubular fragrant flowers ranging from white to yellow or white to pink in color. Flowering begins in early spring before many native shrubs. Pith inside the stem is hollow. (In native Loniceras, the pith is solid.) Fruits are red to yellow.

Seeds are dispersed long distances by birds and deer.

Maryland Invasive Species Council. May 2018. “Are Invasive Plants “Bugging” You?”