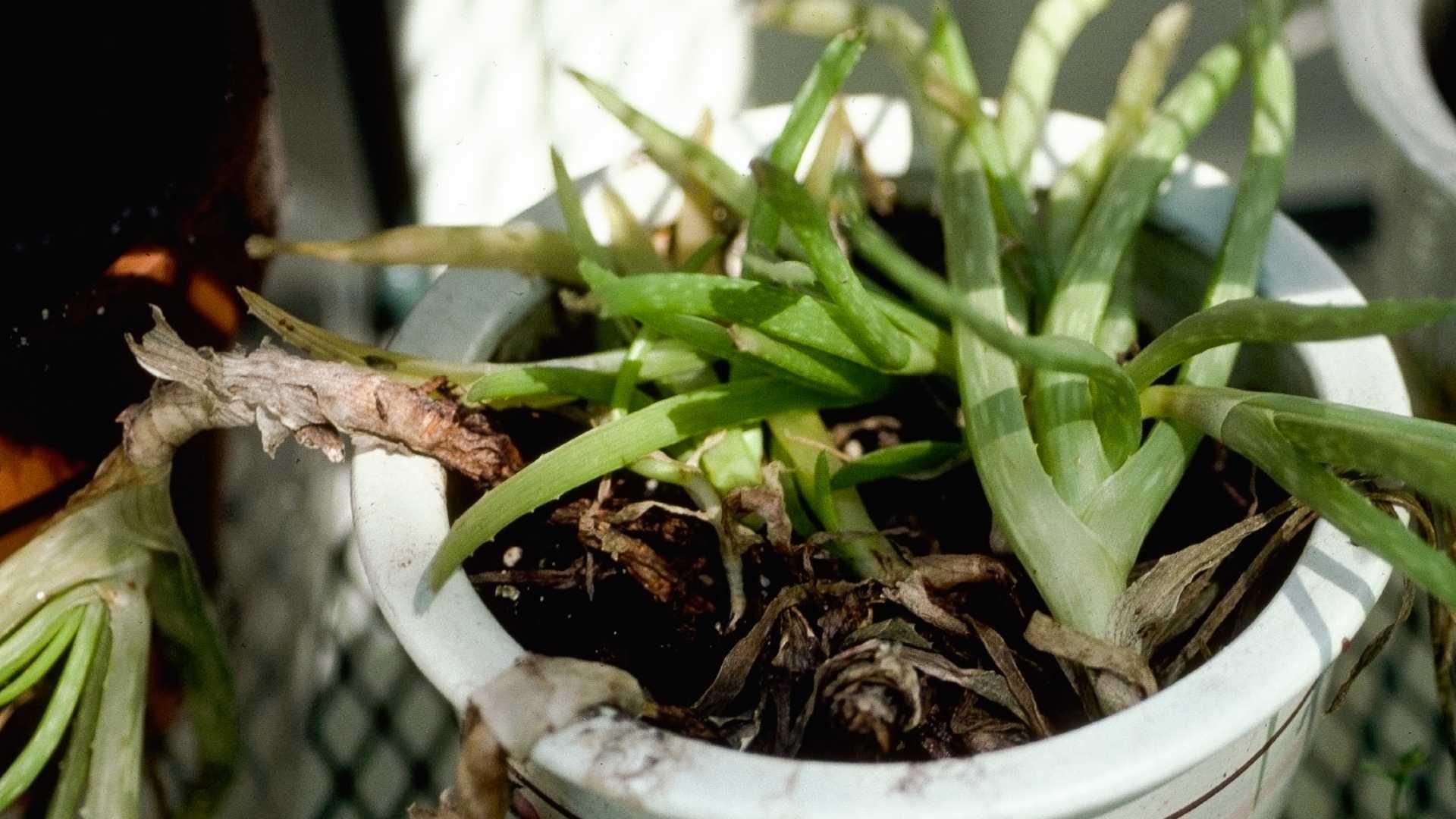 Despite their best intentions, many beginner gardeners have trouble with their indoor houseplants during the winter months. The number one reason for dying plants is usually overwatering.

Overwatering will lead to root rots and plant death. Depending on how much light the plants receive and how warm the room is it can be very tricky for people to judge just how much water their plants need indoors. Too many people assume that watering once a week is the right interval between waterings. Here is where accurate monitoring of the moisture around the root zone becomes critical.

Most plastic pots will dry from the top down. Clay pots will lose moisture from the sides as well as the top. Visual clues that the soil has dried out at the top include shrinking which will leave a gap around the pot perimeter. With practice, experienced gardeners can tell by the weight of the pot how much remaining water the plant has left before rewatering. Practice your skills by holding pots just after thorough watering to feel how heavy the plant is when freshly soaked. Then repeat the hand weighing process over the course of the next week to see how much lighter the pot becomes after the plant uses the water and the soil dries. Finally, on small pots check your estimates after a week by carefully releasing the plant from its pot and inspecting the root system visually. With larger plants slip a stick or ruler down beside a stem inside the pot until it reaches the bottom and then pull it out to inspect where the moisture still remains.

During the winter months when most plants have reduced growth rates try to allow most of the soil to dry out like a freshly wrung out dish towel. Not bone dry, but not too moist. If a plant has dried out completely and the soil has shrunk away from the pot sides try placing the pot in a sink or bucket of warm tap water so that the pot is halfway submerged. Allow the pot to remain for an hour or two so that the soil will slowly reabsorb moisture. With practice, you will master the correct interval between watering.

Overwatering of indoor plants will ultimately lead to root rots usually caused by fungi or fungal-like organisms. Symptoms of root rots/crown rots include yellowing, browning, and dieback of the leaves and browning or blackening of the crown and or roots, and poor growth. Root rots may also paradoxically cause wilting even when the soil is wet because the roots are so damaged that they cannot transport water to the leaves.

Pythium root rot causes stunting, yellowing and wilting of plants even when potting media moisture is adequate. Roots are brown to black and soft or mushy. The outer portion of the root can be easily pulled away from the core which leaves a fine hair-like thread. Often when a plant is pulled up from the potting media most of the root system is left behind in the pot.

Phytophthora root rot causes root tips to turn dark brown and rapidly turn soft and mushy. Often plants will wilt even when adequate moisture is present in the potting media. This pathogen can also cause the lower portions of stems to turn black, brown or mushy which can lead to lower leaf yellowing and drop.

Rhizoctonia root rot occurs when temperatures are warm and conditions are moist. The fungus grows as coarse reddish-brown threads, often resembling spider webs, over the surface of infected stems and roots. The infected roots and lower portions of stems will turn brown and collapse. Under ideal conditions for infection, Rhizoctonia will infect plant foliage and cause them to become brown and matted together.

The number one strategy for avoiding root rots has to be proper watering. Other strategies include, only using clean or new pots for planting, avoid regular garden soil, utilize a sterile potting media, remove and separate infected plants from healthy plants and always carefully inspect newly purchased plant material before placing them with existing plants. Throw away severely infected plants and only take stem cuttings from healthy tissue.