Invasives in Your Woodland: Japanese Knotweed 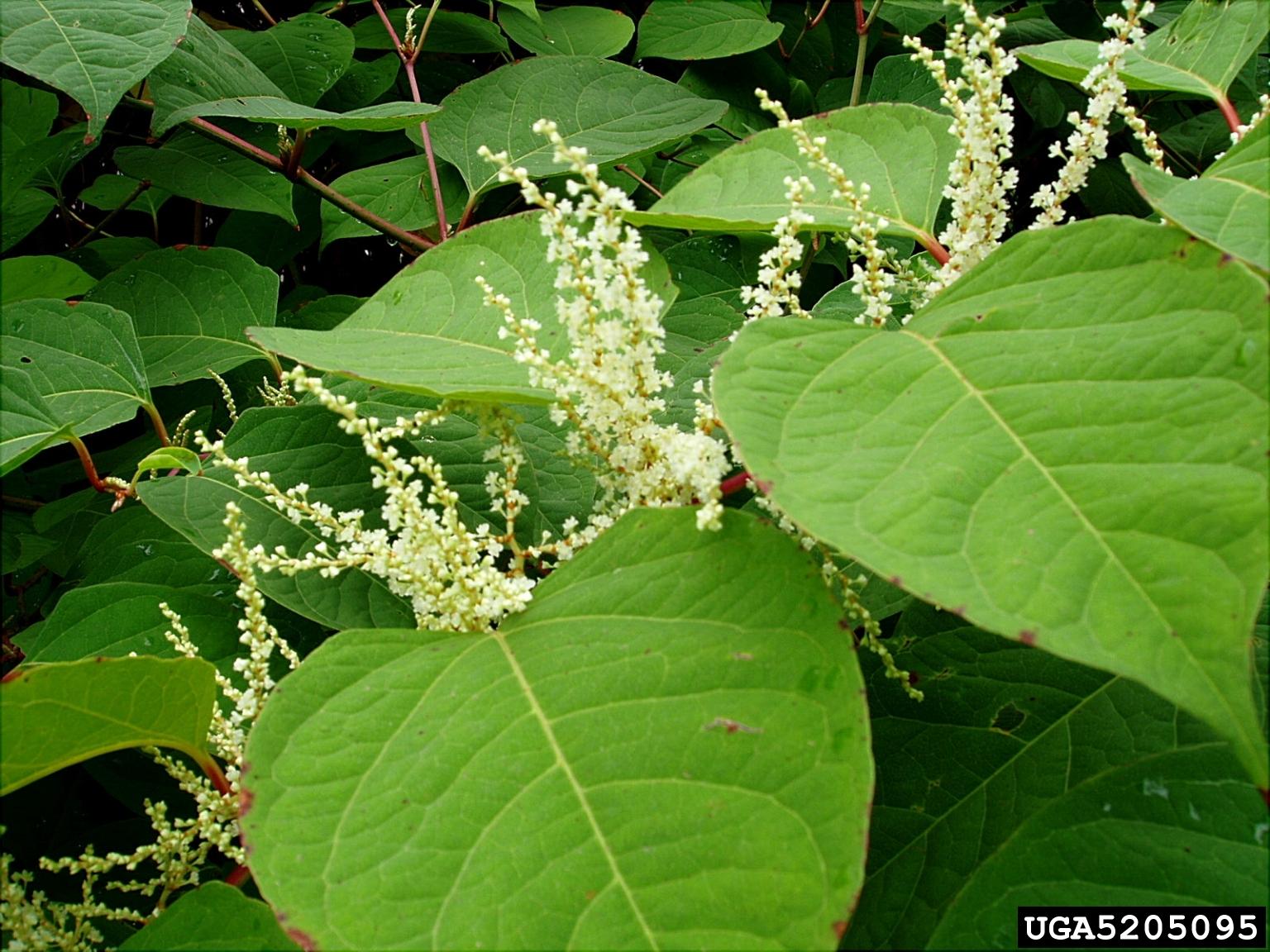 Previous issues of Branching Out have highlighted invasive plant species with the name “Japanese” in them, including Japanese stiltgrass, Japanese barberry, and Japanese honeysuckle. In this issue, we turn the spotlight on another Asian invader, called Japanese knotweed.

As with many other species from outside North America, Japanese knotweed was imported for use as an ornamental planting; unlike others, its exact date of arrival is not known but is estimated as occurring in the late 1800s. It was marketed under a variety of names, including Mexican bamboo, crimson beauty, Japanese fleece flower, and Reynoutria. It was also planted for erosion control. Since its introduction, it has spread to 36 of the lower 48 states and Alaska. In the mid-Atlantic, it is found in roughly half of Virginia, all of Delaware and West Virginia, and all of Pennsylvania except for eight counties in the center of the state. In Maryland, it is found in all but eight counties (Carroll, Cecil, Kent, Queen Anne’s, Talbot, Worcester, Wicomico, and Somerset). See the distribution map below.

Japanese knotweed (Polygonum cuspidatum or Reynoutria japonica) is an upright, shrubby, herbaceous perennial plant that can grow to over ten feet in height. It commonly invades disturbed areas with full or mostly full sunlight, such as roadsides. However, it can tolerate shade, as well as high temperatures, high salinity, and drought. It is commonly found along streams and rivers and in low-lying areas, along utility rights-of-way, and around old home sites. It has also been known to grow through cracks in cement, through joints in stone walls, and between floorboards.

Japanese knotweed spreads primarily by seed and by means of long, stout rhizomes. Because it can survive flooding conditions, it can spread along water courses. It has also been spread by seeds contained in fill dirt and that drop from shoes worn by individuals who visit impacted areas. It can escape from neglected gardens and can spread from cuttings that are improperly discarded. It spreads quickly to form dense thickets that crowd out native vegetation, particularly along previously-bare shorelines and islands.

The stems of Japanese knotweed are semi-woody and hollow. Younger stems may have a deep red color; older stems are mostly green with patches of brown or red. The broad heart-shaped leaves are alternate on the stem, 6 inches long by 4 to 4 inches wide. The plant flowers in late summer, with small, greenish-white flowers developing in branched sprays. These are quickly followed by small, shiny, triangular and very small seeds (about 1/10th of an inch long). See the Image Gallery below.

Once established, Japanese knotweed proves extremely persistent and is difficult to control. A colony of established plants may have an extensive rhizome network; one researcher in New Hampshire reported a connected underground system of one plant that extended across more than 30,000 square feet, or half a football field.

The key is to remove the weeds as soon as they are observed. Consistent and repeated removal by hand should include cutting the canes and digging up the roots. Allow the cuttings to dry out in the sun before disposal. Do not compost. Herbicide applications using glyphosate can kill Japanese knotweed, but it may take 3-5 years to eradicate it. The best time of year to do so is after the plant has flowered until the first frost.