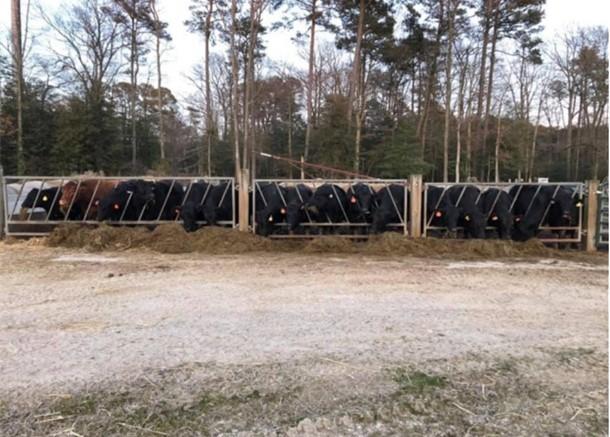 Culling decisions are a routine part of beef cow-calf herd management. It should be a constant process during all phases of the production cycle. So as you observe your cows and calves this spring and summer, start making a list.

Producers should make culling decisions based on what is best for their farm’s profitability and what is best for animal well-being. In short, market cattle while they are in a condition that processors prefer before they become a transportation risk and their value declines.

Adequately conditioned cows have greater carcass and economic value and are increasingly being called market cows instead of cull cows. The following suggestions can help you develop your operation’s culling strategies.

Declining health and/or weight loss: Greater scrutiny is even more critical when evaluating livestock fitness for transport, specifically cattle at risk for becoming non-ambulatory. Cows must be in adequate health to make the haul when leaving the farm for market and from market to the processing plant. Farmers need to decide to market cows before declining health, or low Body Condition Scores (BCS) make them less desirable to processors, and sales revenue is lost.

Reproduction: Reproductive efficiency is one of the most significant factors impacting beef cow-calf enterprise profitability. Open cows and heifers consume feed without providing income from calf sales. Late calving cows produce lighter-weight calves and have fewer chances to breed back. Economic modeling show’s that six calvings are needed to recover the initial investment of rearing a replacement heifer. In Boyer’s analysis, it took eight calves if one calving season is lost due to failure to conceive and over nine calves if two calving seasons were lost (Boyer et al. 2020).

Poor calf performance: Complete, accurate, multi-year production records should be used in your decisions for removing inferior dams by factoring in calf performance. Cows that consistently wean lightweight calves indicate an inadequate ability to produce milk, nurture a calf, or simply have inferior genetics. Care needs to be taken to use production records properly. Calves of first and second calf heifers shouldn’t be expected to perform the same as calves from mature cows, and records need to be kept in a way that can sort this out. Additionally, a one-time event, such as calf sickness, may occur with nothing to do with mothering ability, emphasizing the importance of multi-year records.

Disease: In addition to disease conditions that result in rapidly declining health, there may be profit robbing chronic diseases to manage or eliminate from your herd. This may include cows testing positive for Johne’s disease, Bovine Viral Diarrhea (BVD), and Bovine Leukosis (BLV).

Disposition: Vigorous calves and protective mothers are a good thing, to a point, but highly aggressive behavior has negative consequences. Cows with overly aggressive dispositions are a danger to handlers. The heritability of disposition is moderate to high in cattle. Feedlot cattle with more excitable disposition scores have been shown to have decreased body weights, inferior average daily gains, and poor carcass yield, grade, and marbling scores.

In addition, you may be faced with considerations above and beyond a specific cow in the herd:

According to the National Beef Quality Audit, cull breeding animals contribute up to 20 percent of gross revenue for beef operations. Despite their contribution to gross income, many farms market cows without a plan to optimize their revenue.

Seasonal price patterns have been well documented for market cows. While exceptions can occur due to market volatility, price lows typically occur in November. Peak prices occur in late spring through mid-summer. With most beef herds practicing spring calving and fall weaning, market cow volume increases in the fall as calves are weaned, cows are typically pregnancy checked, and decisions on who remains in the herd are made.

Holding onto market cows until spring promises higher prices, but the cost and risk of doing so must be factored in. Having a plan to add weight to thin cows and increase their quality grade can tip the scales in your favor. Body Condition Scores can be used to approximate market cow class and the amount of BCS improvement needed to move up in classification. Breakers are approximately BCS 7 and above, Boning utility (Boner) is around BCS 5-7 and Leans, and Lights are BCS less than 5. Lights have approximate hot carcass weights less than 500 pounds.

On average, it takes about 75 pounds of weight gain to increase one point in BCS. On the other extreme, overly fleshy cows (BCS over 7) may not receive a market premium and are less feed efficient.

There are risks to prolonging ownership of market cows. Not all cows are good candidates to add condition to. Cows with rapidly declining BCS, poor teeth, advanced age, or health problems should be marketed in a timely fashion or risk becoming non-marketable and losing all value. Feed inventory and prices must be considered. Yardage expenses and added labor costs need to be accounted for as well.

A strategy sometimes overlooked is pregnancy checking cows in early fall and marketing open cows in September and early October. In a typical year, market cow prices will be declining but have not yet reached seasonal lows. An added benefit to this strategy is it also reduces feed costs associated with retaining market cows.

In short, establish a culling plan.

This article appears in the May 2021, Edition 1, Cattles Tales Livestock newsletter.