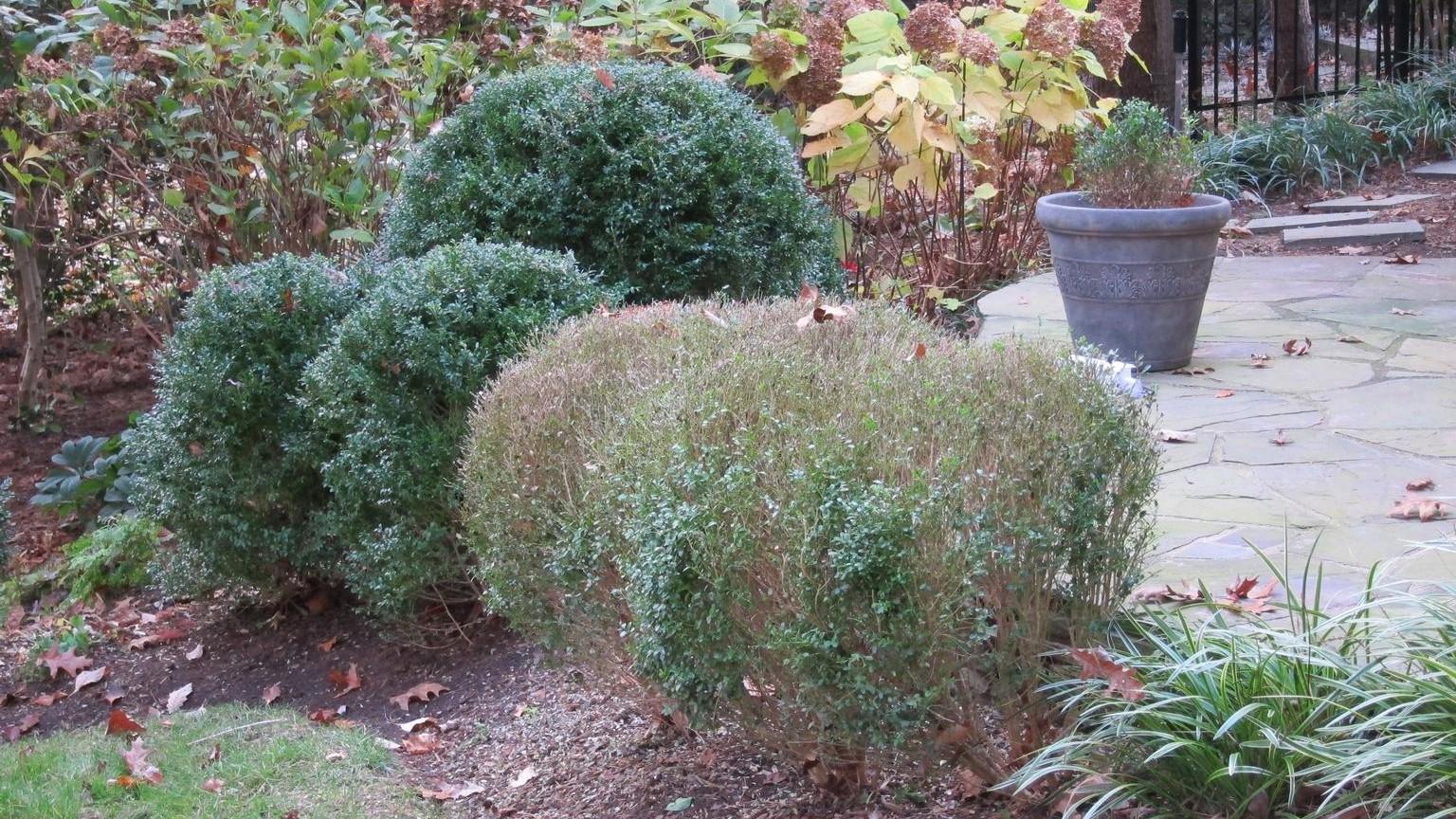 Box blight or boxwood blight has been causing defoliation of boxwoods throughout Europe since the late 1990’s.

In October 2011, the disease was found in North Carolina and Connecticut in both nursery and landscape plantings. The disease was also found in a Virginia nursery. Since this first US report the disease has been identified in a number of northeastern states and also in Oregon, and British Columbia. The first Maryland case of Boxwood Blight was confirmed on plants from a landscaper’s nursery in December, 2011. The rainy 2018 season greatly increased the spread of the disease. It has now become more noticeable in Maryland landscapes.

The first symptoms begin as leaf spots followed by rapid browning and leaf drop starting on the lower branches and moving upward in the canopy. The key symptoms that differentiate Boxwood Blight from other boxwood diseases, such as Volutella Blight and Macrophoma Leaf Spot, are numerous narrow black cankers (black streaks) that develop on the green stems. (See images below.) The pathogen does not attack the roots, so larger plants may produce new leaves during the growing season but may lose ornamental value as defoliation becomes severe. Repeated defoliation and dieback from stem cankers have killed small rooted cuttings in nursery propagation. The causal fungus can remain alive in fallen leaves which can then serve as the source of infection for subsequent years.