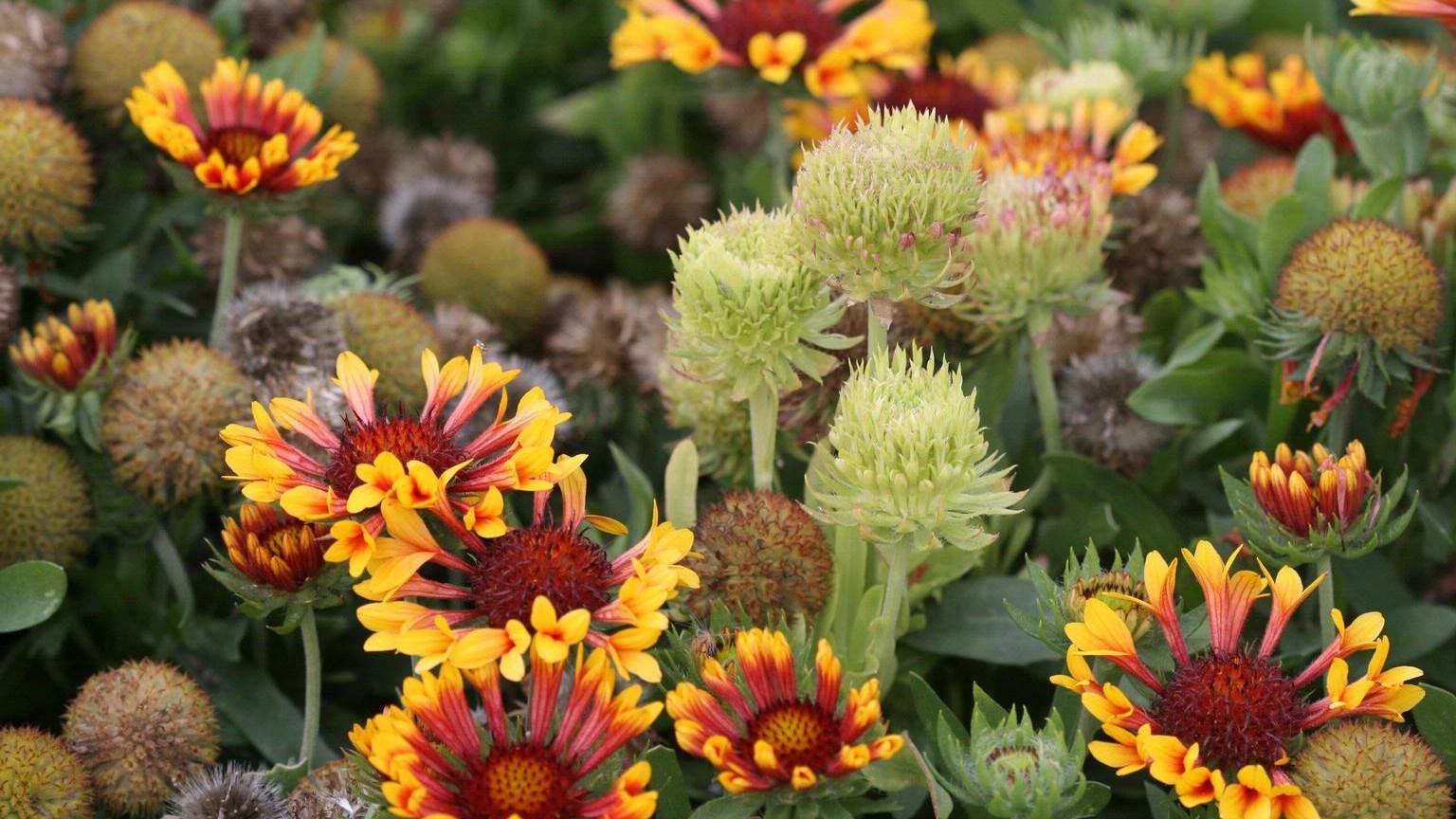 Aster yellows causes a general yellowing and stunting of the plant. Often there are other symptoms on older plants such as witches brooming, abnormal, massed, brush-like development of many weak shoots arising at or close to the same point, abnormal production of adventitious  roots, malformed flowers with petals that are frequently abnormally green colored, wilt, and dieback. This disease is spread in the field by Macrosteles fascifrons, the aster leafhopper. Aster yellows survives in many weed hosts and leafhoppers feeding on infected weeds can spread the disease to healthy crop plants. Perennials infected with aster yellows generally die within the first season of infection.

Aster yellows is caused by phytoplasmas. Phytoplasmas are round to elongate organisms similar to bacteria, but lack cell walls and belong to the class mollicutes. They were previously classified as mycoplasmas or MLO's (mycoplasma-like organisms). Phytoplasmas invade the phloem and cause disease symptoms sometimes similar to viruses.

The best management practices for phytoplasmas, such as aster yellows, are aimed at preventing the introduction into the landscape. Early detection of infection is critical to prevent plant losses. Inspect new plant material and established plants for abnormal coloration, stunted growth. Submit plant samples for testing and destroy any infected plants. There is no cure for infected plants. Remove infected plants as soon as they are diagnosed to prevent spread to nearby healthy plants. Weed control is very important since weeds and can serve as sources for infections. Eliminate weeds, such as thistle, wild chicory, wild carrot, dandelion, field daisy, and wide-leafed plantain that can act as reservoirs of phytoplasmas.