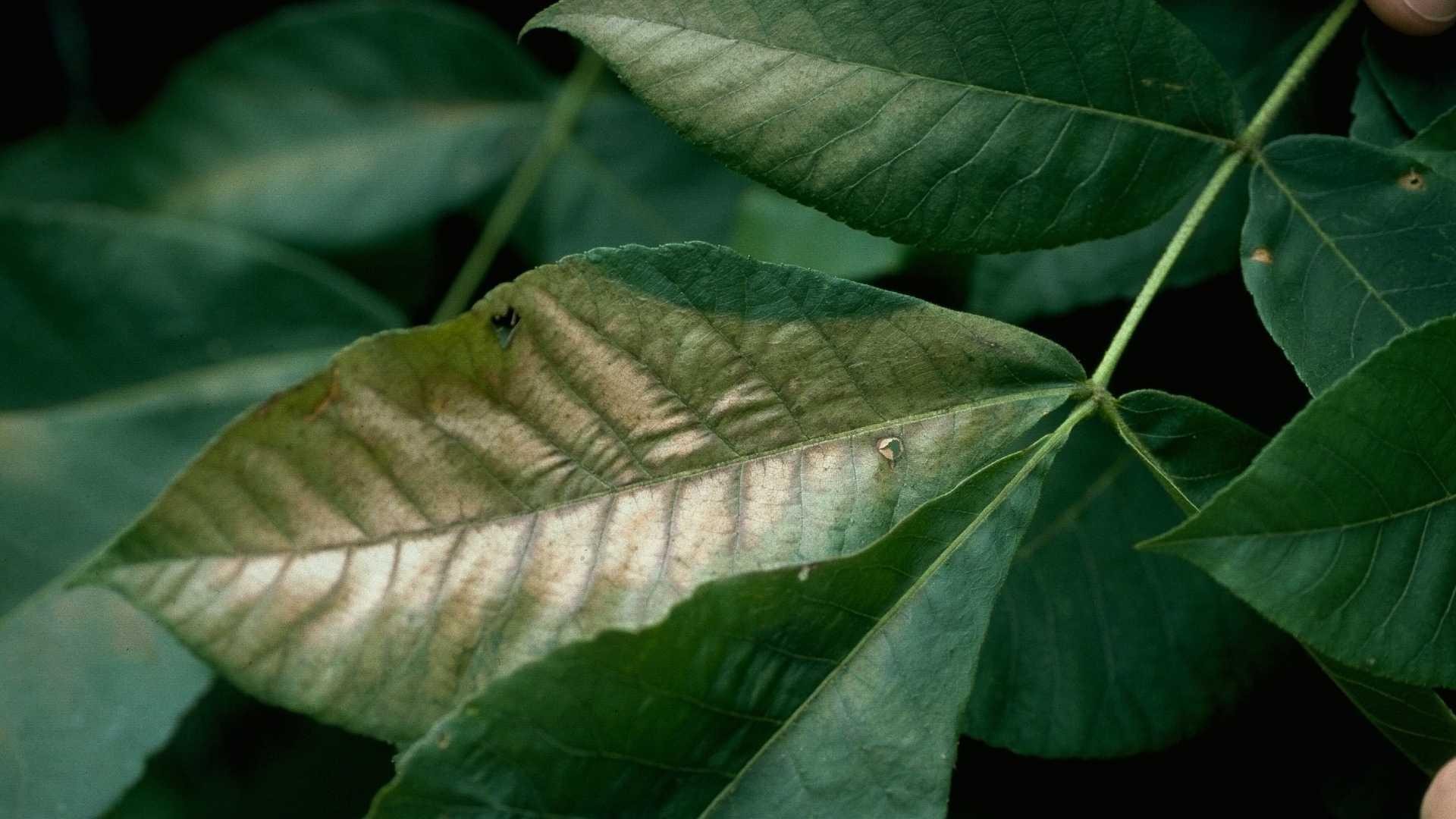 Air pollution damage often appears as yellowing or flecking of the leaves and foliage may be thin or stunted. Symptoms associated with air pollution damage will vary according to the season, environmental conditions, and amount and length of exposure. 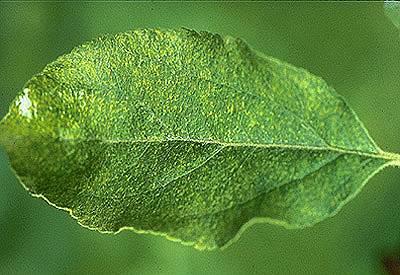 Ozone is the most damaging air pollutant in Maryland and shows up as mottled yellowing or tip browning on needles. Yellowing usually occurs when plants are exposed to low doses of ozone and tip burn appears from exposure to high doses. This tip browning results from necrotic banding of medium-aged tissue along the middle of needles, which is the most sensitive. Tip burn symptoms affect all of the needles equally on a branch. These dead needle tips may also break off over time giving the appearance of shorter than normal needles.

Sulfur dioxide injury on young needles appears as reddish-brown needle tips, but later in the season may appear as bands of necrotic tissue on the needles. Injured needles may remain on the plant for some time.

Fluoride injury generally appears as tip burn with a distinct margin between living and dead tissue.

What Causes Trees and Shrubs to Die?