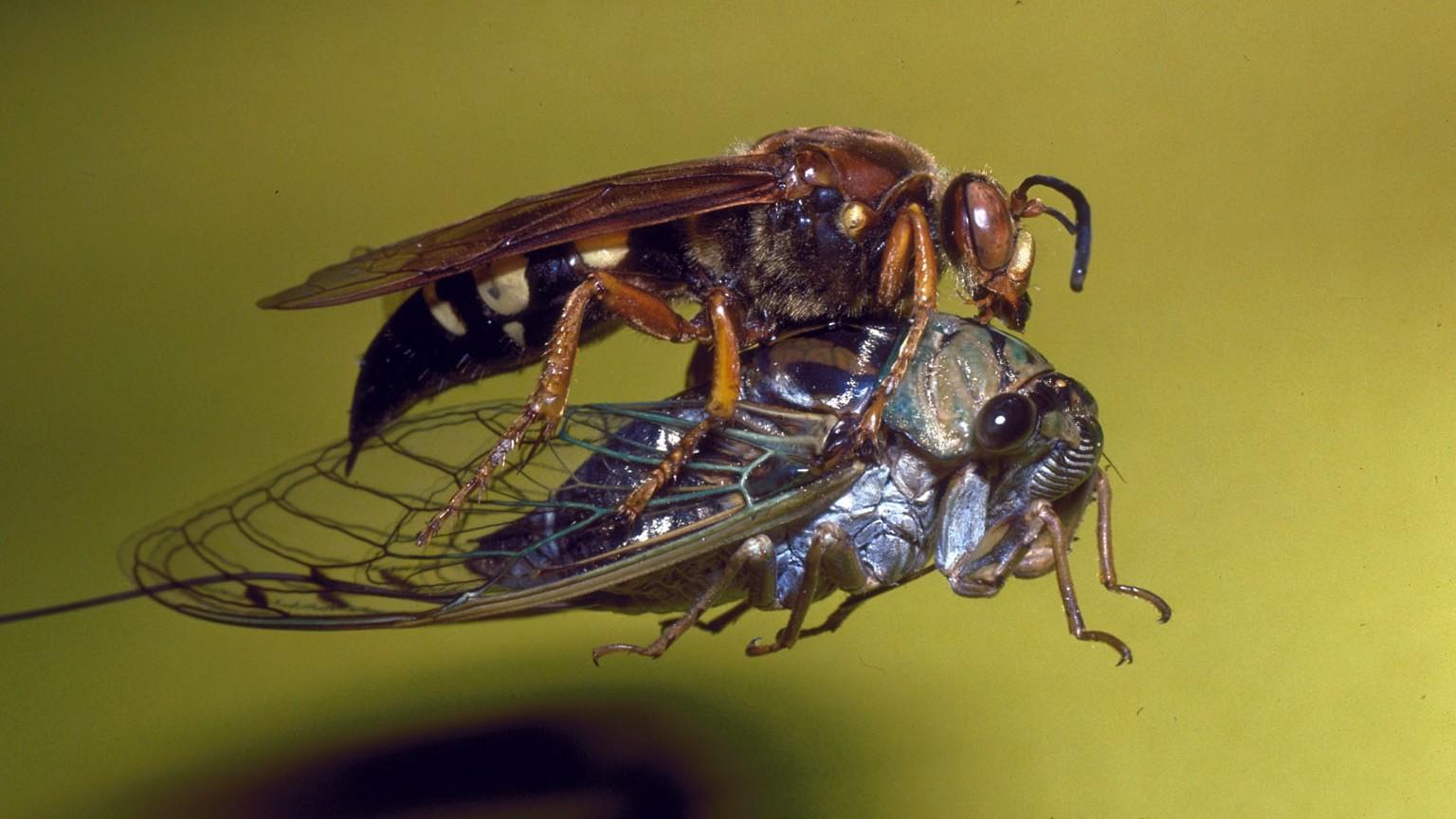 NOTE: It is important to know if you have social or solitary wasps before considering control for nuisance reasons. A stream of wasps entering and exiting from a single hole in the ground indicates social wasps that may defensively sting if the nest is disturbed. If you have a few to hundreds of holes in an area with only one or two wasps around each opening, you have harmless solitary wasps and chances of being stung are very low.

Pest(s) fed on: A wide variety of insects and spiders, including caterpillars, beetles, beetle larvae, flies, true bugs, other wasps, and a variety of other larger insects.

Adults: Many social wasps range in length from 1/2 to nearly 1”; are banded in black and yellow, but sometimes cream. The European hornet is up to 1” long and much stouter than yellowjackets; yellow with black markings on the abdomen, red and black marked thorax, and a red head. Potter wasps are a little smaller and chunkier in appearance; generally black with yellow or cream bands. Mud daubers are 1/2 to 1 1/2” long; blue-black in color; and long-bodied with a very thin waist. Unlike bees, wasps are not hairy, or fuzzy. Cicada killers are very large (up to 2”), black and yellow banded solitary wasps with reddish wings that feed exclusively on cicadas. The entrance to their burrows may be mistaken for those of small rodents.

Where to find: Generally throughout the garden and landscape feeding on pests. Some nests are readily seen. European Hornet workers are active day and night and may be attracted to lights at night.

How to attract and conserve: Grow flowering plants that produce the nectar and pollen eaten by adult wasps. Avoid or reduce use of broad-spectrum pesticides.

Contributors: Mike Raupp, Jon Traunfeld, and Chris Sargent
We would like to thank Dr. Nancy Breisch, UMD Entomology, for her contributions to this page.