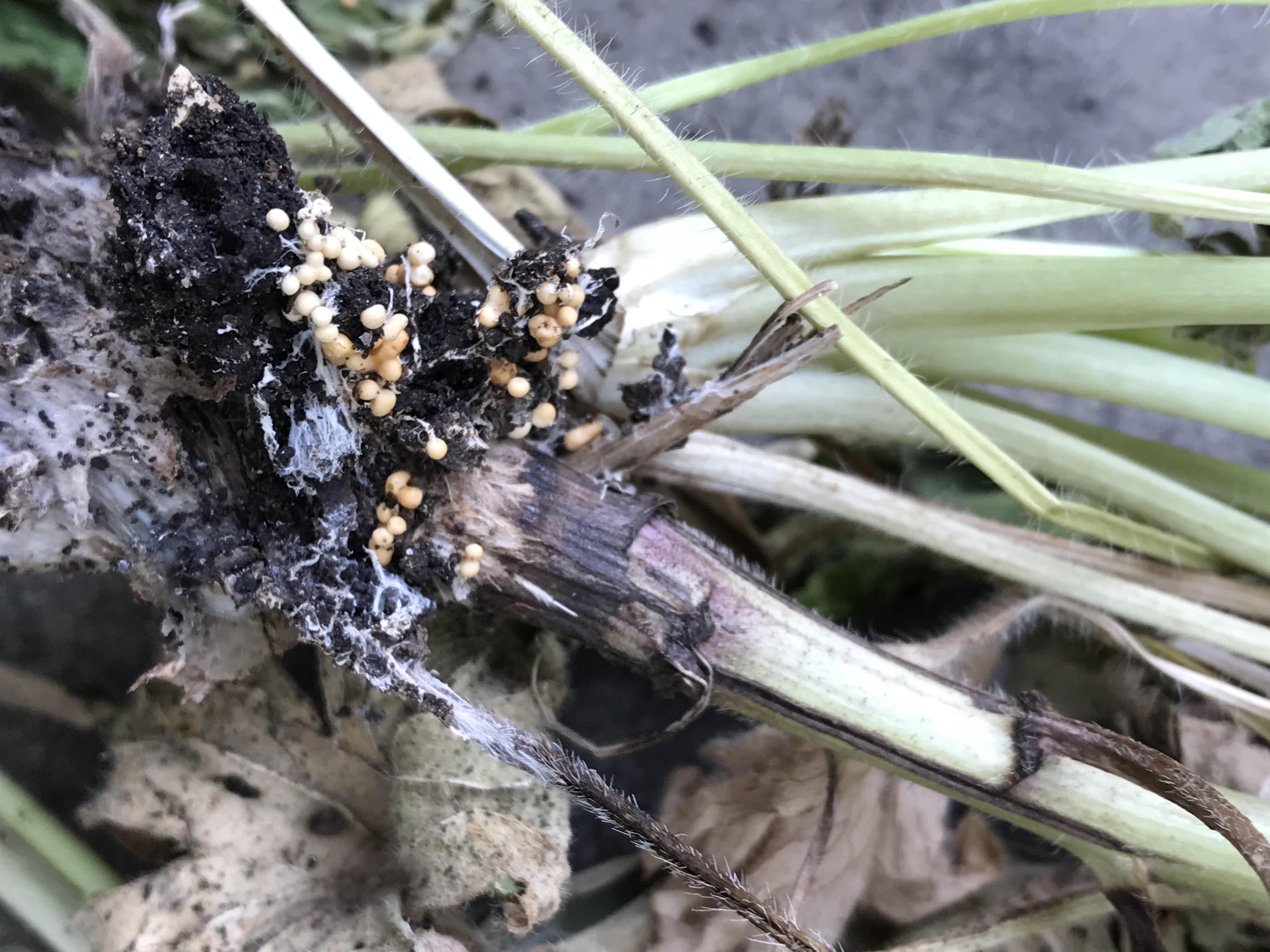 When a plant or part of the plant (leaf, flower, fruit) rapidly collapses and dies this is called blight. Many bacteria, fungi, and viruses can cause blights. Most blights are favored by certain weather conditions, such as hot and humid or cool and moist.

Southern blight is caused by the fungus Sclerotium rolfsii. This fungus can attack probably all herbaceous perennials. It is active only during hot weather, so plants can grow well in infested soil during most of the growing season, and only become damaged during the hottest part of the summer. The first symptoms seen are wilting and collapse of individual stems or entire plants. Close inspection of the stem at the soil line reveals white mycelium (strands of fungus growing on the stem and mulch or soil surface), and small (1/8 to 1/16 inch), tan spherical sclerotia, that resemble mustard seeds (They are white when first formed, and gradually over several days turn brown). Roots of infected plants are unaffected. Cortical decay of the stem at the soil line is common during hot, humid weather.

It is capable of blighting most herbaceous perennials, vegetables, annuals, herbs and even turf and woody plants.

The basis for control of Southern blight is to reduce the number of sclerotia surviving in the upper few inches of the soil. During the growing season, remove blighted plants and the mycelium clinging to stems and mulch. Deep plowing can provide good control by burying the sclerotia.

The cornerstone for control of all blight diseases is sanitation both during the growing season and in the fall. Wilted and blighted plants and plant parts should be promptly removed from the garden. Do not compost material killed by southern blight (Sclerotium rolfsii) or white mold (Sclerotinia) because the sclerotia of these fungi may survive composting. In the fall, all plant debris should routinely be cut at ground level and removed. This material may be composted.