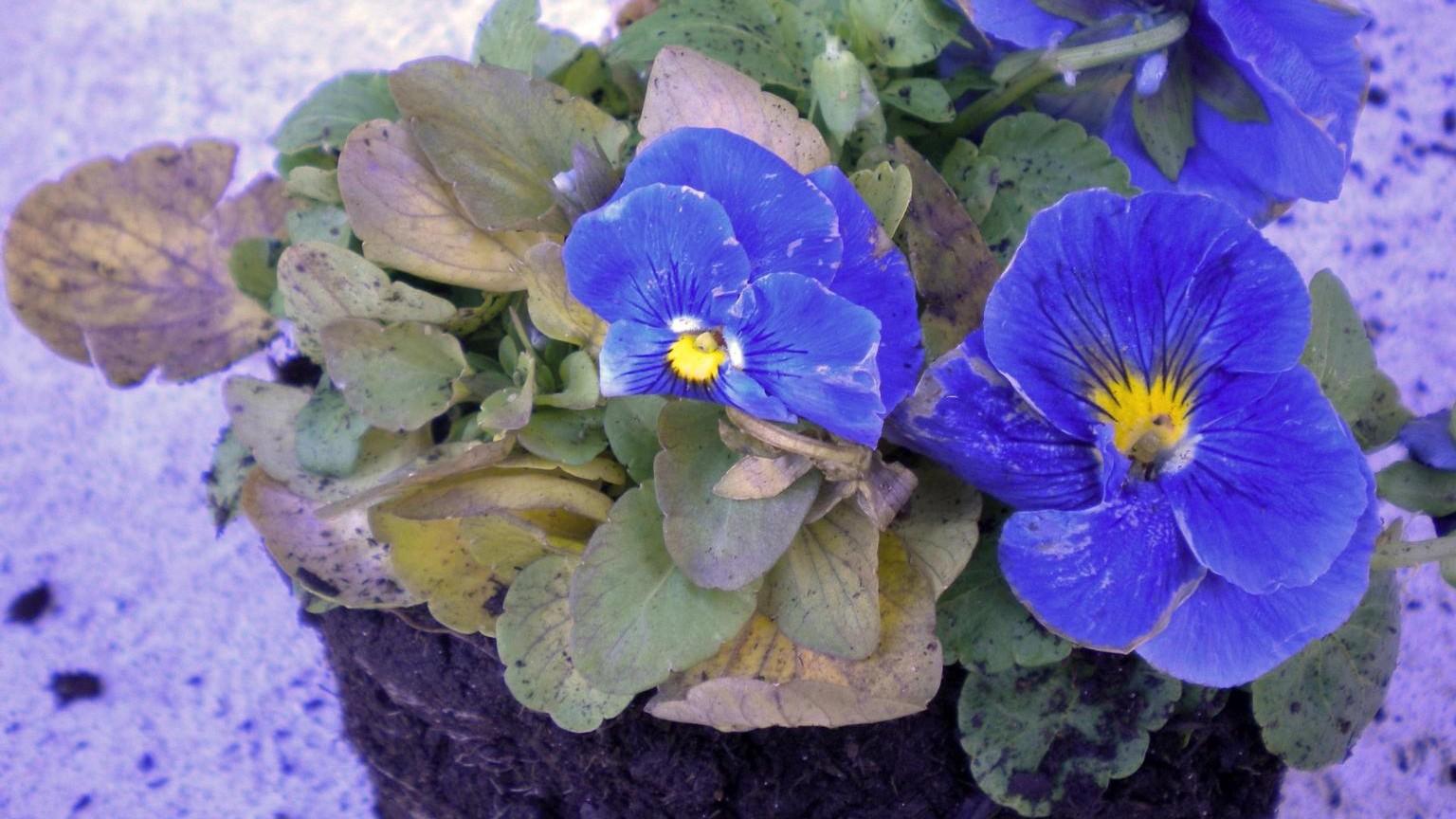 Root and crown infections will first appear as wilting or collapse of the plant. Early detection of infected plants includes scouting for plants that either wilt or collapse during periods of water stress. Chronically infected plants may be stunted or off color. Inspect root systems by gently tapping plants out of their pots and inspecting for excessively soft, dark or off color root tips. Frequently the bottom or outer roots will be the first to show initial symptoms. Examine the health of the root tissue by gently pulling on the root. Root rotting pathogens will often cause the outer tissue to easily pull off leaving the central core. Crown rots will cause the plant to easily fall over or allow the plant to be pulled easily out of the pot.

Diseases that cause die back and browning of roots are often referred to as root rots. These same diseases, if they attack at the base of the stem at the soil line, can also be called crown rots. If they continue up the stem, they can cause stem rots. Cankers and stem lesions are caused by pathogens attacking further up the stem.

Rots may also be caused by infectious fungal pathogens such as Alternaria, Botrytis, Cylindrocladium, Fusarium, Myrothecium, Pythium, Phytophthora, Rhizoctonia, Sclerotinia, Sclerotium, and Thielaviopsis. These fungi can survive for relatively long periods in the soil and can infect a large number of perennial cultivars.

Heavy soil and low areas that collect water will be more prone to root and crown rot problems. Long-term problems such as poor drainage should be fixed or avoided before establishing beds. Monitor these areas first for early signs of root diseases. Perennials that prefer to be on the "dry side", or that are drought-tolerant, frequently develop crown and root diseases in heavy soils. Only healthy plants should be planted in field beds because of the potential for the introduction of pathogens into the existing soil. Since many root and crown pathogens have a large host range and can live a long time in the soil, crop rotation will usually not solve infection problems.

Avoid the use of unsterile soil or potting mix stored in old open bags. Resist the temptation of buying old broken bags of potting mix at a discount price. Use only new potting containers or sterilize previously used pots with a 10% bleach solution. Submerge pots in a freshly mixed bleach solution for several minutes and then rinse with clean water.

Bacterial pathogens can cause soft rots as well as secondary infections. Bacterial soft rots and wilts will often cause plants to quickly collapse under periods of water stress. Soft rots will often cause a "mushy" dark appearance of the infected tissue. Severely rotted tissue will often have a "rotted smell" because of secondary infection from other common bacteria found in soil and on plant surfaces. Soft rots frequently occur at the soil line or crown of the plant. Bacteria need a wound or opening to invade plant tissues. Plants that are injured or roughly handled will be more susceptible to soft rot infections. Warm weather and prolonged wet periods frequently encourage bacterial infections.

Crown gall, caused by Agrobacterium tumefaciens, causes swelling or proliferation of tissue at the base of the plant. These galls or "growths" cause a disruption of the normal water and nutrient flow up the stem of the plant.

Bacterial diseases are frequently introduced into the garden by planting previously infected plants. They generally don't persist long in soil or planting media unless plant debris from previous infections is abundant. However, old potting media stored on the unprotected ground, or the use of contaminated tools should be avoided. Low areas that collect water runoff will be more prone to bacterial problems. Bacterial diseases are spread by water and are carried in infected plant debris. In the lab, infected plants can be inspected for bacterial streaming under a microscope.