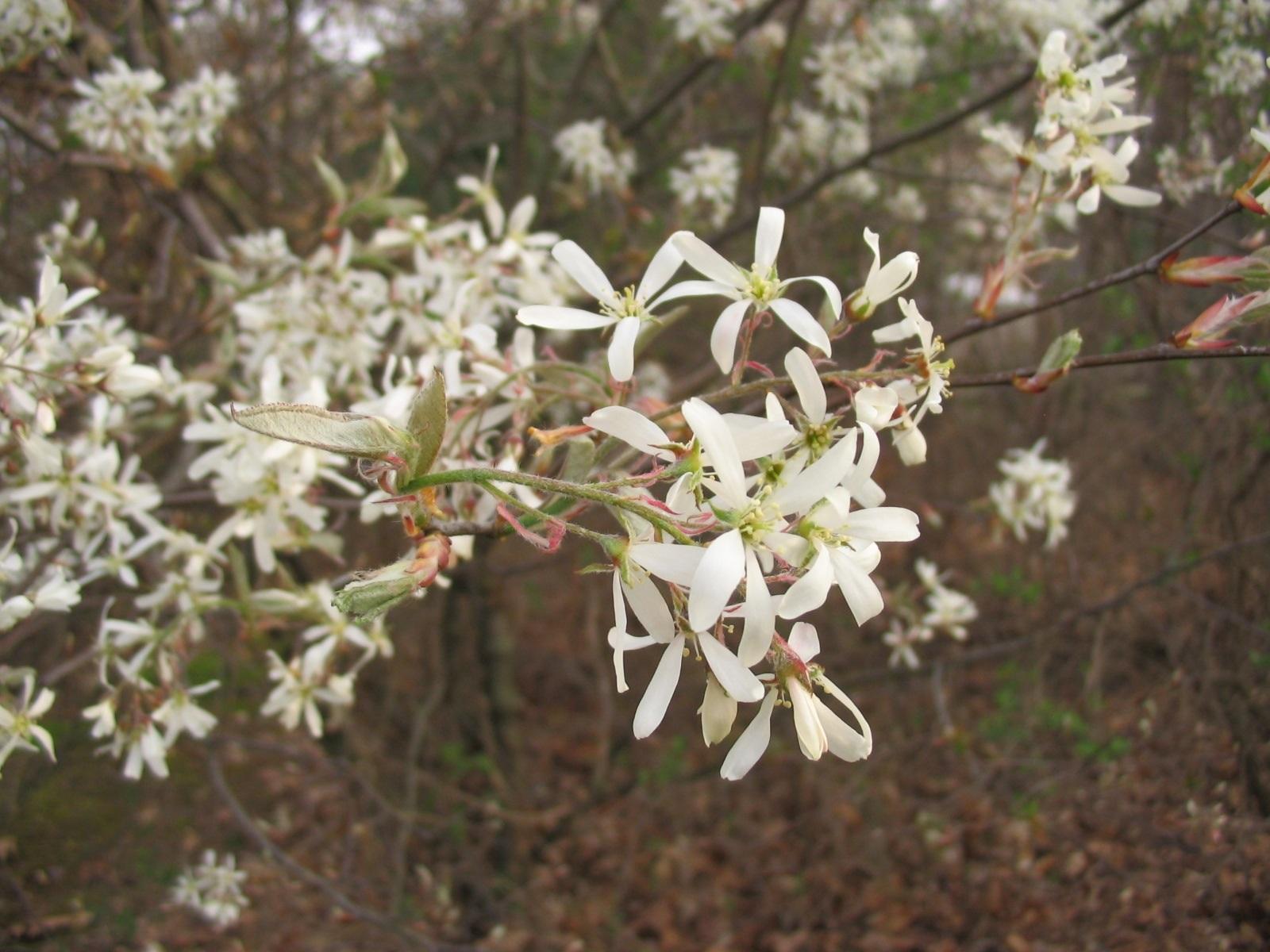 Garden Uses: While there are 13 species of serviceberry documented in Maryland, the most common ones available to home gardeners are:

Serviceberry species can be difficult to distinguish from one another. All are fine choices for gardens and landscapes where a small tree or large shrub is desired. In general, serviceberries have attractive early spring flowers, edible fruits (similar to blueberries), and brilliant orange-red foliage colors in autumn. This is an excellent alternative to the invasive ‘Bradford’ callery pear. They are among the earliest-flowering spring trees.

Serviceberries are susceptible to cedar-quince rust disease, which can render the fruits inedible for people (but still useful for wildlife). They are also susceptible to fire blight, occasionally. Disease severity varies from year to year, in part due to weather conditions. Lace bugs and spider mites sometimes can be a problem also.

Wildlife: Serviceberries are highly valuable to native wildlife. The early flowers provide pollen and nectar to a variety of native bees and other beneficial insects such as syrphid flies and tachinid flies (which are good predators of pests). The berries provide food for a variety of bird species including American Robins, Baltimore Orioles, Cedar Waxwings, and Gray Catbirds. Serviceberries are a host plant for a variety of moths, which, in their caterpillar form, provide essential food for young birds.

Planting Trees in Our Changing Climate