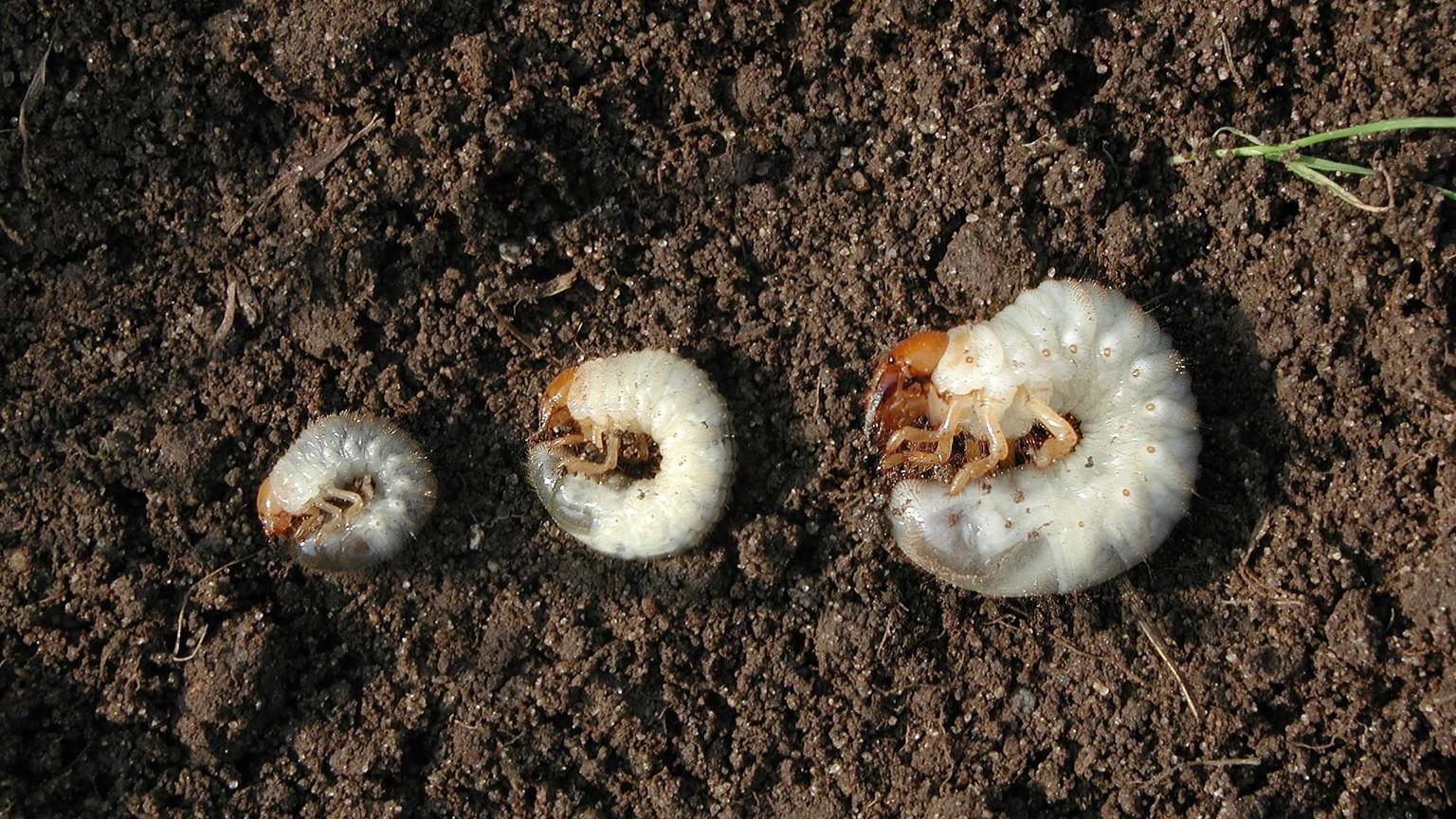 Grubs are the larvae of beetles such as Japanese beetle, green June beetle, May or June beetle, chafers, Oriental beetle, and weevils such as black vine weevil. Grubs are generally creamy colored with brown heads. Most beetle grubs have legs. Scarab beetle grubs (Japanese, May, June, Oriental, etc.) have a distinctive C-shape when found in the soil. Weevil grubs are similar in appearance but are legless.

Sizes of mature grubs range from about ½ inch to over an inch. Green June beetle grubs may be as long as two inches. Grubs feed on the roots and crowns of plants, particularly grass and remain underground for one to three years until they emerge as adult beetles. The larvae of black vine weevil may also burrow into the base of herbaceous plants. Japanese beetle grubs tend to be most common in new developments with bluegrass sod. In older established neighborhoods grub populations are generally kept in balance by natural factors such as parasites, predators, and diseases.

Are root-feeding insects that may cause wilting, stunting and off-color of plants. The insects will be found on roots of affected plants. They are oval in shape and covered with a white dusty to granular wax.

Are another group of insects that may be found feeding on the roots of herbaceous plants. Heavy infestations may cause stunting of plants, but most plants tolerate root aphid feeding. The aphids feed on the leaves of poplar (primary host) in the fall and spring and the roots of herbaceous annuals and perennials (secondary hosts) in the summer. They are small, covered with white wax and resemble mealybugs. Most root aphids must be tended by ants to survive. If root aphids are discovered to be a problem, ant management may be necessary. 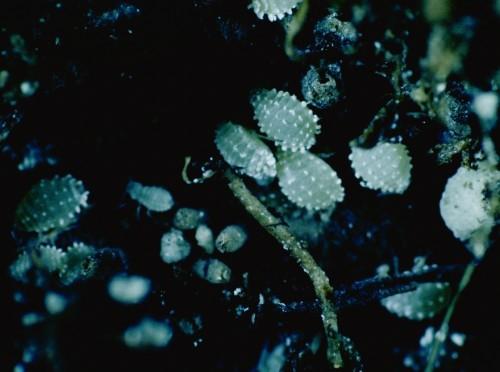