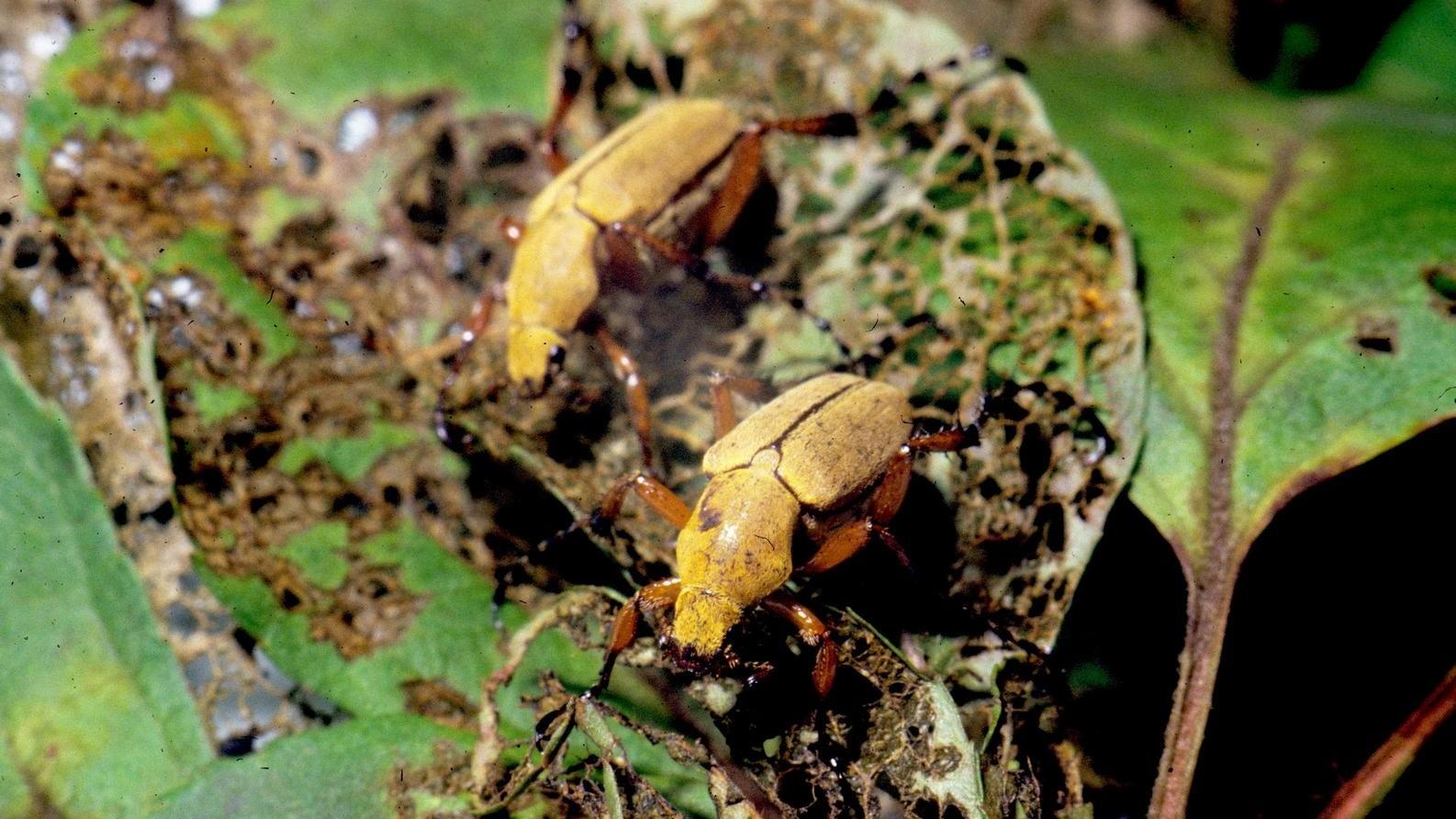 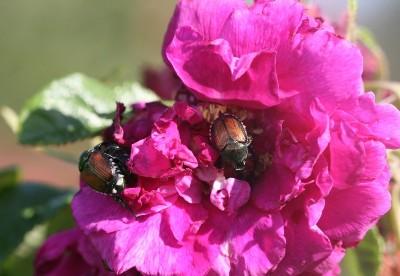 The Japanese beetle is a major pest of lawns and ornamental plants in Maryland. Adult beetles feed on more than 275 species of plants, but especially like plants in the rose family. Grubs (larvae) feed on the roots of turfgrasses such as Kentucky bluegrass, fine fescues, ryegrasses, or bentgrasses. 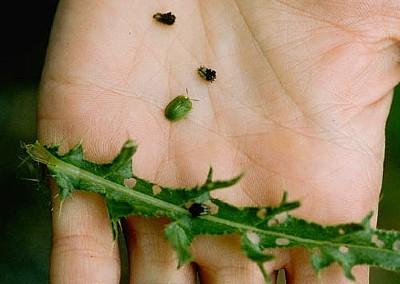 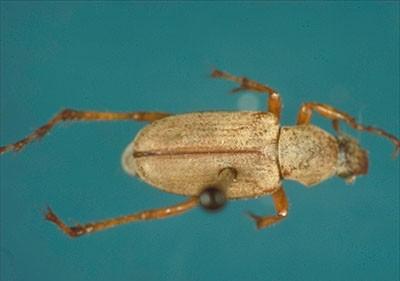 The rose chafer is another pest of ornamental plants. It prefers to feed on rose and peony flowers but also attacks apple, cherry, elm, wisteria, Virginia creeper, dahlia, foxglove, and other plants. Adult beetles are about 3/8" long. Larvae are white grubs and are about 3/4" long when grown. The adult beetles eat flowers and skeletonize the leaves of ornamental plants. The grubs feed on roots of grasses, weeds, and ornamentals in sandy areas. The adults feed in the daytime and may be found on skeletonized foliage and flowers of preferred host plants in sandy areas from late May through early June (in Maryland). In light infestations, pick off and destroy adult beetles. Heavy infestations may require the application of a residual insecticide to protect flowers and foliage of desirable plants. 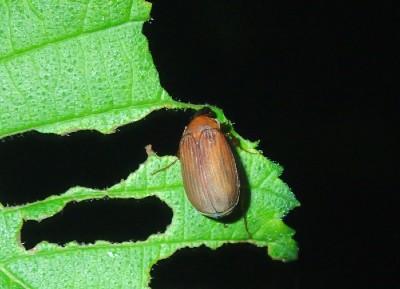 Another beetle that may be found feeding on a wide variety of ornamental plants is the Asiatic garden beetle. Adults are about 3/8" long and feed on about 30 plants including aster, chrysanthemum, dahlia, goldenrod, and strawflower. Adults are nocturnal and are seldom seen. The beetles begin feeding at the leaf edge and may consume the entire leaf leaving only the midrib. Check damaged plants at night for the presence of the beetles. (Control is the same as above). The larvae or grubs feed on turf roots.

Chews small round holes in sweet potato vine and morning glory. Control is usually not necessary. 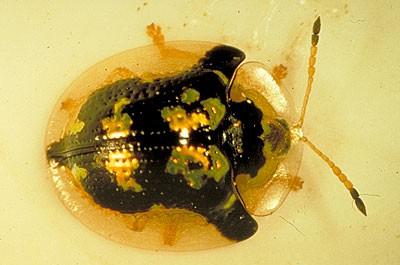