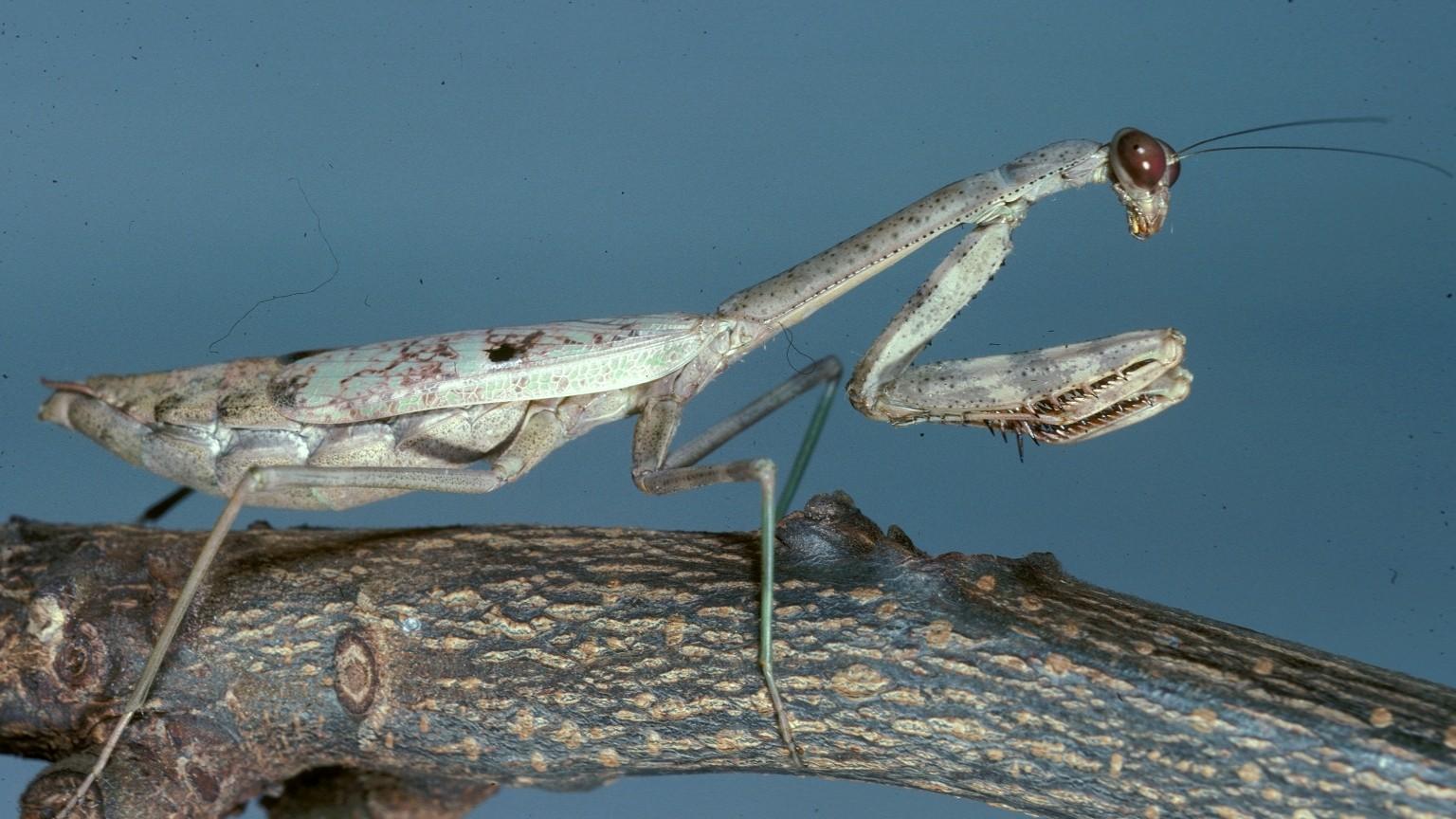 Life stage(s) that feed on pests: Immatures (nymphs) and adults

Insect(s) fed on: Virtually anything they can capture, including other beneficial insects

Egg case: A hardened, straw colored, foam-like mass called an ootheca, attached to small stems and twigs and containing dozens to hundreds of eggs which overwinter within its protective walls and hatch in spring. The ootheca of the native Carolina mantid is longer and narrower than that of the Chinese mantid.

Immatures: Resemble adults but are smaller and lack wings.

Adults: Large, 2-5” long, slim with elongated thorax and abdomen (long bodies), brown or green in color, with very large eyes and distinctive, enlarged, grasping (raptorial) forelegs. The largest is the Chinese (3 - 5”), which may be brown or green but has a light green or yellow stripe along the edges of the wings. The European is of medium size (~3”), more commonly green, with a black-ringed, white “bull’s eye” spot on the inside of each foreleg. The Carolina is the smallest (2 - 2 1/2”), green or mottled gray/brown in color. The flightless Carolina female is very stout with ¾ length (shortened) wings, but the slender male flies well.

Where to find: Praying mantids often wait on flowers, shrubbery, and other plants for their prey. Both sexes of the Chinese and European mantids, and male Carolina mantids, fly well and are often seen at lights after dark in search of prey. Gravid female mantids may be unable to fly.

How to attract and conserve: Although praying mantids feed on many pest insects, they also feed on beneficial insects, as well as cannibalizing one another. This gives them limited value as bio-control agents, but if you find them in your garden you should leave them undisturbed – you can be sure they will devour at least some pest insects. Avoid damaging sprays of residual insecticides to trees, shrubs, and flowers. 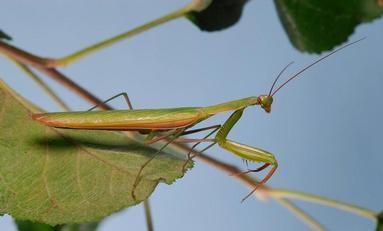 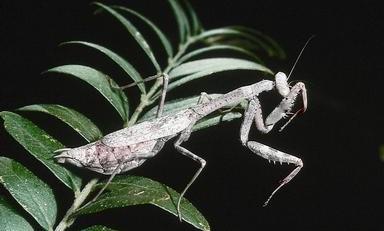 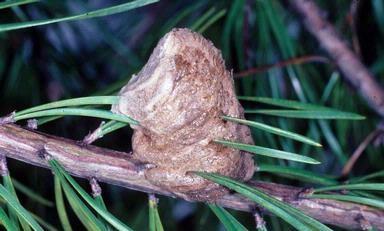 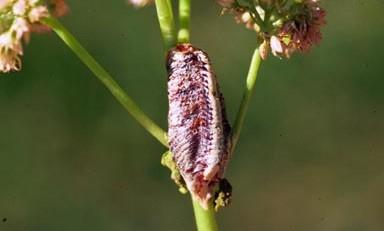