Late Blight of Tomato and Potato 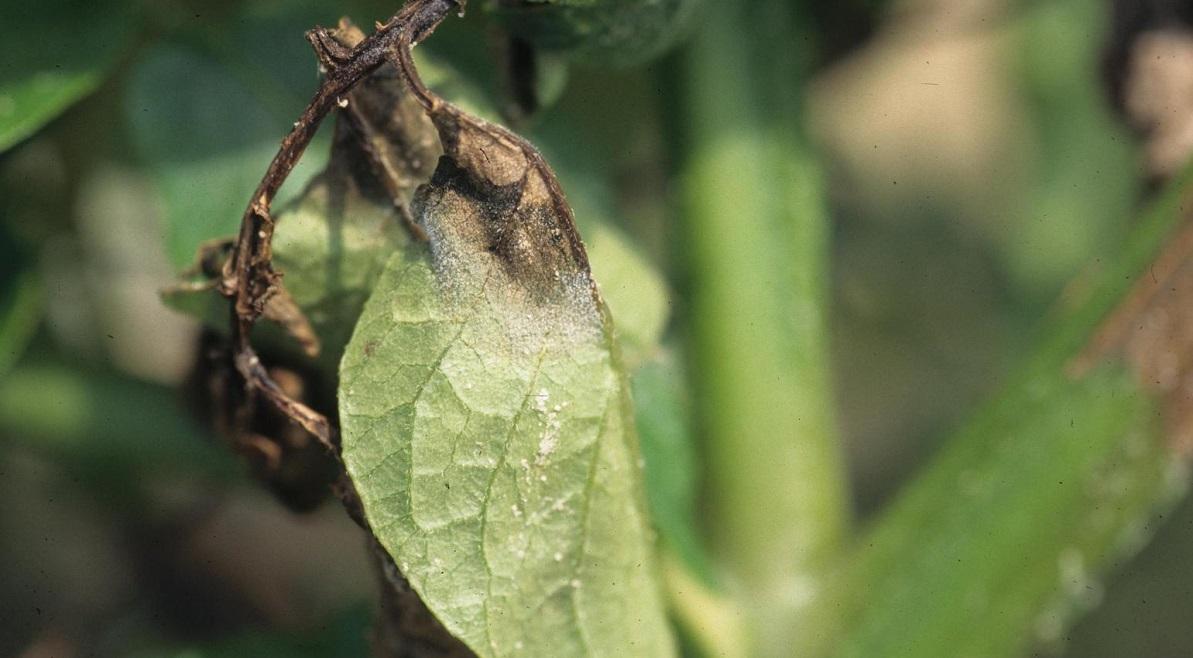 Will late blight be a problem for vegetable gardeners this season?

We hope not, but nobody knows the answer to this question right now. Maryland has not had a significant blight outbreak since 2009. It was devastating for many backyard and community gardeners in Maryland and other East Coast states who witnessed the rapid decline and death of infected tomato and potato plants. In current years there have been scattered outbreaks of late blight but nothing as serious as what occurred in 2009.

A number of strains of Phytophthora infestans were identified from different east coast states in 2009. The number of strains present is not as important as whether or not two mating types occur. For sexual reproduction to occur, two mating types- A1 and A2- must be present. The presence of the two mating types allows the disease to overwinter in the soil. The most prevalent strain in Maryland seems to be US-23, an A1 mating type that can only overwinter on live plant tissue (e.g., potato tubers left in the ground). The reason for the severe outbreak in 2009 was the early introduction of inoculum on tomato transplants sold through retail stores, along with conducive weather (wet with cool nights and warm days).

Late blight of tomato and potato is a potentially destructive fungal disease in Maryland home gardens. This is the same disease that caused the Irish potato famine in the 1840s. Late blight can occur at any time during the growing season when the weather is cool and wet. The disease is slowed down by a return to hot, dry weather. Gardeners in cooler areas of Maryland may see late blight symptoms more regularly. The most recent widespread infection in home gardens occurred in 1994 and 2009.

Lesions develop on leaves and stems as dark, water-soaked spots. These spots enlarge until the entire leaf or stem turns brown and dies. Dead leaves typically remain attached to stems. Under favorable conditions, a white mold will appear on leaf undersides. Infected tomato fruits develop shiny, dark, or olive-colored lesions which may cover large areas. Infected potato tubers develop a dry, corky rot that often shows up in storage. When the infection is severe, a foul odor is produced in both crops.

Late blight is brought into the garden from infected transplants and seed potatoes or maybe blown in from neighboring areas. However, more virulent strains of the late blight fungus may over-winter in soils and plant residues. Remove weeds in the tomato/potato family (e.g. horsenettle, Eastern black nightshade, jimsonweed) because they can also be infected.

What can I do now?