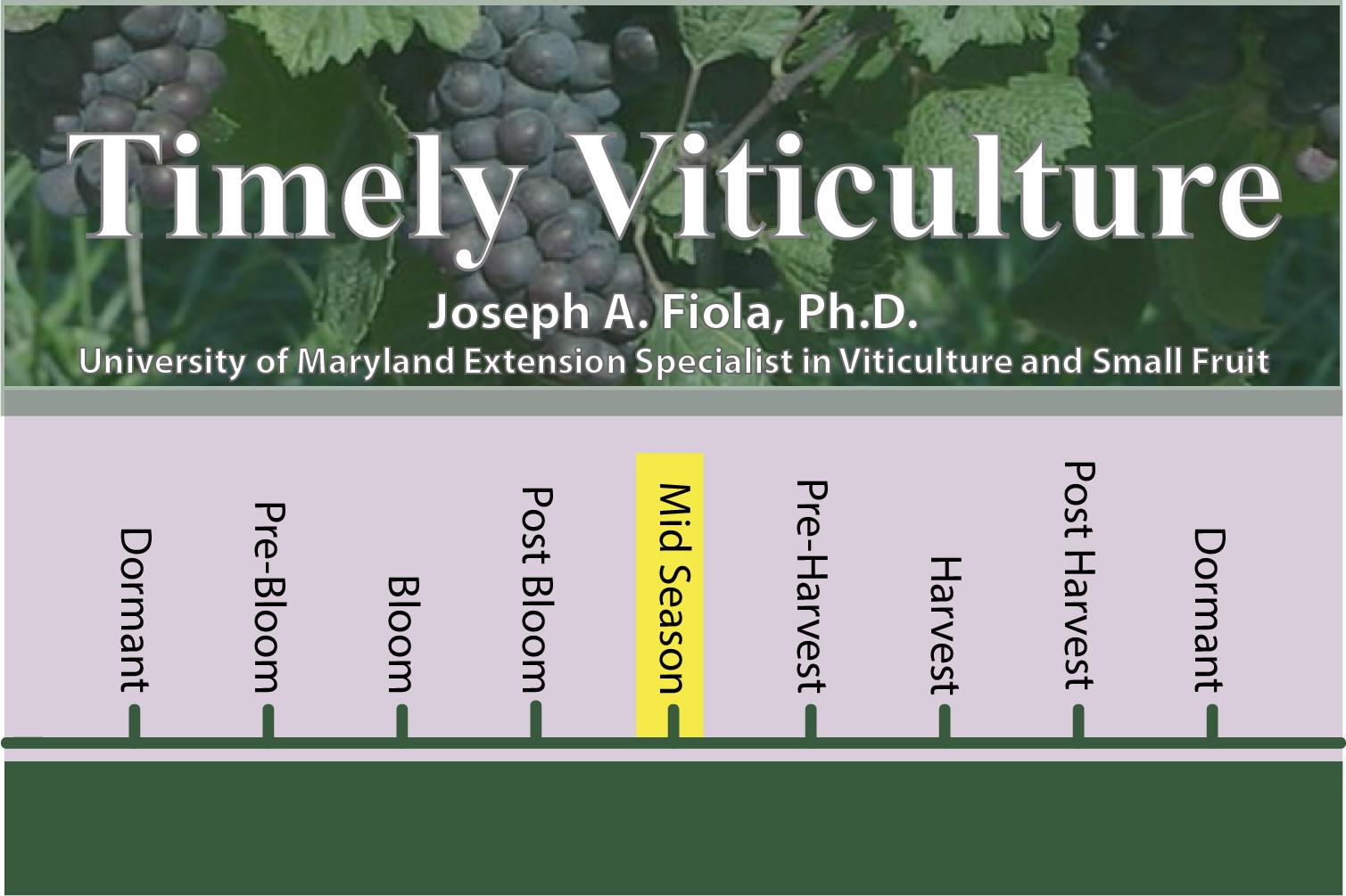 Japanese beetles can periodically be a significant pest in Maryland vineyards. They create large holes in the younger leaves of vines and cause severe lacing and even fruit damage in heavy infestations. The population build-up is typically periodic and cyclic and may require control tactics in years of large infestations. Always be extra careful with young vines as they cannot tolerate severe defoliation.

For further information on the biology and control of Japanese beetles, check out the following websites

Timely Viticulture is designed to give those in the Maryland grape industry a timely reminder on procedures or topics they should be considering in the vineyard.