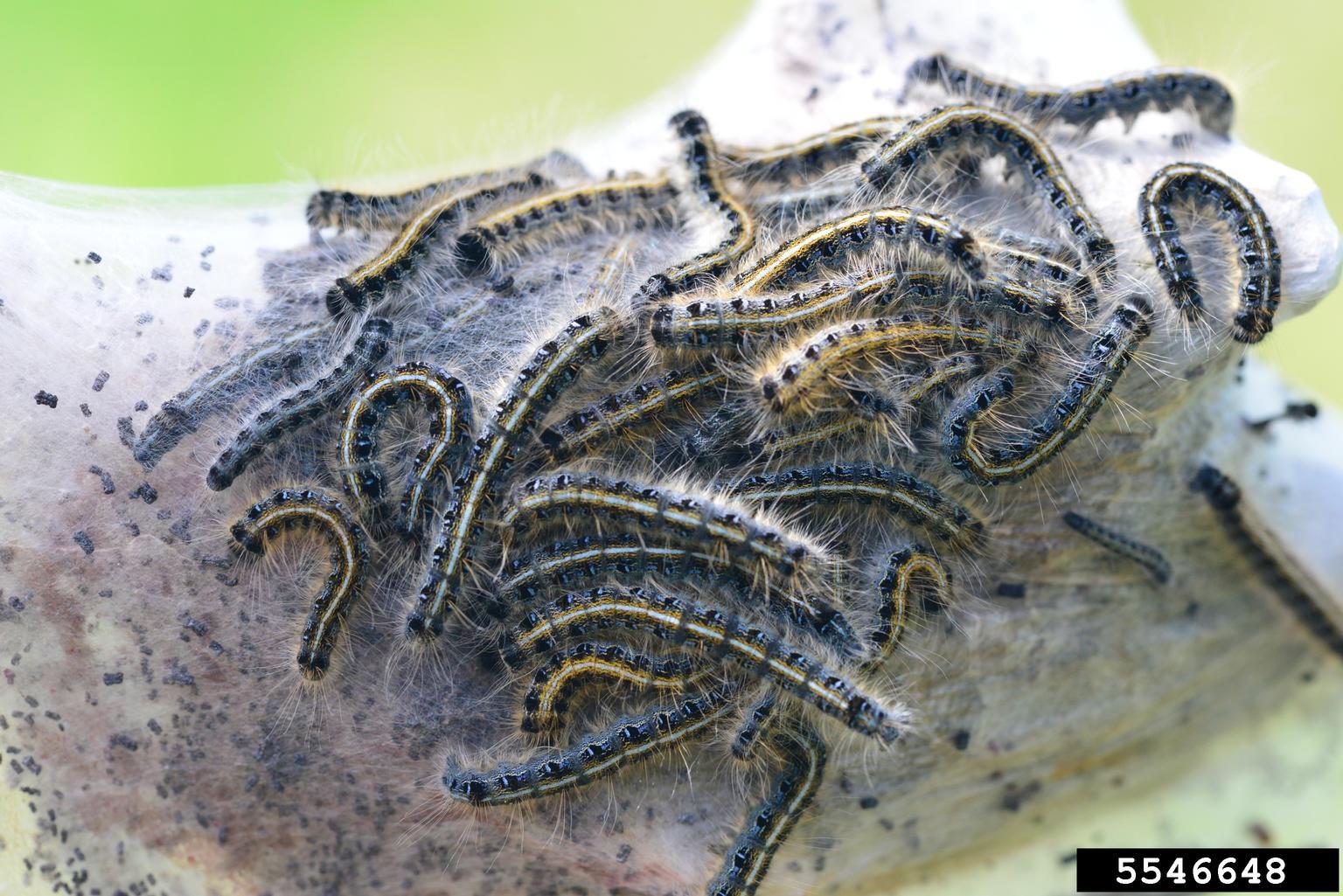 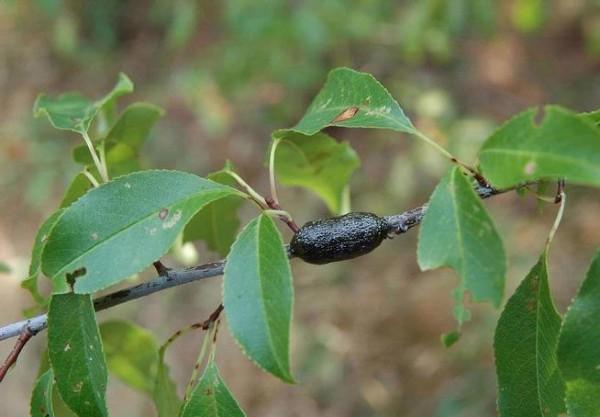 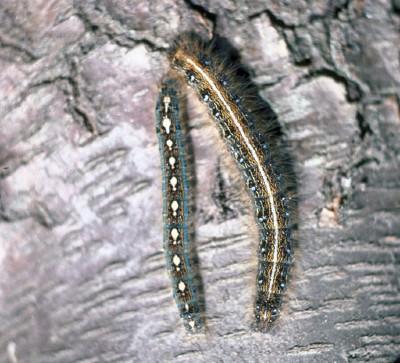 In severe outbreaks, caterpillars can defoliate entire cherry trees. Leaf loss will weaken these trees, but defoliation often occurs early enough so that wild cherries can replace the eaten leaves with new ones. However, other tree species may be killed because they don’t have enough time to grow a new set of leaves for food production and storage needed for winter survival. 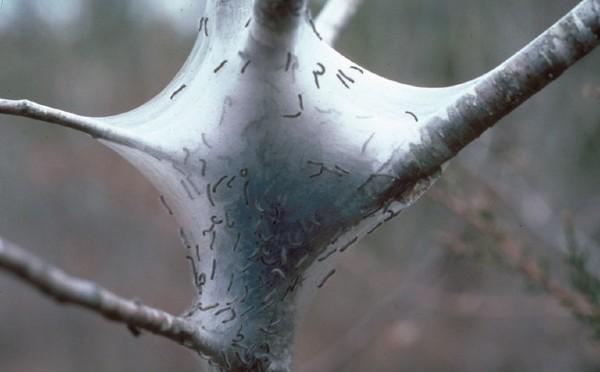 If spraying is essential, use Bt (Bacillus thuringiensis) as soon as the silk tents are observed in early spring. It is a natural insecticide that only affects caterpillars. Bt is harmless to humans and animals. It must be sprayed on leaves the caterpillars will eat. Bt must be used in April since only young caterpillars are highly susceptible to this insecticide. It is available under many trade names including Thuricide, Dipel, Caterpillar Attack, Biotrol, etc.

USE INSECTICIDES WITH CARE. READ THE LABEL DIRECTIONS. FOLLOW ALL SAFETY PRECAUTIONS. Mention of trade names does not constitute an endorsement by University of Maryland Extension.