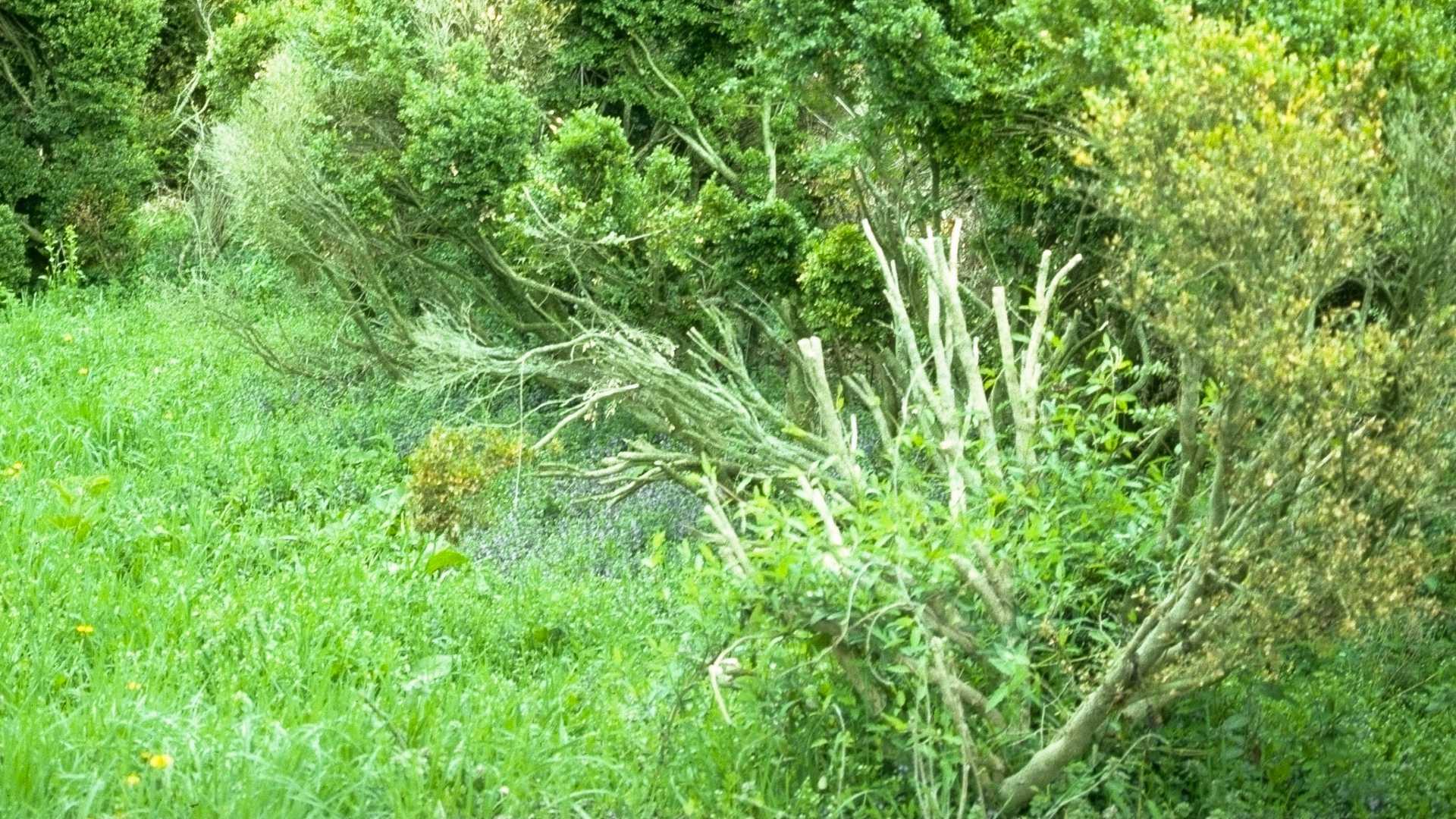 Often the term "decline" is used as a catch-all phrase for poor boxwood growth, which is caused by a combination of factors. Most often, this occurs on older, well-established shrubs.

Stresses from drought or excess water, excessive mulch, soil compaction, deep planting, the addition of soil over the root zone, and root injury from construction all can lead to poor growth of boxwoods.

With the exception of vole damage, most of the management strategies for decline symptoms are horticultural.

A very common problem of boxwood that causes poor growth is feeding damage from a mouse-like animal called a vole. Voles will kill stems and roots by stripping the bark near the base of the plant. Vole damage can be diagnosed by gnawing injury on stems and roots, as well as the evidence of runways, and small holes in the surrounding areas near plantings. Voles can be trapped with mouse traps set at right angles to the runways baited with fresh fruit pieces or peanut butter.

Light-colored foliage may indicate a lack of nitrogen. Additional nitrogen can be added with an application of a 10-6-4 fertilizer at the rate of 1lb per 100 sq feet. The best time to fertilize is October through November. Boxwood has a very shallow root system that can be easily damaged by over-fertilization. Apply fertilizers when adequate soil moisture is available or supply irrigation water at the time of fertilization. In addition, do not cultivate near boxwoods since this practice can damage their shallow roots.

Boxwood requires only light applications of mulch. Mulch applications should be no more than an inch deep. Excessive mulching can contribute to the production of adventitious roots in the mulch layer that are prone to desiccation during dry periods. In addition, voles prefer deep mulches for their activities.

The most appropriate pruning method for boxwood is thinning out branches from the center of the plant to increase sunlight penetration and promote better air circulation. Shearing is not recommended because it stresses plants and encourages dense foliage prone to leaf spots and stem canker diseases. The best time to thin boxwood is December through February. Boxwood exposed to full winter sun with southern exposure will tend to show winter burn symptoms and the foliage may turn an orange color. Desiccation from winter winds and low temperatures can also cause branch dieback. If branch dieback hasn't occurred, this off-color foliage should recover during the growing season. Prune out any dead or dying branches.