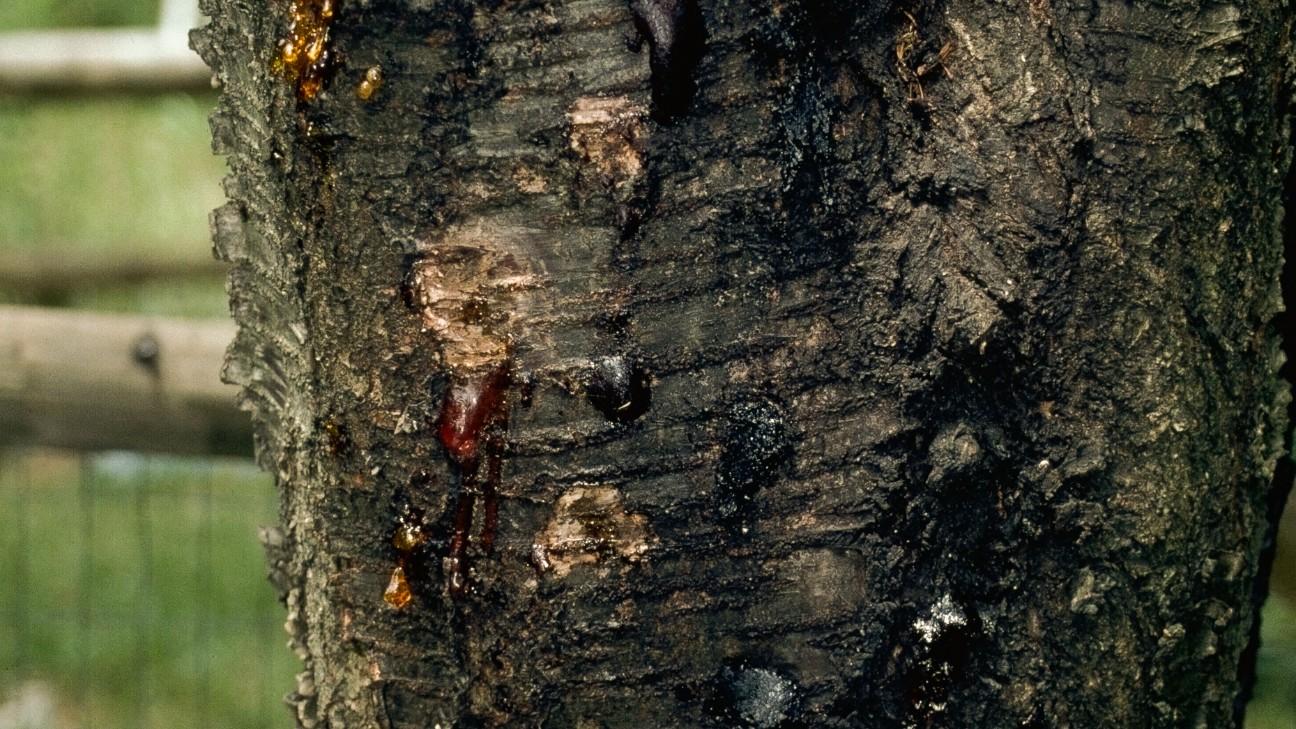 Sap and gummosis on a cherry tree trunk, symptoms of a borer infestation. Photo: Ellen Hartranft

They are the larvae or caterpillars of clearwing moths. The moths resemble wasps in appearance. Common examples are peach tree, lesser peach tree, dogwood, lilac, and ash tree borer. Larvae of these borers are creamy colored with brown heads. Signs of damage include holes in the bark, reddish frass in bark crevices or around the bottom of the tree and branch dieback. In the case of peach tree and lesser peach tree borer in flowering cherries, gummosis may be present.

To help prevent borers, especially in Prunus (cherry, plum), keep mulch away from the base of the tree. Keep trees well watered during dry periods. Avoid wounding the trees, especially with lawn mowers and string trimmers. Beneficial nematodes may be used to control these caterpillar borers as long as there is no gummosis. Follow package directions and spray in the evening.