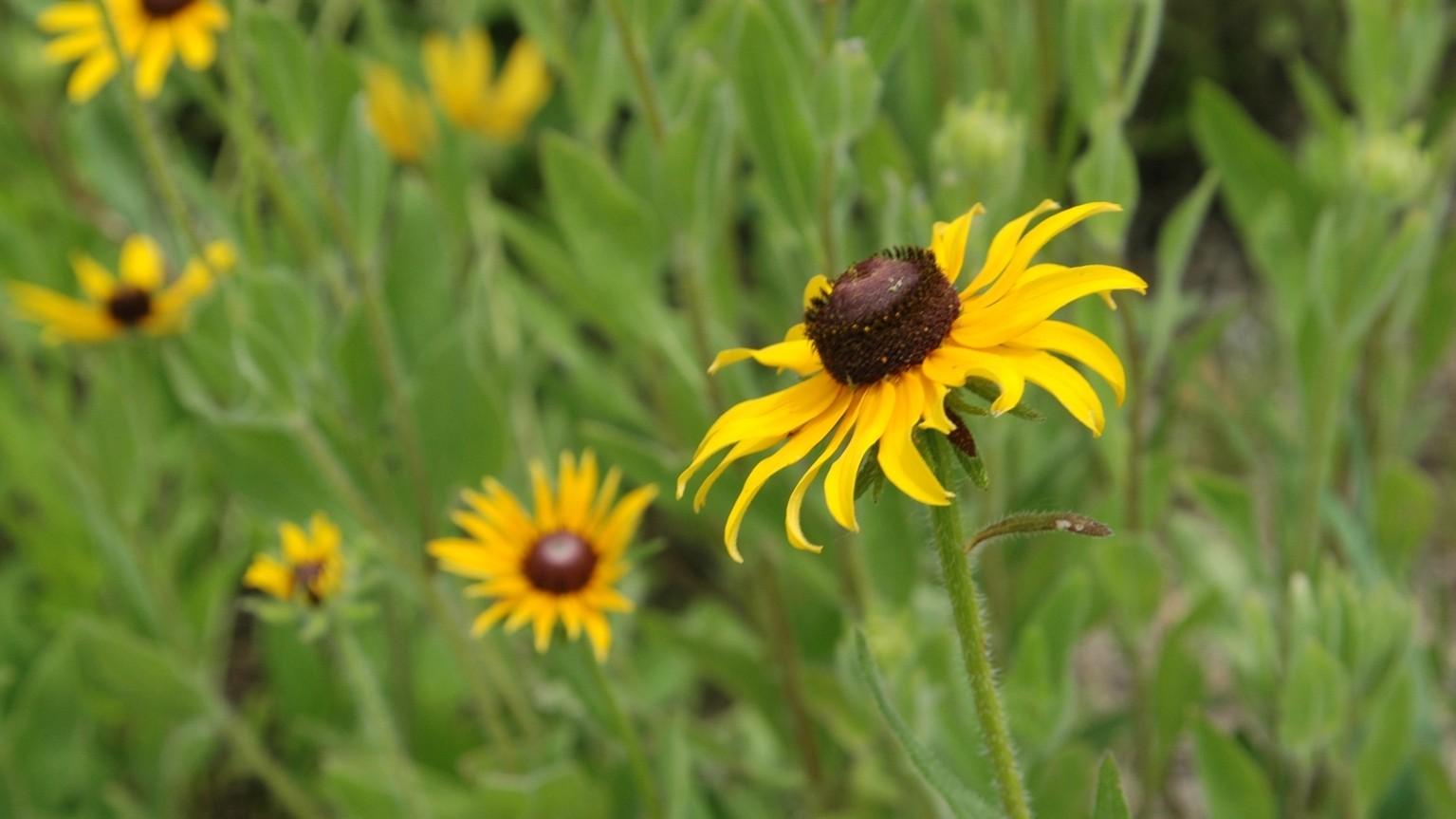 Maryland Distribution: The common black-eyed susan found all across Maryland is R. hirta var. pulcherrima. It is most likely to occur in places where the soil has been disturbed, for example roadsides and old fields. Another variety, R. hirta var. hirta, has a range that extends from Western Maryland into the prairie states, where it is mostly found in undisturbed soils, often in the woods.

Special Note: It is surprising how little is known about Maryland's state flower and how much inaccurate information you will find both online and in literature about gardening with it. Currently, according to the Flora of North America, botanists recognize four different varieties, each associated with different geographic regions of North America. It is likely that each variety has genetic adaptations to the region where it is native. Confusion among garden writers results partly because the Maryland plants used to be classified as R. serotina, R. monticola, and R. brittonii. Further confusion results when authors turn to older references or references from other parts of the country to read about R. hirta, not realizing the information does not pertain to the plants they know from Maryland. Some of the incorrect information you may come across will indicate that R. hirta isn't native to Maryland, or that it is an annual or biennial. Those statements do not apply to our locally native varieties. (S. Tangren 4/2/15)

Height: 1-3 feet
Blooms: taxi cab yellow with black eye; June - October
Sun: Western Maryland black-eyed susans are more tolerant of shade; our state-wide black-eyed susans do best in full sun to part sun.
Soil: Moist to dry. Soil texture and pH preferences, if any, are unknown. The R. hirta of Western Maryland tends to be associated with undisturbed soils, while the remainder are associated with disturbed areas like old fields and roadsides.

Garden Use & Maintenance:  A relatively short-lived perennial. The Western Maryland variety is probably good in perennial borders with varying degrees of shade. The variety found in disturbed soils over the rest of the state seems subject to disease if left in one spot too long, but is excellent for meadows, roadsides, and free-style gardens where it is allowed to self sow and move about. Excellent cut flower. Cones interesting in the winter garden or in dried arrangements.