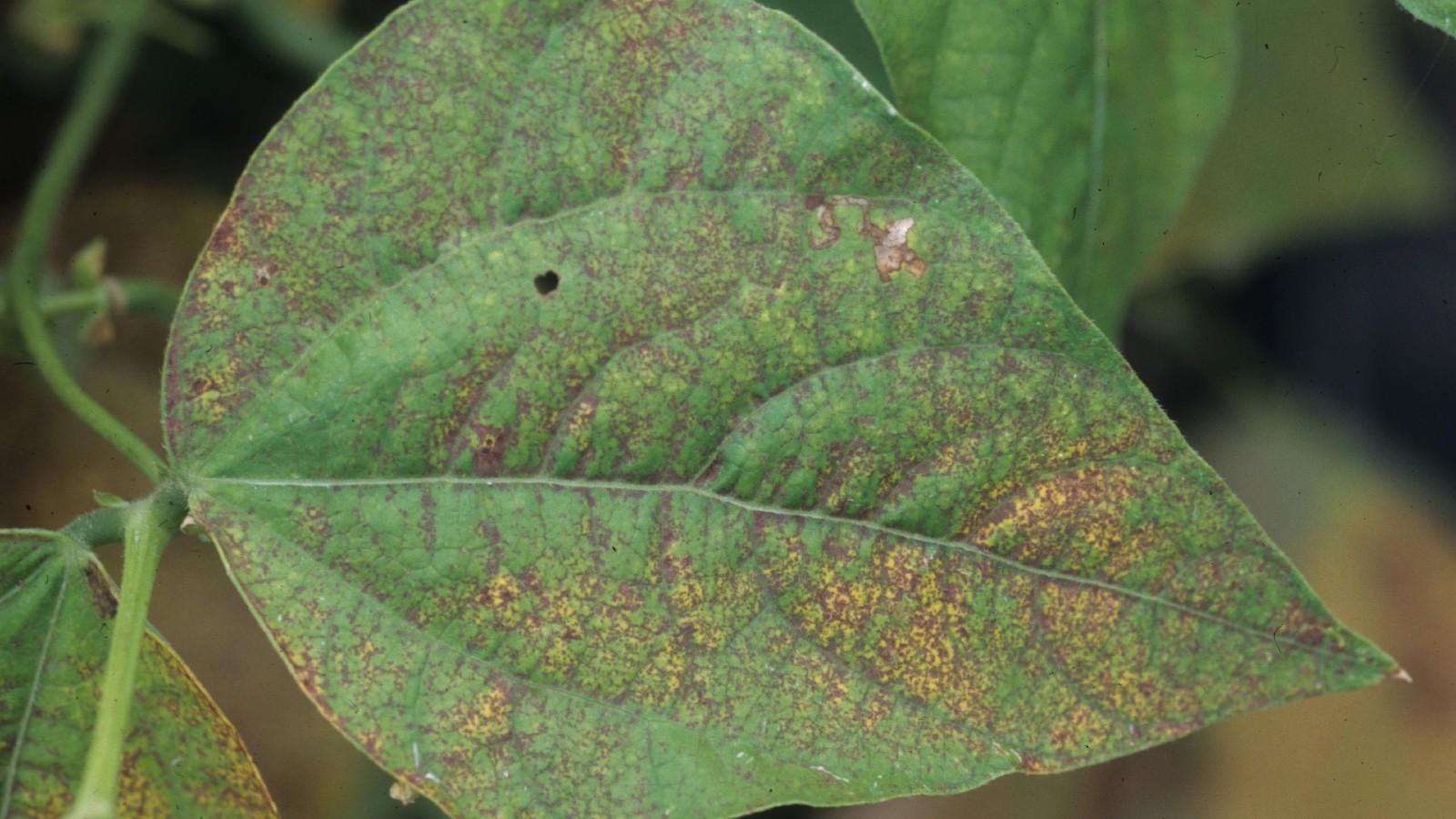 The severity of plant damage caused by air pollution varies with plant species, the time of day and with environmental conditions such as heat, wind conditions, sunlight, and soil type. Ozone, PAN, and Sulfur dioxide are common air pollutants

(O3) is the most common air pollutant in the eastern United States. It is absorbed through the leaf pores, which damages cell membranes, causing cells to collapse. Symptoms include stippling (tiny white spots) or flecking, bronzing, and bleached dead areas. Upper leaf surfaces may have white to tan, purple, or black flecking, which may also be visible on the lower leaf surface of some plants. Damage usually occurs when ozone concentrations are highest: during the early afternoon in mid to late summer when the air is still. Symptoms are often more severe on leaves exposed to direct sunlight and on plants growing in moist, light (sandy) soils with good fertility. Older leaves are most sensitive. Plants that are sensitive to ozone include tomato, pepper, bean, watermelon, and other cucurbits.

Sulfur dioxide (SO2) damage on vegetables

The injury occurs primarily near industrial areas. Symptoms appear as ivory to brown areas between the veins (interveinal) and along the leaf edges. Uninjured tissue next to the veins remains green. Injury is likely to occur at mid-day on plants growing in moist soil. Nitrogen dioxide causes similar symptoms, but damage occurs at night.